Cinnamon is thought to be able to improve blood sugar control in people with prediabetes and slow the progression to type 2 diabetes.

Cinnamon could be the miracle spice to control blood sugar and slow the progression of patients with prediabetes to type 2 diabetes. Prediabetes affects people who have a blood sugar between 1.10 and 1.25 grams per liter while one is considered diabetic when it exceeds 1.26g / l and a normal blood sugar is between 0.7 and 1.10g / l. This finding is the result of a study by researchers at the Joslin Diabetes Center in Boston and the endocrinology division of the Beth Israel Deaconess Medical Center, the results of which were published in the Journal of the Endocrine Society on Tuesday, July 21.

“We are looking for safe, sustainable and cost-effective approaches to reduce the progression of prediabetes to type 2 diabetes,” said Dr. Giulio Romeo, lead author of the study. With this in mind, they turned to cinnamon, which is known to improve blood sugar levels. Researchers also reported on other research that had found this spice to be more effective than diet alone at lowering blood sugar levels and improving bad cholesterol levels. Some traditional medicines, like Ayurvedic medicine, use cinnamon to treat respiratory and digestive problems.

To test cinnamon, the scientists conducted their study on 51 patients who had high blood sugar and added the spice to their diet. They gave the participants a 500 milligram capsule of cassia cinnamon or a placebo three times a day for twelve weeks. They then used a very sensitive fasting plasma glucose test to measure each person’s response and observed that the blood glucose levels of people on cinnamon would not rise as high as participants on the placebo after meals and would return to their baseline much faster.

These results suggest that the addition of cinnamon in the diets of people with prediabetes would be highly beneficial. The scientists want to expand their research to study the effect of cinnamon in patients with type 2 diabetes. “Our study showed the beneficial effects of adding cinnamon to the diet to keep blood sugar stable in participants with prediabetes,” reported Giulio Romeo. “These results justify longer and larger studies to determine whether cinnamon can reduce the risk of developing type 2 diabetes over time.”

These results confirm the benefits of cinnamon against blood sugar, which have been identified for many years. Dietitian Lisa Drayer confirms the benefits of this spice to CNN. “I think the bottom line is that cinnamon is a perfect pantry staple, a pleasant spice that can add flavor to foods for minimal calories, with antioxidant properties that may give an edge to those looking to better control their blood sugar. But we need to see more research before we can make strong health claims binding cinnamon to reduce disease risk or improve health.” 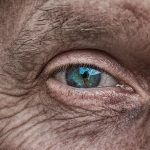 Previous post AMD: a track against resistance to treatment