The New England Journal of Medicine reports the death of a laboratory assistant in 2019. Seven years after a laboratory accident, she developed Creutzfeldt-Jakob disease, better known as “mad cow disease” “.

Emilie H. was manipulating a mouse when she cuts herself on May 30, 2010 in a laboratory in Jouy-en-Josas (France). The rodent was inoculated against the new variant of Creutzfeldt-Jakob disease (vCJD). The young woman was wearing gloves at the time, which were torn during the incident. A few minutes later, she contacted a nurse and her wound was disinfected. The incident was classified as an industrial accident, but it is only 7 years later that it will resurface. In 2017, Emilie H. presented symptoms of vMJC. She will be diagnosed in April 2019, and will die a few months later from the disease, at 33 years old.

The New England Journal of Medicine (NEJM) explains that the young woman felt pain in the right shoulder and in the neck around November 2017. In the following six months, her case got worse and the whole right part of her body was in pain. From January 2019, she started to hallucinate and showed memory problems. In April, the disease was diagnosed by the National Creutzfeldt-Jakob Disease Reference Cell at Pitié-Salpêtrière Hospital. According to a publication by the French Association for the Advancement of Science (AFAS), the cell concluded that the origin was compatible with “accidental contamination in the workplace”, in particular due to “occupational exposure to an bovine agent and/or a Creutzfeldt-Jakob disease agent “. The NEJM explains that the clinical characteristics of the patient and the neuropathological analysis carried out post-mortem are similar to those of 27 patients who suffered from vMJC in France.

Contamination linked to the accident

The track of oral contamination by ingestion of contaminated meat is unlikely in this case, since the last two confirmed cases of vMJC died in 2013 and 2014, well before the young woman’s first symptoms. “The transdermal exposure to material contaminated with prions is plausible in this patient, explains the scientific journal, because the prion strain that she had handled was compatible with the development of vMJC.” The prion is a protein found naturally in the body and which can become pathogenic. “The 7.5-year delay between the laboratory accident and its clinical symptoms is consistent with the incubation period in the transfusion-transmitted form of the disease,” add the scientists.

A complaint filed by her family

In June 2019, a complaint for “manslaughter” and “endangering the life of others” was filed by the victim’s family, as reported by BFMTV (French). It targets the National Institute of Agronomic Research, the young woman’s employer at the time of the accident. “There is absolutely no doubt about the direct link between the injury she suffered in 2010 and her death,” said family lawyer Julien Bensimhon. According to the complaint, the laboratory was not up to standard, the safety equipment was not adequate and there was no medical follow-up after the accident. An expert mission was opened by the Paris Administrative Court. 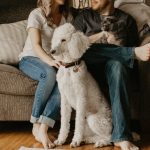 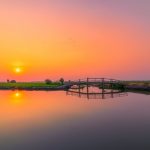