The European Space Agency has just announced this Thursday, June 10, 2021 that the EnVision mission to Venus has been officially selected. Complementary with the last two NASA projects, the EnVision must bring a new perspective on the planet closest to Earth.

It’s now official: The European Space Agency (ESA) has chosen the EnVision mission to Venus, following the announcement of two projects to the same planet by NASA. Indeed, just like the two projects recently selected by NASA, EnVision should leave at the earliest in 2031. Its objective: answer a long list of questions: Why Venus, which looks like Earth, has known such a different climatic history that made it particularly hostile? Has this planet been home to an ocean, and who knows, life? Does Earth have the same fate as Venus?

These questions are all challenges that the mission will try to meet with the help of its many instruments. EnVision will study the different layers of our neighbor, from its atmosphere to its subsoil, including its surface. The equipment that will ensure the success of these operations comes from both ESA and NASA. The project is therefore the result of a great international collaboration. These combined efforts, following the previous Venus Express and Akatsuki missions, will therefore have a whole new dimension.

This renewed interest in Venus is not so much about getting to know this planet so close to Earth for itself. In fact, it could be almost secondary in the eyes of scientists. It appears, at least in the press release from the European Space Agency, that the new knowledge about this world could be used both for work on exoplanets and for the Earth itself.

“What history did Venus experience to arrive at this state and does this foretell Earth’s fate should it, too, undergo a catastrophic greenhouse effect? Is Venus still geologically active? Could it have once hosted an ocean and even sustained life? What lessons can be learned about the evolution of terrestrial planets in general, as we discover more Earth-like exoplanets?” the press release says.

The European Space Agency will lead the mission by ensuring all the supervision. A European industrial prime contractor will also be retained to build and test EnVision before its launch. As for the launcher, it will be an Ariane 6 rocket that will be used. Finally, the majority of scientific instruments will be provided by European teams.

But as often in space matters, international cooperation is never far away. NASA will provide synthetic aperture radar (VenSAR) and make available the Deep Space Network, a network of three earth stations deployed in Spain, in Australia and the USA to communicate with distant space probes.

Regardless, the news of the European mission was greeted by NASA: “Then there were 3! Congratulations to @ESA on the announcement of their EnVision mission to Venus! We are excited to collaborate with you on this bold endeavor and to work in concert with @NASASolarSystem’s DAVINCI+ and VERITAS. It’s a Venus hat-trick!,” tweeted Thomas Zurbuchen, associate administrator.

In the past, several exploration missions were launched in the direction of Venus, either as a primary objective or as a flyby of opportunity. Recently, there was the Venus Express mission between 2006 and 2014 by the European Space Agency. To date, the only ongoing mission is a Japanese mission, Akatsuki, in orbit since 2015. It is due to be completed soon.

For the European Space Agency, this mission will greatly increase knowledge about Venus. “The trio of new spacecraft will provide the most comprehensive study ever conducted on Venus,” the statement read. Now it remains to actually design this probe and then build it, before sending it into space.

News around EnVision has only just begun: ESA is banking on take-off at the earliest in… 2031, or even 2032 or 2033. Then, we will have to wait another fifteen months to reach Venus and then another sixteen months to finalize the insertion of EnVision into orbit, in order to have a very circular trajectory around the planet, at a very low altitude, between 220 and 540 kilometers above sea level. 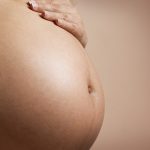 Previous post The effect of coffee consumption during pregnancy 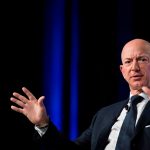