It is important to drink enough during pregnancy: between 2 and 3 liters per day. Drinking regularly helps keep you hydrated and helps eliminate wastes from the mother’s body and baby’s body through the urine. Along with dietary fiber, water also helps prevent constipation.

Water is the best drink. Fruit and vegetable juices, broths, soups and milk also contribute to total water intake. There are, however, restrictions on coffee, tea, sodas, and energy drinks, as these drinks contain caffeine. As for herbal teas, some plants are contraindicated for pregnant women.

Conversely, sometimes pregnancy makes a pregnant woman more sensitive to the effects of caffeine. In addition, excessive consumption increases the risk of miscarriage and premature birth.

A team attached to the National Institutes of Health (NIH), the American government institutions that deal with medical research, wanted to clarify the debate. For this, some 2,000 pregnant women have been recruited from a dozen hospitals across the country. The average age was 28 years old, with no history of smoking or chronic illness.

The researchers evaluated their caffeine consumption, mainly coffee or soda, using two methods: the estimate by the women themselves and the “objective” calculation by blood analysis (plasma concentrations). They were then divided into four groups: no caffeine, low consumption (no more than 50 mg per day), average consumption (between 50 and 200 mg), high consumption (more than 200 mg). Measurements on newborns were taken at least twice between one and three days after birth.

A definite effect of caffeine

First, the higher the consumption of caffeine (beyond 200 mg), the greater the risk of giving birth to a child of smaller size, lower weight, smaller head circumference, as well as smaller arms and thighs. Then, an increased risk is also found in women who consumed low to moderate amounts, compared to those who did not drink caffeine during pregnancy. The worry should not be excessive: in most cases, at reasonable doses of caffeine, the differences are small. Nevertheless, they are there, and they reflect a certain effect of caffeine on fetal development.

The mechanisms behind the effect of caffeine are poorly understood, but they could refer to a phenomenon of vasoconstriction (tightening of blood vessels) between the uterus and the placenta. The advice, therefore, is to try to limit your caffeine consumption as much as possible, knowing that it can come from various drinks but also from foods (mainly dark chocolate with a high cocoa content). 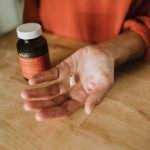 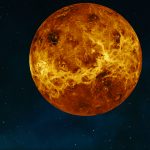