Heat waves are becoming more common in almost every part of the world. That’s according to a new study published in the journal Nature Communications. For their research, the scientists studied heat waves recorded since the 1950s.

The results are clear and very consistent; the number of heat waves worldwide is increasing sharply. Also, the heat waves last longer and longer. And the cumulative heat is also increasing rapidly.

The research by Perkins and colleagues shows that Australia experienced a cumulative heat of as much as 80 degrees Celsius during the most intense heatwave season ever. And in Russia and the Mediterranean, in the most extreme seasons there was even a cumulative heat of 200 degrees Celsius or more. It has taken the researchers by surprise, perkins says. “We didn’t expect such high values.”

That heat waves are becoming more common and lasting longer worldwide is less surprising. “We know that changes in global temperatures are making extreme heat more common and increasingly extreme. In fact, only a small change in the average temperature can already lead to quite large changes in the frequency and intensity of weather extremes. Because the world has warmed on average 1 degree Celsius, an increase in the number of heat waves follows and heat waves become more intense.”

What is particularly worrying is that heat waves are changing faster and faster. Their duration is increasing faster and faster. Just like the frequency. “Cumulative heat shows a similar acceleration,” Perkins said. “Globally, Cumulative heat has increased by an average of 1 to 4.5 degrees Celsius each decade, but in some places – such as the Middle East and parts of Africa and South America – there is even an increase of 10 degrees Celsius per decade.” It’s a sign on the wall, Perkins explains. “The dramatic changes that region after region have undergone in the face of heatwaves over the last 70 years, and the rapid increase in the number of heatwaves, undeniably indicate that climate change is happening and that it is all accelerating. This research is just a new piece of the puzzle that shows that human activities does not affect only the global average temperature.”

In order to prevent heat waves from becoming even more severe in the near future, swift action is needed to limit global warming. “It’s a common misunderstanding that climate change is a problem of the future,” Perkins says. “It’s not. It is happening now and many of us will witness the deterioration of the situation.”

On the same subject: 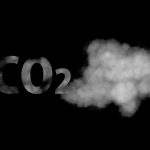 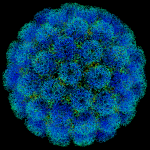 Next post Potential link between HPV and prostate cancer
0 Shares