The head of the International Energy Agency (IEA), Fatih Birol, has warned that the world has only six months to change the course of the climate crisis.

The Paris Agreement was signed in 2015. It was the first universal agreement on climate and global warming (195 delegations concerned). The objective was as follows: by 2100 contain global warming well below 2 ° C compared to pre-industrial levels and continue the action taken to limit the rise in temperatures to 1.5 ° C if possible.

Unfortunately, even if efforts have been made, greenhouse gas emissions are still increasing today. As proof, the concentration of CO2 in the atmosphere reached last month a new record (417.37 ppm (parts per million)), according to data from the observatory of Mauna Loa on the island of Hawaii. Since then, the Covid-19 crisis has arisen, which, thanks to restrictive measures put in place to stem its spread, caused these emissions to fall temporarily by 17% in April compared to last year.

Unfortunately, the latest studies point to the start of a rebound, while many researchers agree that we should instead take advantage of this health episode to change the way we function.

The situation is therefore worrying, and time is running out. Questioned by the Guardian, the head of the International Energy Agency (IEA), Fatih Birol, shared a clear message: this year is the last we have if we are to meet the challenge of the climate crisis.

“If we do not act now, we will certainly see a sharp rebound in emissions. And if emissions rebound, it seems very difficult to imagine how they could be reduced in the future, he said. Therefore, we urge governments to have sustainable recovery plans. “

The IEA, which advises developed countries on their energy policies, has calculated that $ 9 trillion will be injected into the economy over the next few months by governments around the world to deal with the coronavirus crisis.

These stimulus packages, said the expert, will shape the shape of the world economy for the next three years. During this period, he continues, emissions will already have to start falling sharply and definitively, otherwise the climate targets will be irreparably out of reach.

“The next three years will determine the course of the next 30 years and beyond,” warns the researcher.

To finance it, the report estimates that global investments of 1,000 billion dollars (890 billion euros) – about 0.7% of global GDP – will be necessary each year between 2021 and 2023. If this condition is met, the organization believes that this plan would make it possible to durably reduce greenhouse gas emissions and air pollution. It would also accelerate global economic growth by 1.1 points per year and create or save 9 million jobs per year. 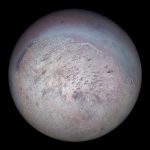 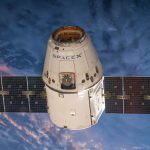