The avocado is a fruit that is rich in nutrients and has health effects that are becoming increasingly well known.

Indeed, avocado is said to have a positive influence on your weight and on excess belly fat, an important cardiovascular and metabolic risk factor.

This belly fat, also called visceral fat, is stored deep in the abdominal cavity, around and between the organs. It is not the same as subcutaneous fat, which is much more superficial in nature. Numerous studies have shown that excess belly fat is an important cardiovascular and metabolic risk factor, as it is the breeding ground for a harmful inflammatory process.

An American team (University of Illinois) states that the regular consumption of foods with a high nutritional value can be a promising non-pharmacological approach to combat this unhealthy fat. The researchers looked at one specific food: the avocado, which is rich in fiber and monounsaturated fatty acids. One fruit (about 136 g each) contains about 13 g of monounsaturated fatty acids, 10 g of fiber, and a series of carotenoids (antioxidants) and bioactive compounds.

The increasing focus on a diet rich in monounsaturated fatty acids and fiber is due to its potential ability to fight overweight and obesity and lower the risk of type 2 diabetes. People who regularly eat avocados generally have a lower body mass index (BMI) and less visceral fat, making the fruit an ideal food source within a slimming diet.

A fresh avocado every day

The American specialists conducted an experiment in a group of people between 25 and 45 years of age (60% women), with a BMI of more than 25 (the class for overweight). They were divided into two groups and monitored for three months. During this period, all participants ate identical meals, with one exception: one of the two groups ate a fresh avocado every day. The authors looked at three criteria: belly fat, subcutaneous fat, and the ratio of belly fat to subcutaneous fat.

The results show that in the avocado group there was a much larger decrease in belly fat, and an increase in the ratio of belly fat to subcutaneous fat, indicating a redistribution of the fat. The best result was observed in women, while the difference between the two groups in men was not significant. “Therefore, our study suggests that regular consumption of avocados is not only a marker of a healthier diet but may also improve fat distribution and weight, with a beneficial effect on metabolic health.” 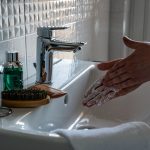 Previous post How to remove mold in the bathroom? 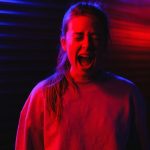