While physical exercise is essential for maintaining good health, its benefits can be diminished or even canceled by too high a blood sugar level.

Being physically active is not only good for your morale, but also for your form: many studies have shown the importance of aerobic exercise for general health. However, these benefits must be supported by a healthy diet because, in the event of hyperglycemia, that is, in the event of abnormally high and chronic sugar levels in the blood, they can be greatly reduced.

This is what a study conducted at the Joslin Diabetes Center in Boston and published in Nature Metabolism reveals. According to its authors, who observed this decrease in gains from aerobic exercise in mice and humans, high blood sugar levels have an impact on fitness. They also found that people with high blood sugar had lower than average fitness levels.

To reach these conclusions, the scientists used two models of mice with high blood sugar levels. A first group of mice ate a Western diet, high in sugar and saturated fat, which resulted in some weight gain in addition to high blood sugar. The other group was genetically engineered to produce less insulin, which caused blood sugar increases similar to the Western diet, even though the mice ate a diet lower in sugar and fat, and maintained a normal body weight. Both groups were then put through a training protocol in which they ran on wheels in their cages to improve their aerobic fitness.

In total, the rodents ran approximately 500 kilometers during the study, but were unable to improve their aerobic exercise capacity compared to the mice that were not hyperglycemic.

How to explain it? Examining the skeletal muscle in these mice in more detail, the researchers found that the muscle tissue was less vascular, which is why the level of aerobic fitness did not increase. The study authors therefore deduced that high blood sugar levels can prevent muscle remodeling.

“The good news is that while our hyperglycemic mouse models failed to improve aerobic fitness with training, they still obtained other important health benefits from exercise, including decrease in fat mass and an improvement in glucose metabolism, nuance Sarah Lessard, lead author of the study. Thus, regular aerobic exercise remains a key recommendation for maintaining the health of people with or without hyperglycemia. ”

According to her, these results show that it is possible in people with chronic hyperglycemia to increase their capacity for aerobic exercise, in particular by adopting a diet with a low blood sugar level, or by taking drugs against diabetes, specially designed to keep blood sugar levels within normal limits. “We often think of diet and exercise as separate ways to improve our health,” Lessard explains. But our work shows that there is more interaction between these two lifestyle factors than was previously known, and suggests that we may want to consider them together to maximize the benefits of aerobic exercise for health.” 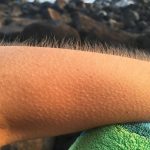 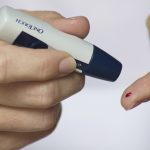