The Moon would have formed following the collision of the Earth with a spatial body the size of Mars, named Theia. This is the most commonly accepted assumption by astronomers. But the discovery of researchers from NASA could well question this scenario. As they searched the craters of our natural satellite for hidden ice, they found unexpected quantities of metals.

With the objective of locating ice, astronomers measured the dielectric constant – the relative capacity of a material to transmit electric fields – from the ground of lunar craters in the northern hemisphere using an instrument of the Lunar Reconnaissance Orbiter (LRO) probe – the Miniature Radio Frequency (Mini-RF). And that’s when they made a surprising discovery. For craters two to five kilometers in diameter, the dielectric constant increases regularly with the size of the crater. On the other hand, for craters whose diameter is between five and 20 kilometers, the constant does not vary.

How does this relate to the amount of metal in the Moon’s subsoil? Since the meteors that form the largest craters are those that dig the deepest surface, astronomers imagined that these high dielectric constant values ​​could be the sign of the the presence, in the subsoil, of iron and titanium oxides in quantity. Thus, only the first few hundred meters below the surface would be poor in metals.

A hypothesis that the researchers were able to confirm thanks to the wide-angle camera of the LRO probe, the Japanese Kaguya mission and the Lunar Prospector mission. The larger craters are richer in metals. This suggests that at depths of between 0.5 and 2 kilometers, there are more iron and titanium oxides on the Moon than at depths of 0.2 to 0.5 kilometers.

This new findings could upset the current model of the formation of the Moon. Most astronomers believe that about 4.5 billion years ago, a collision with a protoplanet called Theia threw much of the Earth’s upper crust into orbit. But this crust is reputed to be poor in metals. And scientists already knew that the lunar concentrations did not quite match. These works show that the difference could be even greater than they imagined.

Other hypotheses of moon formation must therefore be explored. The collision with Theia was perhaps more violent than what astronomers thought and had torn from our Planet, deeper and richer pieces of metals. The collision could also have occurred when our planet was still very young and covered with magma. But this unexpected concentration of metals could also be explained by a complex cooling process of the lunar surface.

To eliminate the hypotheses and finally understand how the Moon was formed, astronomers will have to learn even more than the quantity and distribution of metals in the lunar underground. They have already started to explore the craters of the southern hemisphere of our natural satellite. 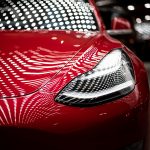 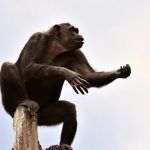