Is Tesla the bad student of automakers when it comes to the reliability of its vehicles? In any case, this is what the JD Power 2020 Initial Quality Study (IQS) report published on June 24, 2020, seems to indicate. This ranking is based on the number of problems encountered by owners of new vehicles during the first three months of ownership. The fact is, out of 34 manufacturers in the J.D. Power 2020 IQS, Tesla finds itself in last place.

15 of the 50 American states require the authorization of brands to appear in the ranking. However, Tesla which, has constantly refused to give its agreement, was finally taken by surprise. This is due to the recent increase in Model 3 sales, which allowed J.D. Power to collect enough data in the other 35 states to dispense with the automaker’s approval.

Tesla under fire from critics

The last place on the J.D. Power 2020 IQS is really bad news for Tesla, especially since the manufacturer had refused to give its agreement. The situation also further tarnishes Tesla’s current reputation. Indeed, the manufacturer is currently under criticism after an investigation by Business Insider. As a reminder, the popular news publication had revealed that Tesla had knowingly delivered Model S vehicles with defective batteries.

In addition, criticisms of the Autopilot feature remain in everyone’s mind. In February 2020, the National Transport Safety Board (NTSB) made an important decision. After investigating an accident involving a Tesla vehicle in March 2018, the NTSB concluded that there was shared responsibility. The NTSB pointed out that the vehicle had left too much freedom to the driver. This is not the first time that the NTSB had castigated Tesla’s Autopilot.

In June 2020, an accident involving a truck and a Tesla Model 3 in Autopilot mode also took place in Taiwan. 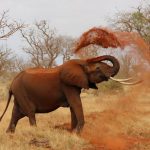 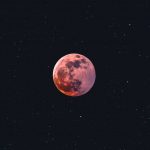 Next post How was the moon formed? New findings casts doubt on current theory
0 Shares