According to new work, diabetes or high blood pressure could promote risk factors associated with Alzheimer’s disease from adolescence.

To reach this conclusion, researchers at the University of California conducted a study of 714 African Americans aged 12 to 56. Participants’ cognitive functions were assessed using memory tests and practical exercises related to executive function, such as the ability to plan tasks.

Researchers have found that having diabetes, high blood pressure, or other risk factors for heart health in adolescence, early adulthood, or midlife could be associated with a statistically significant deterioration in cognitive health at the end of life.

These differences persisted after accounting for potential confounding factors such as age, gender, number of years since risk factors were measured, and education.

“By identifying, testing and taking action to counter the risk factors for Alzheimer’s that we can change, we could reduce new cases and ultimately the total number of people with Alzheimer’s and other dementias,” says Maria C Carrillo, Scientific Director of the Alzheimer Association. “Research like this is important in addressing health inequalities and providing resources that could have a positive impact on a person’s life,” she adds.

Two other studies presented at the same conference also established a link between the quality of early life education and the risk of dementia, as well as an increased risk of cognitive decline in 20-year-old young adults with a high body mass index. 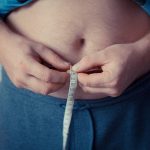 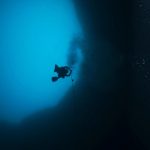