Too much and poorly fed

In adults with obesity, the person is overeating and poorly nourished. Before any bariatric surgery is carried out (around 60,000 operations in France each year), “the rule is to look for all deficiencies (iron, vitamin D, vitamins 12, B1, B9) and to properly feed the patient to correct its deficiencies upstream of the operation. After bariatric surgery, the same deficiencies are found and are increased because certain foods are less well absorbed, explains Claire Carette, nutritionist and diabetologist at the Georges-Pompidou European Hospital (HEGP). Bariatric surgery increases the risk of fractures, according to a Taiwanese study. There is an important issue in maintaining vitamin D and calcium intakes to avoid this risk, “she continues.

Consequences on the body

Deficiencies in iron and vitamin D can have serious consequences on the body: anemia, increased risk of infections, abnormalities in neurocognitive development, hypovitaminosis D or liver damage (NASH). The main sources of iron are meat and fish, supplemented with pulses. Vitamin D is available in fatty fish, eggs, and non-skimmed dairy products.

The latest projections from the World Health Organization (WHO) indicate that at least one in three adults worldwide is overweight and that nearly one in ten is obese. An even more critical situation in children, where there are more than 40 million people under the age of 5 with excessive weight. 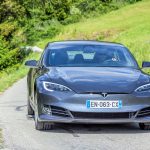 Previous post Tesla: a secret project in the making at the Nevada Gigafactory! 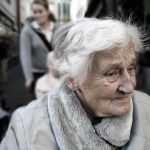 Next post Identify the risks of Alzheimer's from the age of 20? It is possible, say researchers
0 Shares