Our concentration and cognitive functions in general (such as memory) can be supported and improved with the help of natural solutions. Herbs and supplements can thus help our brain to function properly. So, how can you naturally improve your memory?

Ginseng is a particularly stimulating plant for the organism, and in particular for the cognitive functions of our brain system. The active ingredients of the plant would therefore have beneficial effects on concentration. It is the most effective memory supplement.

The World Health Organization and Commission E. recognize the use of ginseng to restore the intellectual concentration and the capacity for work of the people who consume it. Additionally, in 2010, clinical trials revealed the effectiveness of taking Asian ginseng for boosting short-term memory.

When it comes to Alzheimer’s disease, ginseng is also believed to have beneficial effects on patients. It is taken as an adjunct to conventional treatment and gives very promising results. But that’s not all. This Asian herb is equally effective against ADHD–Attention Deficit Hyperactivity Disorder.

Consuming ginseng helps reduce concentration problems in adolescents affected by this disorder, as well as their immaturity and hyperactivity.

Usually consumed in the form of natural vegetable oil, black seed is a second plant for memory. It is very rich in B complex vitamins, including B1, B3, B6, and B9. Often considered as the “memory vitamin” par excellence, vitamin B9 is essential for the proper functioning of the nervous system. Along with vitamin B6, vitamin B9 optimizes the functioning of brain functions, including concentration and memory.

In addition, vitamin B9 also acts in the context of the prevention of cognitive decline, dementia, and Alzheimer’s disease. Black seed oil is very beneficial for our brain system and all of its functions. It is an essential oil for concentration and memory!

Ginkgo biloba is also one of the most efficient plants to boost memory. The World Health Organization also recognizes its use to treat concentration disorders and memory loss. Studies on it show that this plant can help treat ADHD. It reduces the signs of inattention, immaturity, and hyperactivity. Ginseng is often combined with Ginkgo Biloba in this context, to treat this attention disorder. Patients then show significant signs of improvement in anxiety, social issues, and cognitive issues.

On the other hand, Ginkgo Biloba also helps treat and prevent cognitive impairments in people over the age of sixty. It is a plant that allows you to increase your memory day after day! To develop memory and prevent the impairment of our cognitive functions, Ginkgo Biloba is one of the natural solutions to consider. It is consumed in extracts, to be taken with meals.

After water, green tea is the most consumed drink in the world. This natural drink has many virtues, and it would also be effective against slight memory loss. This property is linked to the presence of theanine, which is an amino acid present in tea.

Several studies have been conducted on the effects of green tea on cognitive functions (including memory and concentration). Green tea extracts have been shown to increase connectivity between the frontal and parietal lobes of our brain. This means that green tea improves memory and its functions of information manipulation and temporary information storage.

Green tea has also shown positive effects on the short-term memory of people with Alzheimer’s disease.

A few other herbs are found to be effective in improving the functioning of our brain system. This is the case with Rhodiola Rosea, which significantly improves cognitive functions. A study has shown that this perennial plant also helps fight all forms of stress that affect the body and fatigue. Stress and fatigue reduce our ability to concentrate daily.

Guarana is one of the best supplements for memory, especially thanks to its beneficial effects on improving the quality of sleep. It also acts on the cognitive performance of people who consume it in the form of regular treatments. Its properties in this context are relatively similar to those of Asian ginseng. Guarana brings energy gain to our brain system and naturally boosts our concentration. It is an excellent memory stimulant.

Turmeric can also be consumed to develop memory and ensure the proper functioning of our cognitive functions. It helps, in particular, to prevent and fight against Alzheimer’s disease.

In addition to supplements and plants for memory, you can also use vitamins and essential oils to develop your memory daily.

Some essential oils are worth mentioning in the article for their ability to improve concentration. These include peppermint essential oil, rosemary oil, and eucalyptus oil. It is therefore interesting to use these oils to stimulate cognitive functions, in parallel with supplements. However, essential oils should be handled with care. Each oil has its own indications and dosages, which must be respected. If in doubt, seek advice from a specialist or your doctor.

To function properly, our brain needs nutrients: vitamins, amino acids, minerals, trace elements, fatty acids. In this context, the vitamins from the B complex are essential for memory as well as for nerve transmission. These are vitamins B1 and B2, in addition to vitamins B6 and B9. We can also turn to vitamin C, which allows very good assimilation of vitamin E, known to prevent cerebral aging. Indeed, these two vitamins are antioxidants. In addition, vitamin C improves the assimilation of iron, which has the task of transporting oxygen to the brain.

Making sure you get enough nutrients (including vitamins) every day is essential to improving memory naturally. For this, adopt a varied diet, consisting of vegetables, fruits, grains, legumes as well as vegetable oils and sources of protein and essential fatty acids. Remember to engage in regular physical activity, which is beneficial for all functions of the body! 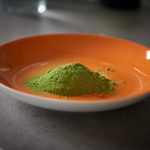 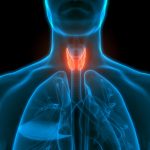 Next post How to naturally stimulate the thyroid
0 Shares