Moringa is one of the many plant species found in hot countries. However, this tree is unique: its nutritional properties make it a food renowned around the world. Used to fight against malnutrition in poor regions, moringa and its leaves have a lot to offer.

What are the health benefits of moringa?

It is called “the tree of life”. Moringa has been used for decades for its exceptional nutritional benefits. NGOs which seek to fight against malnutrition in the world have already been using it for a very long time. However, in the west, few people know the incredible benefits of the leaves of the tree.

Moringa is a particularly resistant tree native to regions with hot climates, such as South America, the Caribbean, Africa or even India. Its leaves are world famous for their multiple virtues. They are part of the diet of local populations. However, in the west, the leaves are dried before being reduced to powder. It is therefore used exclusively in the form of a food supplement.

In India, moringa is a staple of the diet. The fruit is eaten in particular, most often in curries. In Africa, local people consume the leaves of the tree in traditional recipes such as couscous. In the Philippines, these same leaves are used in a very nutritious coconut milk soup.

The composition of moringa

Specialists are unanimous: the composition of moringa is particularly rich from a nutritional point of view. Moringa is packed with nutrients and vitamins. In total, they would even be more than ninety. Many believe that this plant would be the most nutritious and the most complete there is. The seeds and leaves of the tree are the parts commonly eaten. They are used fresh, dried or cooked. And in some cases, they are powdered as food supplement.

But that’s not all. The leaves and fruits of the tree also contain essential amino acids such as: isoleucine leucine, valine, phenylalanine, methionine, lysine, tryptophan, threonine or histidine. There are a few secondary amino acids in the rest of the composition of moringa.

Finally, several other elements complete the composition of moringa, such as flavonoids, chlorophyll, polyphenols (antioxidant compounds).

Moringa is a particularly powerful antioxidant plant. It contains polyphenols and flavonoids, which are antioxidant compounds. Their mission is to fight against the effects of free radicals on the body’s cells. They are shields against disease.

The role of antioxidants is to clean the body and thus allow it to gain in efficiency. The general shape of the body is improved by their consumption. Moringa can be considered an anti-aging plant because of its effect on cell renewal, memory work and brain activity. Finally, these antioxidant effects can also promote weight loss.

2.      A concentrate of nutrients and vitamins unique in the world

Moringa does not only have more than ninety nutrients of interest to our body. Indeed, the plant has these nutrients in very large quantities, and this is what makes all its strength. If NGOs use it to fight against malnutrition, it is because it is naturally very rich in diverse nutrients. More precisely, moringa contains seven times more vitamin C than orange, twice as much vitamin A than carrot and five times more vitamin E than almond!

And that’s not all. This tropical tree also contains four times more calcium than milk, and ten times more than almonds. It has twice as much protein as quinoa and yogurt. Three times more iron than kale or spinach.

Moringa (its leaves and fruits, more precisely) is a very nutritious food. But these elements, present in large quantities, make moringa a medicinal tree, and not only food. Like spirulina , it helps fight against cases of malnutrition around the world.

Morgina is credited with beneficial properties for the health of the heart, due to the presence of omega 3 and 9 fatty acids in its composition. These components ensure the protection of the cardiovascular system against the risk of disease development. In addition, they regulate the level of lipids and sugar in the blood. This property can be of great interest to people with diabetes.

In addition, moringa would be favorable to weight loss and would regulate the arterial pressure. In general, its consumption improves blood circulation and bone production.

Some health problems tend to appear with age. Rich in antioxidants, moringa fights against cell and skin aging. Its regular consumption helps maintain cognitive functions, including those related to memory.

The components of moringa make it a favorable player in brain activity and increase cognitive abilities.

Moringa also participates in cell renewal! As it is a powerful tonic, moringa helps us fight against fatigue that can appear for different reasons, including aging. It may therefore be interesting to take moringa in the form of food supplements to avoid age-related fatigue.

The virtues and properties of moringa do not end there. Moringa also provides some benefits for our sleep. It also has some important anti-inflammatory properties.

Moring is also known to stimulate the production of testosterone and therefore, male libido. Moringa is widely used by athletes who appreciate it for its ability to build endurance and energy.

Moringa is also very interesting for our skin, our hair and our nails. Indeed, the latter nourishes, revitalizes and softens the skin. It relieves atopic skin prone to psoriasis, eczema and itching. It fights against acne thanks to its infectious properties and also helps fight against dryness and skin aging.

The rich composition of moringa makes it a plant to consume to fight against digestive disorders. Its consumption helps relieve constipation, especially thanks to the fibers found in the leaves and fruits.

How to take moringa?

Moringa can be consumed in many forms. We can use its roots, bark, flowers, leaves, fruits, pods. It is also often transformed into powder or oil! However, it should be noted that moringa is now mostly used in the form of a food supplement.

Sometimes these are supplements containing 100% moringa powder. But there are also natural multivitamin supplements (and not synthetic) containing many other natural ingredients which have been able to integrate moringa in their composition.

What can you take moringa with?

All the virtues of moringa can be combined with those of other plants, roots, fruits, etc. Combining these elements creates particularly effective synergies capable of relieving many ailments. Turmeric , spirulina or baobab are among the most used.

Moringa can be combined with turmeric to create a powerful anti-inflammatory potion. It can offer a huge gain in vitamin C by combining it with baobab, acerola or camu camu. In addition, moringa associated with Peruvian maca creates a very powerful anti-fatigue cocktail and an excellent natural aphrodisiac.

Moringa is also often added to matcha tea for the pleasure of the taste buds, and spirulina to fill up with nutrients.

Finally, we can also use moringa with ginko biloba to generate a powerful brain activator!

Contraindication and side effects

For now, there is no contraindication to the consumption of moringa. Anyone can consume it in the form of seeds, oil, powder, or pods. On the other hand, its roots may contain a toxic substance. Thus, pregnant women should avoid consuming it. Its high vitamin A content can also cause problems: it is necessary to control its consumption.

In the west, we know very little about moringa. Yet it is consumed in many hot countries, where it is used to fight against malnutrition. In addition to providing a solid food base to a lot of people, it also offers powerful beneficial properties for the body. You can also enjoy this amazing tree! 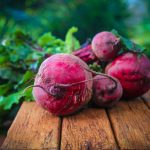 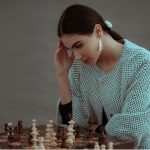