Vitamin C is a water-soluble vitamin essential for the proper functioning of the human body. It participates in a large number of biochemical processes and its benefits are widely recognized: fight against fatigue, strengthening of the immune system, protection of cells against premature aging. Vitamin C is provided by food and is mainly found in fruits and vegetables. Sometimes, the consumption of vitamin c is not enough to cover all the body’s needs and it is then necessary to turn to food supplements or vitamin supplements depending on the case.

What is Vitamin C?

Vitamin C is a member of the water soluble (water soluble) family of vitamins. Its scientific name is ascorbic acid. It is an essential molecule for life that plays an important role in the metabolism of our body. Severe vitamin C deficiency is responsible for scurvy, a disease that has almost disappeared nowadays.

The role of vitamin C

Vitamin C protects our cells from damage and it helps in the healing of wounds. It also helps our bodies absorb iron and produce neurotransmitters like dopamine. Vitamin C has been shown to play a role in the body’s defenses (immunity), but there is no evidence that it also helps against cancer. When administered intravenously, it increases the effectiveness of treatments such as chemotherapy and radiotherapy. Below are all the toles played by Vitamin C:

While most animals are able to make this molecule in their liver or kidney, most primates (including humans) cannot. It must therefore be provided by food. However, vitamin c is quite fragile; it is destroyed on contact with air and light. In addition, vitamin activity is destroyed by heat and lost in cooking water.

Vitamin C is absorbed at the intestinal level then is distributed to the different organs to play its role (brain, liver, adrenal glands, pituitary). However, there is no storage of vitamin c in the body; any excess of it is eliminated through the urine.

Some examples of fruits and vegetables containing vitamin C:

The immune system is an internal protective system that provides defense against external elements that have successfully entered the body. It is a shield against viral and bacterial infections which can be weakened and lose its effectiveness for different reasons: malnutrition, sedentary lifestyle, lack of sleep, chronic stress, overweight, exposure to toxins or polluting substances… Vitamin C plays a big role in maintaining the immune system because it stimulates lymphocytes, immune cells which include the famous white blood cells. Vitamin C enhances the production and renewal of antibodies which will then eliminate unwanted agents to prevent disease from breaking out and weakening the body.

There are two types of iron: heme iron, which is found mainly in foods of animal origin, and non-heme iron, which is found in plants and dairy products. The latter is less well absorbed by the body: only 10% is used against 25% for heme iron. This element is essential for the body because it allows the synthesis of hemoglobin, a protein that carries oxygen in the blood. It is also part of the composition of myoglobin, a molecule that stores oxygen in muscles. The action of vitamin C against iron is very important because it improves its absorption and promotes its assimilation by the intestinal membrane. Good vitamin C intakes therefore prevent the development of iron deficiency. However, people with hemochromatosis (a build-up of iron in the body) should be satisfied with basic vitamin C intakes so as not to make their condition worse.

Vitamin C is also an essential element for the proper functioning of the brain. It participates in the synthesis of neurotransmitters such as adrenaline, serotonin, and dopamine. These molecules released by neurons are essential and ensure the transmission of nerve impulses. Vitamin C also improves cognition, especially the faculties of attention and concentration, and helps to fight effectively against the effects of stress and fatigue, two factors which have a direct impact on the brain and its capacities.

To protect cells from aging, nothing like vitamin C! Just like vitamin E, selenium or even zinc, it has very interesting antioxidant properties to fight against free radicals. These unstable molecules are produced as a result of biochemical reactions or by the action of external agents such as infections, intensive exposure to sunlight, stress, alcohol, tobacco. Free radicals are particularly harmful to the body because they damage healthy cells and cause dysfunctions that lead to their premature aging. Vitamin C combats this phenomenon by neutralizing free radicals. This action explains why it is also found in many anti-aging cream formulas. Some studies have also shown that vitamin C is beneficial in the prevention of cancer, cardiovascular and neurodegenerative diseases.

It is customary to take vitamin C as a cure or prevention to colds or flu-like conditions.

Researchers looked at intervention trials, in which participants received at least 200 mg of vitamin C per day, for the prevention of colds or at the onset of symptoms. In the general population, vitamin C supplementation does not reduce the risk of having a cold, but it modestly decreases the duration of a cold, by 8% in adults and 14% in children. When supplementation is offered after a cold has started, it does not reduce the duration or intensity of symptoms. In contrast, in individuals who exercise strenuously or are exposed to cold, an intake of 250 to 1000 mg per day reduces the incidence of colds by 50%. Supplementation may also protect those with low dietary vitamin C intake, including the elderly and chronic smokers. In a 2013 review, other researchers made the same conclusions. They indicate that, given the low risk of taking vitamin C, anyone can test the effectiveness of the supplement during a cold.

Many epidemiological studies suggest that high consumption of fruits and vegetables reduces the risk of cardiovascular disease. This effect is attributed in particular to the antioxidants contained in these foods. In addition to its antioxidant action, vitamin C appears to protect against atherosclerosis by various mechanisms. However, studies that are interested in the links between vitamin C intake and cardiovascular risk, give conflicting results.

The synthesis of nine studies bringing together 293,172 participants free from any impairment of the coronary arteries (arteries supplying the heart) at baseline, shows a 25% reduced risk of developing coronary heart disease in those who take a vitamin C supplement from less 700 mg per day 10. Conversely, a meta-analysis which re-examined 14 studies with an average duration of 10 years, concludes that the cardiovascular risk is reduced by good dietary intake of vitamin C, but not by supplementation at higher doses. Finally, a review of existing intervention studies concludes that vitamin C supplementation is of no interest in preventing cardiovascular disease.

In observational studies, an increase in vitamin C intake, or a high blood level of vitamin C, is associated with lower blood pressure. Researchers reassessed 29 intervention studies, in which volunteers were given a supplement of 500 mg of vitamin C for 8 weeks. On average, at the end of these tests, systolic pressure (the first digit of blood pressure) fell by 3.84 mm Hg and diastolic pressure (second digit of blood pressure) by 1.48 mm Hg. In people with hypertension, the decrease was more marked, respectively 4.85 mm and 1.67 mm. These promising results need to be confirmed by long-term studies.

Cataracts are more common in the elderly. Observational studies show that its progression is slower in regular consumers of fruits and vegetables rich in vitamin C. The risk of its development appears to be lower when food intake and blood levels of vitamin C are high. This is, for example, what was observed in a cohort of more than 30,000 Japanese, aged 45 to 65 and followed for 5 years. However, the benefit of vitamin C supplementation in preventing cataracts has not been demonstrated. In one study, the risk was reduced by 75% for an intake of at least 300 mg per day, while in another study, the risk was increased by 25% in those who took about 1000 mg of vitamin C.

Other benefits of vitamin C

Versatile, vitamin C is also involved in the detoxification of the body by eliminating the toxins that have accumulate. It improves healing and skin regeneration and participates in the formation of collagen, a protein necessary for the maintenance of the skin, ligaments, and bones. Finally, it helps in the metabolism of macro-nutrients such as carbohydrates, fats, and proteins, which provide the body with all the energy it needs to function properly.

When is it necessary to supplement with vitamin C?

Certain situations may lead your doctor to recommend vitamin C supplementation. This is the case, for example, for people who consume few fruits and vegetables, who have intense physical activity that can accelerate cellular aging or who consume alcohol excessively. People who smoke more than ten cigarettes per day must be supplemented with vitamin C up to 20% to counter the oxidative stress induced by smoking.

A vitamin C supplement may also be prescribed in case of signs suggesting a deficiency. This, if prolonged too long (more than three months), can promote the development of scurvy, the main symptoms of which are hemorrhages, loss of teeth and edema. This disease, which is believed to have disappeared, tends to reappear in underprivileged areas. Several symptoms can indicate a lack of vitamin C:

Vitamin C supplements should preferably be taken at the start of the day because of their stimulating effect. They come in the form of powder, chewable tablets, or effervescent tablets. A slight excess of vitamin C will be quickly eliminated in the urine but, in the case of high doses (more than 3 grams per day), side effects may occur such as diarrhea, stomach pain, bloating, nausea or kidney stones. In high doses and associated with an iron or copper supplement, vitamin C can see its benefits completely reversed: it becomes pro-oxidant and then promotes premature aging of cells, which increases the risk of developing certain pathologies.

People who are prone to kidney stones or who suffer from diseases involving an accumulation of iron in the body (hemochromatosis, sickle cell anemia, thalassemia) should avoid taking high doses of vitamin C for long periods of time. An Australian study published in 2014 also warns people with high blood pressure against high intake of vitamin C. The simultaneous intake of vitamin C and flavonoids (polyphenols extracted from grape seeds in particular) would have the effect of significantly increasing blood pressure. Caution is therefore required, and supplementation should always be supervised. Before taking vitamin C, be sure to inform your doctor if you are taking any medication or if you are taking any other vitamin supplements.

The recommended daily intake of vitamin C has been set to 90 mg per day and 75 mg per day for adults 19 years old or older according to the National Institutes of Health.

In case of a deficit

Absorbing less than 10 to 30 mg of vitamin C per day could cause scurvy, and taking less than 50 mg daily would lead to a greater risk of cardiovascular disease and could shorten lifespan.

In case of excess intake

High doses (over 1000 mg per day) sometimes cause stomach upset and diarrhea. At this level, the vitamin may interfere with the absorption of copper and selenium, and may promote the formation of kidney stones. 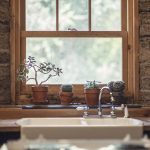 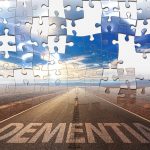 Next post Video games alleviates the symptoms of Dementia
0 Shares