Turmeric is a spice with many preventive and curative health benefits. Beyond providing an amazing flavor to our dishes, it is also used for its anti-inflammatory and antioxidant properties to prevent certain cancers and protect against diseases related to aging.

Turmeric owes its benefits to its components and active ingredients. Among them are curcuminoids, which are natural pigments with exceptional antioxidant properties. The best known is curcumin. But the plant contains many more, as well as vitamins, minerals, trace elements, and even essential fatty acids, including omega 3.

It is difficult to put a date on the first use of turmeric. Nevertheless, traces of its presence can be found in the writings of Sanskrit literature. These date back to more than 2000 years before our era. If its temporal origins remain unclear, its geographical origins, however, are very clear. The plant comes from parts of southern and southeastern Asia, and more specifically India and Myanmar.

Note that the story of turmeric is twofold. The plant has a very rich culinary past and an equally interesting medical past. In cooking, turmeric is used to enhance the flavor of dishes, but also as a natural coloring and food preservative. It is indeed the main ingredient in a lot of curries.

In traditional medicine, it is used for its anti-inflammatory and natural antioxidant properties. Let’s find out together what are the health benefits of turmeric.

Low-grade inflammation (inflammation) is a protective reaction of the body to minor damage or irritations. These damages can be caused by external sources such as bacteria, viruses, and fungi or can be caused by an autoimmune reaction of the body. For example, if there are many cells in the body that do not function properly, or if there is too much of a certain substance that the body cannot cope with properly.

So, you can say that inflammation is good. They protect the body from acute threats, and without inflammation, we would soon succumb to a proliferation of bacteria.

However, as a result of our Western lifestyle, many people suffer from chronic inflammation. Instead of helping, chronic inflammation poses a threat to our health. It plays a role in the risk of developing diseases such as cancer, cardiovascular disease, high blood pressure, abdominal obesity, etc.

To prevent these chronic diseases, it is first of all important to prevent inflammation by adjusting your lifestyle. Secondly, it is important that chronic inflammation is treated efficiently.

Every year in the United States, about 800,000 people die of cardiovascular disease. CVD is one of the leading causes of death in the country and around the world.

Alzheimer’s disease is a form of dementia that begins with forgetfulness and reduced cognitive functions. As the disease progresses, the patient loses their ability to perform simple daily tasks.

A lot of research is still being done on Alzheimer’s and unfortunately, no good treatment for Alzheimer’s has yet been found.

However, although much is still unknown about Alzheimer’s, it is clear that oxidative stress and inflammation play a role in the risk of developing the disease.

Turmeric has been shown to have beneficial effects on oxidative stress and inflammation. According to this research, curcumin is the most promising remedy for Alzheimer’s.

Another study shows that turmeric can help clean up the resulting plaques between the brain, which gives hope for a possible treatment of Alzheimer’s.

We all get gloomy or lethargic sometimes. If this is the case for a long period of time, we then speak of depression.

Depression is due to a chemical disruption in the brain. In people with depression, neurotransmitters such as serotonin and norepinephrine are less common in certain parts of the brain. To solve the issue, patients are often given antidepressants.

Turmeric also has been shown to has a positive effect on these neurotransmitters, especially on serotonin and dopamine, making it a potential antidepressant.

This does not mean that you can only take turmeric to tackle depression. Depression is a serious condition for which you absolutely need to seek help. Additional treatments may be required such as conversations with a psychologist, mindfulness, light therapy, physical exertion, and/or psycho-education.

Rheumatoid arthritis is a chronic autoimmune disease in which joint inflammation occurs.

As mentioned above, turmeric helps with inflammation. Indeed, researchers have found that turmeric causes a decrease in various complaints and symptoms in people suffering from arthritis. In this study, turmeric was found to work even better than certain medications prescribed to reduce inflammation.

There are more than 100 types of cancer. In all cancers, there is an uncontrolled division of body cells. Depending on the type of cancer and the stage at which it is located, the patient’s life may or may not be saved.

It is a profound disease and everyone in their area has lost someone to this disease. There is therefore a huge amount of research into cancer.

For example, research has also been carried out into the use of turmeric as a substance in the fight against cancer. Researchers have found that turmeric can indeed have a beneficial effect on inhibiting the growth of cancer and its spread.

Another research also shows that turmeric can contribute to the killing of cancer cells and slow down the spread of cancer.

Antioxidants protect our bodies from free radicals. Free radicals can cause oxidation to the body’s cells and tissue if they are in too high quantities.

Free radicals arise from the normal metabolic processes of the body but also from external factors like smoking and prolonged sun exposure. Antioxidants such as vitamins C and E limit the action of free radicals.

Turmeric is a strong antioxidant that can neutralize free radicals. In fact, a study has shown that turmeric also appears to increase the activity of the body’s own antioxidant enzymes.

As we get older, the brain’s cognitive abilities slowly deteriorate. Turmeric can help slow down this.

Turmeric can be useful to people suffering from type 2 diabetes. It reduces chronic inflammation and oxidative stress and reduces the risks of the complications associated with type 2 diabetes as shown in this study.

Irritable bowel syndrome (IBS), also known as spastic colon, is a functional intestinal disorder. People with IBS often have to experience for themselves which things and types of nutrition exacerbate or decrease the symptoms.

According to this study, turmeric supplements lower bad LDL cholesterol which reduces the risk of cardiovascular disease.

By intervening with lifestyle changes, prediabetes can in many cases be prevented from becoming type 2 diabetes.

Psoriasis Vulgaris is a skin condition and chronic autoimmune disease in which red and flaking spots appear. Psoriasis is not curable but there are treatments that can improve the condition.

Turmeric has been shown to improve psoriasis vulgaris in patients with mild to moderate symptoms This is attributed to the anti-inflammatory properties of the plant.

Who shouldn’t use turmeric?

While turmeric is a healthy substance, as a precaution, it is not recommended in people:

These people should take advice from their doctor before taking turmeric. Also, if you have a stomach ulcer or duodenum, avoid consuming high doses of turmeric as it may increase irritation.

Turmeric is an excellent spice and has exceptional health benefits. Indeed, the benefits of turmeric are considerable, especially thanks to the antioxidant properties of the curcuminoids it contains. In recent years, the many studies on it have made it a particularly popular medicinal plant. Whether you use it in your curries or make a tea with it or take supplements in the form of pills, you’ll be amazed by the benefits it provides. Enjoy! 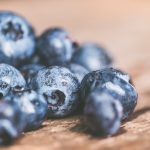 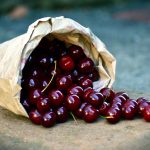 Next post Are cherries good for you? Here are 17 amazing reasons why...
0 Shares