Women who do not or no longer wish to have children can consider sterilization. This is a surgical procedure in which the gynecologist seals the fallopian tubes so that no eggs can be fertilized further.

Female sterilization is considered a definitive form of contraception, but it is possible to try to reverse the process.

The different types of sterilization

During laparoscopic sterilization, a camera is inserted through an incision in the abdomen to get a good overview of the uterus, ovaries, and fallopian tubes. The gynecologist then makes a small incision above the pubic region and then places clips, rings, on both fallopian tubes or seals them by cauterizing them with an electrode. The fallopian tubes are instantly and completely closed, making sterilization immediately reliable. The operation is performed under general anesthesia but an immediate return home is usually possible.

In some cases, laparoscopic surgery is not possible or sufficient and a real incision in the abdominal wall (laparotomy) must be made. This may especially be necessary after cesarean delivery. This procedure requires spending the night in the hospital.

How female sterilization be reversed

In principle, sterilization is permanent. This is why a reflection period must be respected before taking the plunge. However, in case of regret, it is possible to try to reverse the laparoscopic sterilization by a repair operation called reanastomosis or tubal reversal.

In the past, this type of reconstructive surgery was performed by open surgery (laparotomy), which left a large scar and immobilized the patient for several weeks. Today, this intervention is performed by laparoscopy.

During reanastomosis, the gynecologist attempts to repair the fallopian tubes by reconnecting tubal ligaments that have been ligated, clamped, or cauterized. If the tubes were cauterized during sterilization, the chances of success of the operation are lower, they are around 50%.

If rings or clips were used, the probability of success is approximately 80%. Note that women who have undergone reanastomosis have a 2% chance of having an ectopic pregnancy. To increase the chances of pregnancy, treatment by IVF may be considered.

Reanastomosis surgery is performed under general anesthesia. However, you should plan for a few days of recovery. During this period, the patient should try to rest as much as possible. The resumption of professional activities is usually done within one to two weeks, but this depends on the type of intervention. 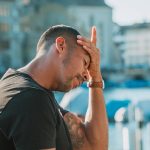 Previous post What to do when you get vertigo 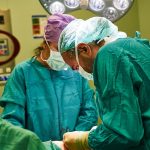 Next post What are the main types of anesthesia?
0 Shares