Acute inflammation is a normal response of the immune system that fights something that does not belong in the body: viruses, bacteria, or foreign bodies. However, if inflammation becomes chronic, it can cause a wide range of issues. Cytokines, very strong and aggressive molecules designed to neutralize the invaders, attack healthy cells, especially the articular cartilage.

Therefore, foods that promote the inflammatory process should be restricted. Meat products, for example, are very rich in omega-6 fatty acids, which promote inflammation.

Sugar and sugary products have a high glycemic index, which drives up blood sugar levels and fuels the inflammatory process.

In addition to chronic inflammation, hyperacidity is another enemy of the joints. This causes oxidation in the body, a process that makes our body “rust”, so to speak.

And the joints are unfortunately a popular target. To find out if your body is over acidified, you can buy test strips in pharmacies that determine the acidity of your urine by a color code. If the value is below 6.5, the acidity is too high.

A tip to achieve this goal: divide your plate into two halves, one for vegetables and raw foods, the other for meat, starchy products, and dairy products.

The articular cartilage consists of 75 percent water, which is why adequate hydration is very important. Learn to listen to your body and drink when you’re thirsty, or even before you’re thirsty. We often tend to postpone the satisfaction of this need because we are busy with other things that we consider more urgent. Water is and remains the ideal drink for the body.

If you find it difficult to drink enough water throughout the day, you can give it more flavor with the juice of a lemon. Despite its sour taste, lemon has an alkaline effect on the body. Green tea also proves to be a valuable change, as it is rich in antioxidants.

Get plenty of omega-3 fatty acids

To get plenty of omega-3 fatty acids, use olive or rapeseed oil when preparing your meals. Eat flaxseeds and nuts such as walnuts, hazelnuts, and almonds daily. Two to three times a week, fatty fish such as sardines, salmon, herring, or mackerel should be on the menu.

Vitamins A, C, E, K, carotenoids, and polyphenols are antioxidants that are good for the joints. They neutralize free radicals. These very aggressive substances, which are produced during oxidation, damage our cells and accelerate the aging of tissues.

Antioxidants are found abundantly in fruits and vegetables. The fruits with the highest antioxidant content are berries, red fruits such as cherries, citrus fruits, plums, kiwis, pineapples, and dates.

Among vegetables, especially cabbages such as cauliflower, red and white cabbage, Brussels sprouts, broccoli, kale, and kohlrabi are rich in antioxidants. But Romanesco, radishes, beets, and horseradish also counteract cell damage with their antioxidant substances.

Milk is a food that is poorly tolerated by people with lactase deficiency, an enzyme necessary for milk digestion. A lot of people are affected by lactose intolerance and milk triggers inflammation in them, which can cause joint pain, among other things.

However, eliminating milk from your diet can promote a calcium deficiency, which in turn is unfavorable for the bones and thus also for the joints. However, the calcium requirement can be covered by yogurt, long-matured cheese, tap or mineral water, sardines, vegetables, mushrooms, and nuts.

Fried and grilled foods are of course delicious, but please only enjoy them in moderation! The high frying temperatures promote a process called glycation during which many glycoproteins are formed. This increases the pro-inflammatory cytokines, the enemies of articular cartilage. Choose a low cooking temperature as much as possible, even if it takes more time.

Celiac disease, therefore, occurs after eating foods containing gluten, which can be found in many foods such as those containing durum wheat, Khorasan wheat, barley, rye, or a hybrid of these cereals such as triticale.

Gluten intolerance triggers an inflammatory reaction in the body which causes joint pain.

If the joint pain persists, you should follow a gluten-free diet for three months to see if the discomfort improves. This also applies to people with wheat sensitivity, which affects about ten percent of the population and which used to be called gluten sensitivity.

However, new research has shown that not only gluten but also other wheat components can trigger hypersensitivity, such as natural insect repellents in plants.

If your symptoms improve when you abstain from gluten-containing products, then you should avoid all foods that contain wheat, barley, and rye: bread, pasta, breakfast cereals, pizza, rolls, cakes, pancakes, breaded products and pies, biscuits, semolina, beer and many industrially produced dishes that contain gluten as a binder. 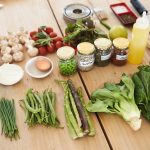 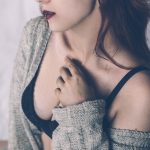 Next post Can sleeping with a bra make your breast sag?
0 Shares