Kidney stones (also called nephrolithiasis or urolithiasis) occur when certain substances such as calcium, oxalate, uric acid, or cystine are present in the urine in too high concentrations. As a result, they start to stick together and form crystals. At first, they are microscopic, but gradually they increase in volume, from a few millimeters to a real stone.

Originally, the stones appear in the kidney itself, but sometimes they come loose and go with the urine in the ureter. Small stones can usually just be peed out. However, sometimes they get stuck in the urinary tract and prevent the discharge of urine. That blockage and your body’s attempts to remove the pebbles cause the typical painful kidney crisis.

Calcium Oxalate monohydrate is a slow-growing, very hard stone, which is not easily crushed. The chance that the stone will come back is relatively small.

Calcium Oxalate Di-hydrate is a fast-growing, brittle stone: this stone can easily be crushed. The chance that the stone will come back is relatively high.

Struvite stones are mainly found in women. They contain bacteria, which is why they are also called infection stones. The bacteria make an enzyme, which creates struvite stones. These stones cause kidney inflammation, which causes the kidneys to work less well.

Some stones (about five percent of cases) are composed of uric acid. Uric acid stones are caused by too much uric acid in the urine. This may be due to purines. Purines are substances that are in meat and fish, among other things. Too much uric acid can also be caused by certain diseases (for example, gout), low urine production (little drinking, sweating a lot, diarrhea), or low acidity (pH) of the urine.

Finally, there are also cystine stones. These stones consist of the amino acid cystine (amino acids are the building blocks of proteins). Cystine stones occur only in people with an inherited defect called cystinuria and are extremely rare: about one percent of patients with kidney stones have this form.

There is a chance that you have kidney stones, but do not suffer from them. This often involves very small kidney stones that you can urinate out. It hurts at most a little while urinating, but then you are immediately rid of it. Often, however, kidney stones hurt a lot. These are the symptoms you should pay attention to.

The pain usually begins when the kidney stone detaches from the kidney and ends up in the ureter. That is the small tube between the kidneys and the bladder. If the kidney stone is so large that it blocks the ureter, your pee can no longer pass through it and your kidneys become clogged and swollen. And that hurts; a sharp, stabbing pain just below your ribs. This is also called a kidney stone attack or renal colic.

There is often also pain under your kidneys that comes and goes; this is caused by the muscles in your ureter that are trying to push the kidney stone further. Sometimes this pain can radiate to the lower abdomen and back.

Nausea and vomiting are also symptoms of kidney stones. In principle, this actually has nothing to do with the kidney stones themselves but is often a result of extreme pain. A clear signal that you have to go to the emergency room immediately.

If, in addition to the above symptoms of kidney stones, you also suffer from fever, there is a good chance that an infection has developed in the kidneys. It is important to go to the emergency room quickly, to prevent any kidney damage.

Especially during a kidney stone attack, you can constantly feel an urge to move. You have a restless feeling in your body due to the pain and often the strong urge to urinate while that does not work.

If your urine is a color other than yellow, then the kidney stone has probably hit some blood vessels in your ureter. Not immediately very serious when it is light pink, although it is a sign that you have to go to the doctor.

When the kidney stone blocks the urine, the irritations in your bladder begin. This gives you the feeling that you have to urinate very often, or not at all. After all, the urine cannot pass through the kidney stone, so usually nothing to very little comes out when you actually go to the toilet.

How to prevent kidney stones

In terms of prevention, it is important to drink enough fluids, ideally water. This habit will help your kidneys to form urine and thus flush out minerals and other substances before they have time to bind together and form crystals. Not keeping yourself well hydrated is the leading cause of kidney stones.

In this regard, an American study shows that people who live in certain southern American states are at greater risk of developing kidney stones. The hypothesis suggested. Is that ss the hot and humid climate increases sweating, it would be more dangerous for residents of these areas to suffer from dehydration and have concentrated urine, which increases the risk of kidney stones.

Researchers analyzed the results of observational studies conducted with three large American cohorts including men and women. The results indicate that the more overweight people are, the more likely they are to develop kidney stones.

Indeed, women who, during adulthood, gain nearly 15 kg, are up to 75% more likely to be affected, compared to those who have not gained weight. Men are not left out since the same excess weight increases their risk by 40%.

The results are surprising since overweight people excrete more calcium and oxalates through the kidneys, which contributes to the risk of lithiasis.

From these same cohort studies, the researchers also observed that women diagnosed with type 2 diabetes were at greater risk of developing kidney stones — up to 60% more than those who were not diabetic.

The exact cause of this difference is not known, but researchers suggest that the ability of the kidneys to excrete acid is decreased in people with diabetes, which could increase the formation of stones.

In more than 75% of cases, the stones are composed of calcium salts (calcium lithiasis). It was long thought that too high a calcium intake could be directly linked to the development of kidney stones, but this is no longer the case. Moreover, a high intake of dietary calcium could even be preventive. There is, therefore, no reason to give up dairy products or avoid foods rich in calcium. If calcium is taken in supplement form, it is important to take it with food.

If you have concerns about your calcium intake, talk to your doctor,

These fruits increase the content of citric acid, which reduces the acidity level of urine. One exception: grapefruit! Indeed, observational studies indicate that in grapefruit consumers, there is more urolithiasis. Why? No explanation has yet been put forward! 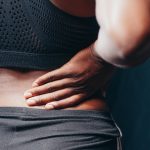 Previous post Kidney failure symptoms (17 signs to watch out for) 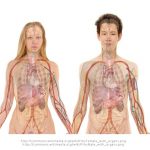