Mastectomy, or breast removal, is a non-conservative breast surgery, consisting of removing the entire breast (mammary gland, part of the skin, nipple and areola).

Several types of mastectomy can be performed. Indeed, the removal of the breast is not always complete, and some tissues are sometimes preserved (especially the areola and the nipple). The type of operation performed generally depends on the size of the tumor identified, its location and whether it is more or less diffuse in the breast.

Nipple-Sparing Mastectomy (NSM) is also known as a subcutaneous mastectomy. It preserves the nipple and areola of the breast, to provide the most aesthetic result possible. However, this technique presents more risks than the others (necrosis, infections, distortions, etc.).

Mastectomy with conservation of the skin sheath is performed as part of a mastectomy associated with immediate breast reconstruction. The skin of the breast is kept (except the skin of the nipple and areola), for the reconstruction to follow. The prosthesis replaces the removed tissue and fills the preserved skin envelope. However, this technique presents significant risks of infection.

Total mastectomy is a total removal of the breast. It involves removing the entire breast, in the case of a large tumor. A difficult ordeal for the patient, it is nevertheless the most effective operation against the development of breast cancer. In some cases of ductal carcinoma in situ (DCIS), lymph nodes are removed. In the presence of an invasive tumor, one or more axillary lymph nodes are also removed to determine if the tumor has spread beyond the breast. This makes it possible to adapt the treatment to be followed (chemotherapy, hormone therapy or radiotherapy to the lymph nodes). Finally, the risk of recurrence can be reduced by performing a lymph node dissection.

Why undergo a mastectomy?

A tumor found in a woman’s breast can sometimes be removed with breast-conserving surgery (lumpectomy or segmentectomy). This partial breast removal involves removing only the tumor (and part of the surrounding tissue), without removing the breast completely. The operation is followed by radiation therapy. Even if this solution is often preferred, it is unfortunately not always possible.

For several years, non-conservative breast surgery has also been offered to women at risk, that is, to women who are at significant risk of developing breast cancer. This is called a preventive mastectomy.

These women carry a genetic mutation in the BRCA1 and BRCA2 genes. However, even though they are predisposed to this type of cancer, they may also never develop it. Two prevention solutions are offered to them: monitoring with regular examinations (MRI, mammograms, biopsies, ultrasounds) or total removal of their breasts, followed by breast reconstruction. While it does not provide absolute protection, total mastectomy greatly reduces the likelihood of developing breast cancer.

Despite the progress and effectiveness of treatments, surgical removal remains necessary when the doctor considers that the conservative treatment includes:

Thus, a total mastectomy is performed in the presence of:

The surgery: preparation, risks and results

Before the surgery, the patient will be seen by her surgeon. The latter will explains the procedure, the preparation, the risks and the consequences of the intervention. All of the patient’s concerns can be addressed (especially regarding the scar after breast removal). The patient will also see an anesthesiologist for general anesthesia. Their medical and surgical history, their smoking, any treatments followed, etc. will thus be reviewed. Certain examinations may be prescribed (in particular a blood test and an electrocardiogram).

The mastectomy is performed under general anesthesia by a surgeon (oncologist or breast specialist). In case of a simple lumpectomy, the surgeon will only remove the tumor and a large part of the healthy tissue around it to avoid the risk of recurrence. He or she will make the incision according to the morphology of the breast, the size and the location of the tumor. The goal is to then be able to restore the shape and morphology to the breast after removal of the targeted tissue to obtain the best therapeutic and aesthetic results.

In a total mastectomy, the surgeon will remove the entire breast including the nipple, and lining of the chest muscles (pectoral fascia). He or she will leave the lymph nodes, nerves and muscles of the chest in place. The incision is often made in an oblique position, as low as possible so that the scar is not visible in the neckline. When the areola and the nipple are preserved (Nipple-Sparing Mastectomy), breast reconstruction surgery is scheduled at the same time.

Aftermath of the surgery

After the operation, the patient remains in the hospital for a few days. Surgery may be followed by radiation therapy or chemotherapy.

As after any surgery, some side effects can occur. Early or late, they vary from woman to woman. The patient may thus suffer:

These side effects can be avoided or limited with appropriate care. They must be brought to the attention of the doctor.

After the surgery, the tumor (and/or lymph nodes) removed during the procedure will be sent to a pathology laboratory. The tissues are analyzed under a microscope, to confirm the type of tumor and the stage of the cancer.

Depending on the results of this analysis, breast surgery may be followed by additional treatment: chemotherapy or radiotherapy. Whatever the results obtained, regular monitoring will be put in place. This will help the doctor check for recurrence and to make sure the cancer has not spread to other organs.

Total mastectomy is generally badly experienced by women. The chest is indeed a part of the body loaded with symbols (it represents in particular femininity and motherhood). To rebuild, some women turn to getting a tattoo after a breast removal.

After surgery and complete breast removal, breast reconstruction is offered to all women who wish to do so, regardless of age or stage of cancer. This operation is, however, conditioned on the general state of health of each woman, and the possible risks of post-surgical complications.

Several types of breast reconstruction exist today. The technique used is chosen by the surgeon, depending on the preferences of the patient and the risk of complications:

lipofilling or lipomodelling: fat from the thighs or belly is removed by liposuction, then injected to reconstruct the breast (in whole or in part).

Breast reconstruction can be immediate (especially in the case of skin-sparing mastectomy). In case of complete ablation, it is best to wait at least a year. This allows the patient to mourn her breasts and to better prepare herself psychologically for reconstruction. 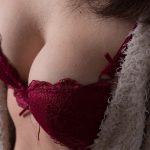 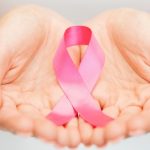