It is well known that too much television viewing is bad for health, but it is not yet entirely clear when hanging in front of the tube becomes harmful. A Scottish study now gives a somewhat concrete warning: by watching TV for more than two hours a day, you would be at increased risk of potentially deadly diseases such as cancer and cardiovascular disease.

There has been quite a lot of research into the negative health effects of watching too much television. For example, a study by the Harvard School of Public Health linked this behavior to an increased risk of type 2 diabetes, cardiovascular disease and premature death years ago. Excessive TV viewing, according to other research, would also increase the risk of obesity, sleep problems (insomnia), behavioral disorders and cognitive problems, among other things. Attention is especially required among children and young people.

The fact that too much television viewing can have such consequences is not purely due to staring at the screen. The behavior is related to a lack of exercise and unhealthy eating patterns, two crucial reasons for many health problems.

A new research from the Scottish University of Glasgow now suggests that adults should not spend more than two hours a day watching television. They base this advice on an analysis of the data of around 490,000 Britons aged between 37 and 73. It turned out that about 6% of all deaths and 8% of deaths from cardiovascular disease could have been avoided or postponed if all participants had limited themselves to a maximum of two hours per day watching tv.

“Our study suggests that limiting time for television could delay or avoid much health damage, but there is still a lot of work to be done before we can make clear recommendations around TV time,” lead researcher Hamish Foster said. “Watching TV is just one example of potentially harmful sedentary behavior. There are also many related factors that play a role, such as unhealthy snacking and lower socioeconomic status. More research is needed to understand all these factors and to be able to draw up well-founded advice and guidelines.”

The Flemish Institute for Healthy Living provides advice on how to limit screen activities in general in children and young people. For children under the age of 2, screen activities are strongly discouraged and for toddlers up to 5 years old you should stay under 1 hour per day. Children and young people up to the age of 17 should limit their screen use in leisure time to two hours a day. The institute also offers several tips for everyone to sit less and exercise more. 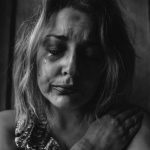 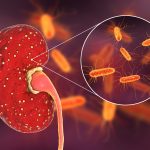