As part of its future crewed missions in collaboration with NASA, SpaceX will be able to reuse its own capsules. This “agreement” between the two organizations was expected, but not so quickly.

A successful landing for NASA

Unlike the Apollo missions, which returned to the Pacific Ocean, NASA and SpaceX this time favored the Atlantic. In this way, they allow astronauts to return home (near Houston) more quickly after a space flight.

Another advantage for SpaceX is a water landing near Florida. Indeed, this maneuver allows the company to bring back its Crew Dragon capsules in a few days to its facilities at Cape Canaveral air base. These time savings will also be essential in the context of its collaboration with NASA, which now allows the reuse of these vessels.

Thomas Pesquet in the same capsule

The next joint trade mission between the two organizations (Crew-1), which will take place next September, will not be affected. For the occasion, they will indeed be using a new Falcon 9 rocket and a Crew Dragon spacecraft.

On the other hand, this will not be the case for the next mission launched at the earliest in spring 2021, in which the French Thomas Pesquet will participate. Indeed, this Crew-2 flight will this time reuse the first stage of Falcon 9 from the Crew-1 mission and the Dragon capsule from the Demo-2 mission.

Benji Reed, who heads SpaceX crew mission management, said Thursday that the company plans to “renovate” the capsule in a few weeks. Ultimately, it is expected that each of these vehicles will be able to operate up to five missions in orbit.

Reusing SpaceX rockets and spacecraft has always seemed to be part of NASA’s plans. In this way, the American agency could then benefit from considerably reduced operating costs.

In contrast, NASA’s commercial crew’s initial contract with SpaceX called for the first six operational missions to all use new capsules. Finally, a contract amendment signed in May allowed SpaceX to introduce reuse of its ships much more quickly. 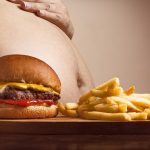 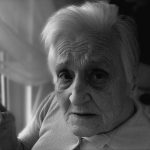