Vegetables are great suppliers of dietary nitrates. In relatively moderate doses, these substances have been shown to have a notable protective effect against cardiovascular disease.

Nitrates carry a bad reputation. They are indeed known as unwanted residues of the food chain. The use of nitrates is of great importance in agriculture, as they are the main nutrients found in fertilizers or from their decomposition in the soil. These fertilizers can be of plant, animal or chemical origin. The presence of too large amounts of nitrates in water and soil is considered to be pollution.

However, nitrates are found naturally in fruits, vegetables (especially), as well as in the human body, where they perform important physiological functions, especially on the cardiovascular level. Following on from other studies, an Australian team (University of Western Australia) attempted to determine the beneficial effect of dietary nitrates in terms of blood pressure and prevention of cardiovascular disease.

The researchers analyzed a considerable amount of data, covering some 50,000 people followed for a little over twenty years. Their usual intake of plants rich in nitrates could be established in a precise manner. On average, the group with the highest intakes displays a significantly more favorable blood pressure than the group with the lowest intakes: – 2.58 mmHg for systolic pressure and -1.38 mmHg for diastolic.

Then it turns out that from a dose of 60 mg of nitrates per day (the equivalent of a cup of green leafy vegetables), and in comparison with a low dose (+/- 20 mg) , there is a significant reduction in the risk of coronary heart disease (-12%), heart failure (-15%), cerebrovascular accident (ischemic stroke: -17%) and peripheral arterial disease with hospitalization (-26 %). In other words, consuming a fairly moderate amount of dietary nitrates has some pretty clear benefits. 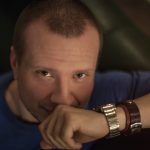 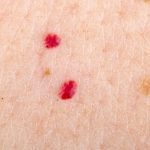