Alzheimer’s disease is characterized by the accumulation of two types of proteins in the brain. One of them is beta-amyloid, which clumps together into plaques and is believed to be the first protein to deposit in the brain during the development of Alzheimer’s. On the other hand, the protein tau accumulates in nerve cells and forms a tangle there. These processes lead to the breakdown of neuronal connections and the death of neurons. As a result, patients gradually lose essential cognitive functions, including memory.

The mechanisms behind the accumulation of these proteins are complex and not entirely clear. A series of studies point to a possible link with oral care, in particular with periodontitis. This condition affects the supporting tissues of the teeth, especially the gums. Those gums are chronically inflamed, and bacteria play a key role in this. The harmful bacteria involved can migrate to the heart and probably to the brain as well.

An American team (New York University) has conducted tests that indicate a particularly disturbing connection. The team studied seniors and the elderly without cognitive impairment. They took samples of bacteria under the gums, and of cerebrospinal fluid via a lumbar puncture. Cerebrospinal fluid or cerebrospinal fluid is a biological fluid that surrounds the brain and spinal cord. This fluid ensures, among other things, the removal of waste products from the brain. Thus, an analysis of the fluid may reflect the physiopathological state of the brain (inflammation, infection, etc.), and in particular the concentrations of beta-amyloid and tau proteins.

The various results show that people with an unfavorable bacterial balance in the mouth also have the highest concentrations of beta-amyloid protein in the brain (this connection is not seen with tau protein). An unfavorable balance means an excess of bacteria that are harmful to oral health (Prevotella, Porphyromonas, Fretibacterium…) and a shortage of protective bacteria (Corynebacterium, Actinomyces, Capnocytophaga…).

The authors explain that you should not only look at the “bad” bacteria that can promote an inflammatory process (with a malfunction in the “cleansing” of the brain and the removal of proteins) but also at the “good” bacteria that may have a protective effect against inflammation. The oral microbiota should therefore be considered as a whole. But to what extent can these higher concentrations of beta-amyloid involved in oral hygiene lead to Alzheimer’s disease?

Further research is needed to determine that. Further research should also show that early and aggressive treatment of periodontal disease can prevent an excess of beta-amyloid protein and thus reduce the risk of Alzheimer’s disease. 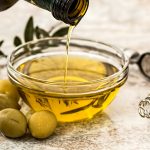 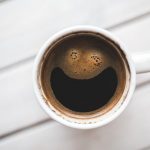