In the United States, the bottled water industry is a multi-billion dollar market. Many Americans believe that bottled water is healthier and safer for them. But are they really? What types of bottled water exist? And what kind of water is best for our health?

The different types of water

Tap water usually comes from groundwater and/or surface water. It undergoes various chemical and physical treatments and is kept drinkable by the addition of chlorine, which kills microbes as it flows through the pipes. Tap water then comes directly to your home via the distribution network. Its quality is highly regulated and subject to numerous controls.

Table water is the cheapest on the market and often comes from a spring, but it can also be public water (tap water) that is simply bottled. Wherever it comes from, this table water is simply required to comply with drinking water regulations.

Spring water comes from a specific spring that provides drinking water in its natural state. To exploit the spring, a state authorization is necessary. These waters are bottled as soon as they leave their source or that of the pipes leading to the bottling station. They do not undergo any treatment or manipulation. The spring water that is in the bottle is as it was under the ground. The labeling often indicates its nature and its origin. Some spring waters are sold under the same brand but come from different regional sources.

Mineral water is extracted and bottled directly from the source. It has an original purity that must be protected from any kind of pollution. It does not undergo any chemical or microbiological treatment. The composition depends on the source and type of rock it encounters during its underground journey, so it undergoes a natural filter and is loaded with minerals (magnesium, calcium, bicarbonates…). While mineral water has its benefits, one must remain vigilant. In 2008, a study reported that some brands contain many minerals that are not suitable for daily use.

Carbonated water contains carbon dioxide. It is this which, dissolved in the liquid, turns into bubbles when the drink is depressurized–when the bottle is opened.

In detail, there are two types.

Flavored water is water to which only flavorings or natural extracts have been added, so that the water still contains 0 kcal and 0 grams of sugar (but manufacturers often also add sugars, additives and/or fruit juices in practice, which makes the drink more unhealthy than it makes it appear).

Which type of water is best for our health?

Contrary to what you might think, bottled water in the industrialized countries is not purer or healthier than the tap water. A small amount of chlorine (up to 0.25 mg/l) is added to tap water to prevent germs from spreading through the water, but it is a very small amount, which is not harmful to health. Tap water is also continuously checked for the presence of dozens of chemicals and heavy metals and for its biological purity.

On top of that, there is a chance that bottled water once opened contains too many bacteria when stored too hot or too long. Opened bottles should in principle be stored at 4°C and not for more than 24 hours. 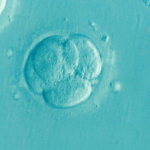 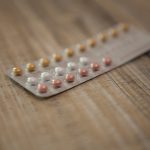