Cardiovascular or heart diseases are a group of disorders affecting the heart and blood vessels. Among the most common are heart attacks and strokes. They are in the majority of cases caused by a blocked artery, preventing blood from reaching the heart or brain. According to the World Health Organization, this group of diseases are the leading cause of death in the world. The best prevention of cardiovascular diseases is through diet! However, most people do not know what to eat to protect their heart. Below you will find the best food you can eat to help you prevent or fight off cardiovascular diseases.

Several clinical studies have shown that the phytosterol content of almonds at a rate of 34 mg per 30 g, or 25 almonds, reduces the concentration of “bad” cholesterol (LDL) in the body. Hypercholesterolemia can lead to heart problems because the “bad” cholesterol, after having supplied the organs, is deposited in the arteries and, in case of excess, may block them.

According to epidemiological data, a daily consumption of 30 g of almonds reduces the risk of cardiovascular disease by 45%. The vitamin E contained in the almond (7.5 mg of vitamin E for 25 almonds or half of the daily recommendation for vitamin E) would also help fight against cardiovascular diseases by preventing the formation of clots in the blood.

Thanks to its anthocyanin content (350 to 400 mg per 100 g of fruit), the cherry is one of the most antioxidant fruits. Anthocyanins are phenolic compounds that act as pigments and give cherries their red color. They also have the ability to neutralize free radicals, compounds that damage the cells of the body and that are responsible for atherosclerosis, that is to say the presence of a plaque on the wall of the arteries that hinders or blocks the flow of blood and which can eventually cause cardiovascular problems.

In addition to promoting satiety and being low in calories with 163 kcal per 100 g, chickpeas are a good ally for people suffering from diabetes. Consequently, diabetes is known to increase the risk of developing cardiovascular disease by 2 to 4 times. The chickpea has a low glycemic load which is a calculation method taking into account the quantity of carbohydrates but also their quality. Too high a blood sugar level increases the risk of a heart attack or stroke by blocking the blood vessels. Chickpeas also have antioxidant properties due to their content of manganese and copper, nutrients that help reduce the effect of free radicals in the oxidative process of body cells.

Avocado promotes cardiovascular health. It is rich in monounsaturated fatty acids, but also in fiber. A small 2015 study of obese or overweight people found that consuming an avocado per day improved cardiovascular risk factors.

100 g of pork contains 3.6 g of fat including 1.2 g of saturated fatty acids, 1.4 g of monounsaturated fatty acids and 0.3 g of polyunsaturated fat. The content of essential fatty acids (omega-3) in pork therefore makes it a meat with more important nutritional qualities than those of beef or mutton. Eating pork helps to fight against the excess of “bad” cholesterol in the body by increasing the level of lipids which dislodge the cholesterol deposited on the walls of the arteries and eliminate them. Too much “bad” cholesterol can lead to cardiovascular problems. With only 162 kcal per 100 g, pork is also low in calories compared to beef (252 kcal per 100 g of beef) or chicken (173 kcal per 100 g of chicken).

The omega-3 content of mackerel makes it a real good ally for cardiovascular health. With 1.2 g of long-chain omega-3 (EPA and DHA) for a 100 g serving, mackerel provides the body more than twice the recommended intake of EPA and DHA per day by the World Health Organization (WHO). Several studies have shown that the consumption of omega-3 fatty acids reduces the risk of suffering from cardiovascular diseases. These fatty acids, by acting on the elasticity of the vessels, blood pressure and having anti-inflammatory properties, help to fight against the formation of blood clots. Mackerel also has antioxidant properties because it is rich in selenium. This mineral prevents the formation of free radicals in the body. The excess of free radicals contributes to the development of cardiovascular diseases because they notably deteriorate the red blood cells.

Nuts, like almonds, pistachios, cashews, hazelnuts, etc., contain omega-3s. According to a Mayo clinical study in the United States, during which 34 clinical trials were conducted on the population, supplementing with omega-3s, including EPA and DHA (the two active ingredients in omega-3s) reduced the risk of developing a heart condition by 18%. Omega-3s would also play a positive role on the functioning of the brain by preserving cognitive capacities for longer.

Cocoa contains flavonoids, such as epicatechin. These are antioxidants that protect the body from attacks. The latter notably reduce the formation of bad cholesterol and clots which clog the arteries. They thus prevent the increase in blood pressure and promote good cardiovascular health.

Flavonoids are present in large quantities in dark chocolate. Milk chocolate contains much less, as for white chocolate, it does not contain any at all because it is made from cocoa butter. It is therefore necessary to favor dark chocolate.

Red wine is one of the foods in the Mediterranean diet. It contains resveratrol, a known cardioprotective molecule.

A 2006 study found that consuming green tea is associated with a reduction in cardiovascular mortality. In women, those who drank more than five cups of green tea per day reduced their risk of cardiovascular death by 31%. The cardioprotective effect of green tea is linked to the presence of epigallocatechin gallate (EGCG), an antioxidant polyphenol.

Consumed regularly, oats are beneficial for the heart. Oats contain soluble fibers called beta-glucans which act as traps to bind to cholesterol in the digestive system and naturally eliminate it from the body. Eating three grams of this soluble fiber per day is enough to lower your cholesterol level by about 10% (125 ml or ½ cup of oatmeal contains one gram of soluble fiber). So try to eat more by adding oats (in the form of flakes, bran or flour) to your yogurts, your cereals, your fruit compotes and your recipes.

The modern way of life, the sedentary lifestyle, the stress and the diet which accompany it, are most of the time the cause of the poor health of our heart. According to the World Health Organization, heart diseases are the main cause of death in the world. High blood pressure, cholesterol, diabetes and overweight lead to narrowing of the arteries, poor oxygenation of the heart and, in fact, coronary heart disease. Adopting a diet favorable to your heart is therefore an urgent necessity in today’s world. 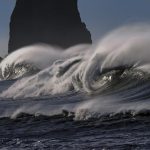 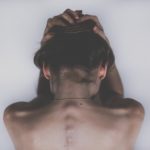