Believe it or not, a glass of red wine a day has a wide range of benefits for your health! Many studies have shown that moderate drinking of red wine, thanks to the virtues of its antioxidants, would help fight against certain pathologies.

Provided that you consume it in moderation, many scientific studies have shown that red wine would help prevent certain cardiovascular diseases, strengthen the immune system or slow down the symptoms of Alzheimer’s disease.

Let’s take a look together at the benefits of drinking red wine.

An American study, published in February 2015 in the journal “Scientific Reports”, highlights the effect of resveratrol, an antioxidant contained in the skin of grapes, on the preservation of memory. It would be particularly effective in treating memorization disorders after the age of 60 and in patients with Alzheimer’s disease.

Resveratrol is also thought to be a solution to cardiovascular problems. According to the World Health Organization, it alone reduces the risk of heart attacks and stroke by 40%. The vasodilator properties of this antioxidant increase the diameter of the blood vessels and thus facilitate the circulation of blood.

Men who drink a glass of wine a day have a life expectancy of 3.8 years higher than those who do not, according to a study conducted by Dutch researchers in 2007. Their risk of senile dementia is also found to be 85% lower. A moderate consumption of red wine could therefore not only prolong the lifespan, but also that of the working age.

A Harvard study conducted in mice also found red wine to have the effect of prolonging life.

5.     Limits the side effects of radiotherapy

An Italian clinical study shows that women treated for breast cancer with radiation therapy who drink wine moderately have fewer side effects than women who do not drink wine. Red wine would help replenish skin cells and therefore fight against radiation.

A small glass of red would help to relieve stress and promote relaxation! Indeed, a study from the University of California demonstrated the relaxing properties of red wine. An enzyme discovered in the skin of grapes is said to deactivate the cellular stress response system. It is also found to increase the endorphin levels and decrease blood pressure, causing an almost immediate relaxing effect.

Men who drink wine regularly are less likely to experience erectile dysfunction. This was shown by a joint study by Harvard University in the US and the University of East Anglia in the UK. All the credit goes to the flavonoids, pigments found primarily in blueberries, blackberries, radishes, and red wine.

Researchers in Iceland have compared participants who drink no alcohol at all with others who drink it in moderation. The result is surprising. Alcohol drinkers – red wine drinkers in particular – are 32% less likely to have cataracts than non-drinkers!

Far from being an additional calorie intake, red wine activates a gene that prevents the formation of fat cells and helps eliminate existing fat. The Massachusetts Institute of Technology has demonstrated its effects on weight in several scientific journals, stating that the results are more visible if the wine is consumed as part of a balanced diet.

The resveratrol in grapes can help reduce fatigue and give the body a boost during a particularly trying day, according to a study in The FASEB Journal. But beware, while a glass of wine has stimulating effects, after 2 glasses, you risk dozing off on the contrary!

11.     Fights cavities and bacteria in the mouth

Wine contains certain natural antioxidants, polyphenols, that are great at fighting bacteria. Indeed, researchers believe that polyphenols reduce the growth of bacteria in the mouth and may prevent cavities.

To put their theory to the test, they identified the bacteria that cause diseases of the teeth and mouth. Next, the researchers evaluated the effect of different liquids on these bacteria. The result is surprising: red wine is the most effective of liquids at killing these bacteria.

Part of the benefits of red wine for the health of the heart comes from its ability to reduce inflammation in the body, but there are other benefits for the reduction of inflammation. A study published in the American Journal of Biomedical Sciences has shown that the consumption of red wine has also helped protect patients from the inflammatory response that accompanies several serious infections. Due to an increased immune response, this could reduce the damage in the long term.

Drinking wine during your meal allows, thanks to the astringent properties of this drink, to better perceive the flavor of your food. It reduces the flavor of fat, especially if you eat meat, and gives a gratifying feeling of a healthy and clean mouth.

Red wine is also effective in fighting urinary tract infections thanks to its antioxidant and astringent properties. It prevents bacteria from getting or growing in our bladder and kidneys and optimizes the filtering and purification of these organs. 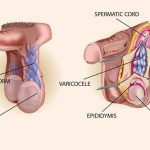 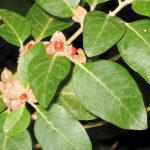 Next post Ashwagandha benefits, use cases, side-effects, and contraindications
0 Shares