Where is the gallbladder located

The gallbladder is located on the median hepatic fissure. It is vascularized by the cystic artery, a branch of the hepatic artery proper.

The gallbladder is an organ under the liver, attached to the liver through the biliary tract. It is located on the median hepatic fissure. It is vascularized by the cystic artery, a branch of the hepatic artery proper. It is connected to the common bile duct through the cystic duct. The common hepatic duct collects the bile formed by the liver.

The gallbladder serves as a reservoir for bile which is continuously produced by the liver. When we do not eat, the sphincter of Oddi is hermetically closed and the bile produced in the liver will therefore flow back into the cystic duct towards the gallbladder and fill it. Bile, therefore, accumulates between meals (inter-digestive periods).

When the bolus passes through the duodenum, it will contract and provide a large volume of bile in order to facilitate the absorption of food and particularly that of fat in the intestine.

The gallbladder contracts under the effect of cholecystokinin (CCK) which is a hormone made by the intestine. Cholecystokinin is released into the blood when an acidic bolus of food containing fat enters the small intestine (specifically the duodenum). It also stimulates the secretion of pancreatic juice and the sphincter of Oddi thus allowing bile and pancreatic juice to enter the duodenum.

Gallstone disease is a common condition since it is estimated that about one in five people (20%) will develop gallstones in their lifetime. Among these people, 80% will remain asymptomatic and their stones are discovered during an ultrasound examination requested for other reasons! In most cases, these fortuitous findings do not lead to any therapeutic sanction.

Symptoms appear when stones interfere with the emptying of the gallbladder by obstructing the cystic duct. The distension of the canal and the resulting gall bladder then causes colic pain in the right hypochondrium, grouped together under the term symptomatic gallbladder lithiasis or biliary colic.

The stones sometimes migrate into the bile ducts and obstruct them, causing choledocholithiasis. Jaundice (jaundice) then develops. In this case, the lithiasis can be extracted from the bile ducts either by ERCP, or surgically by a revision of the bile ducts at the same time as the laparoscopic cholecystectomy.

Occasionally, superinfection of choledochal bile will lead to cholangitis, a serious condition due to the high risk of causing sepsis and, by the massive discharge of toxins and bacteria to the blood, septic shock. Stones that have migrated into the bile ducts can also block the pancreatic duct that joins the common bile duct and thus cause acute pancreatitis.

Usually, as soon as gallstones become symptomatic or can lead to complications such as acute pancreatitis or cholangitis, the need for treatment becomes apparent. The treatment of choice for symptomatic gallstones is laparoscopic cholecystectomy. Our service performs this operation through a three-trocar approach, in order to further limit aggression and the risk of complications.

Acute cholecystitis is defined as inflammation of the gallbladder. In the vast majority of cases, gallstones are the cause of this inflammation.

First, antibiotic treatment helps treat the infection of the gallbladder. Patients are usually hospitalized, and laparoscopic cholecystectomy is performed semi-urgently during hospitalization or by appointment shortly thereafter after the acute phase of the infection has passed.

Gallbladder cancer is a very rare cancer that only causes symptoms at an advanced stage, i.e., when the tumor has started to spread to nearby organs such as the liver.

Chronic inflammation of the gallbladder, usually accompanied by the presence of stones for many years until the wall is infiltrated with limestone, seems to promote the onset of this cancer, but contrary to what was previously thought a few years ago, the mere presence of stones was not enough to increase the risk of cancer. Jaundice does not develop until the tumor mass is large enough to block the bile ducts.

Therefore, most patients are screened for acute cholecystitis. In this situation, imaging techniques such as ultrasound or CT often cannot distinguish between inflammatory masses and tumor masses, so the diagnosis is not made before the operation. The diagnosis of gallbladder cancer is then either a discovery made by the surgeon during the operation or a discovery made during the microscopic examination of the gallbladder.

A complete cure can only be achieved at the cost of the total removal of the gallbladder and only if the tumor has been discovered at an early stage, that is when it has not passed through the mucosa. If the tumor mass is completely included in the surgical specimen, a second operation is not necessary. In most cases, unfortunately, the operation is not aimed at healing but at reducing symptoms and improving the person’s well-being.

Clinically, this cancer is often seen after the onset of jaundice due to the tumor obstructing the bile ducts, preventing bile from flowing out of the liver.

The diagnosis of this cancer is particularly difficult, and its evolution can be slow, explaining prolonged survival even in the absence of curative treatment.

The prognosis is however reserved because complete surgical resection, that is to say, a hepatectomy, is the only definitive therapeutic solution but is not always possible.

Resectability depends on local vascular extension, in particular towards the portal vein or its branches, on the extent of intrahepatic biliary involvement, and on extension towards duodeno-pancreatic block.

However, multidisciplinary management allows an improvement in symptoms as well as in the patient’s quality of life. 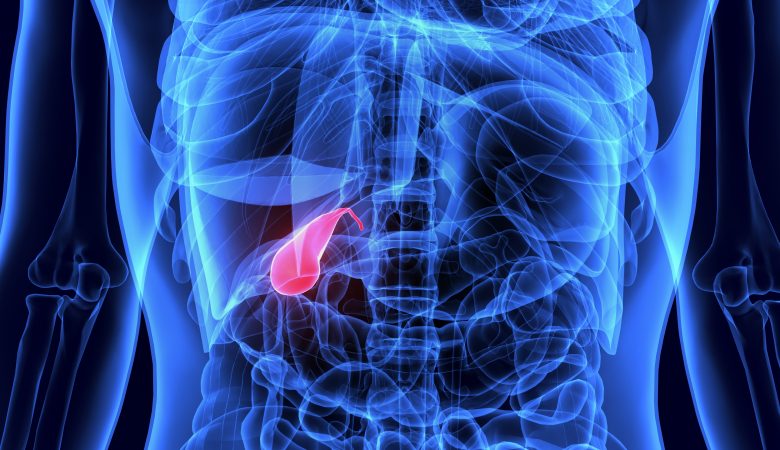