What is food poisoning?

Food poisoning occurs when a person ingests food or drink contaminated with a bacteria or toxin produced by bacteria, or, very rarely, by toxins from chemicals or pesticides.

Even before dietary diversification, food poisoning can also develop in children, particularly babies, as a result of consuming contaminated water or infant milk or if the mother has eaten contaminated food while breastfeeding.

What are the causes of food poisoning

Food poisoning can result from the contamination of food before, during, or after preparation. Indeed, a person may have been ill when hygiene measures are not followed (e.g., the sick person handling food), when food is poorly washed, cooked, preserved, or stored.

Some foods may be more likely to be contaminated:

Often the smell and appearance of the food are not changed even if it is contaminated, so be careful!

Particular attention must be paid to foods prepared during the summer! Some foods are more sensitive to heat and should not be eaten or drunk if they have been exposed to heat for too long. When the temperature is higher, bacteria reproduce faster.

Food poisoning generally follows the voluntary consumption of food or drink, for which the rules of hygiene or conservation have unfortunately not been respected.

Whether it is products contaminated during manufacture or at home by non-compliance with the cold chain or expiration dates, the culprits are bacteria, bacterial toxins, viruses, or parasites.

The symptoms of food poisoning such as:

How long does food poisoning last?

Food poisoning requires a medical consultation or a visit to the emergency room in the most serious cases, the most frequently encountered culprits being Salmonella and Campylobacter. The incubation period depends on the pathogen and can thus be between one hour and several days. The duration of symptoms is usually a few days, but again it depends on the pathogen, the amount consumed, and any drug treatment.

What to do in case of food poisoning

Food poisoning usually clears up on its own after a few days without treatment. Medication, on the other hand, can assist to reduce unpleasant side effects like diarrhea and vomiting. Antidiarrheal, antispasmodic, or antibiotics in the case of a serious bacterial infection, can be prescribed by your doctor.

To rehydrate, it’s also a good idea to drink water and salt solutions instead of solid foods.

Hospitalization may be required in some more extreme situations. This is especially true when the person affected is already vulnerable, such as the elderly or those who have a weakened immune system.

How to prevent food poisoning

Prevention requires hygiene and attention at all stages of the food chain, from production to food preparation.

When shopping, buy frozen foods last and place them in a cooler bag. Avoid leaving your purchases in the car and immediately store perishables in the fridge.

Watch out for the refrigerator:

Also, pay attention to the freezer:

Be vigilant in the event of a power failure. 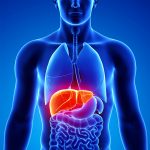 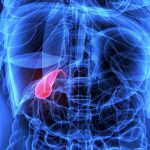