Self-mutilation or self-harm can manifest itself in different ways, such as scratching, cutting or hitting oneself. Sometimes self-mutilation is an expression of stress or unspoken feelings, but it can also be the symptom of an underlying disease.

Recent research shows that as many as one in ten young adults between the age of fourteen and seventeen has committed self-harm sometimes in their lives. Females, by the way, do it more often than males.

The symptoms of self-mutilation include the following:

While these symptoms are the most common, they are not the only ones that can indicate self-mutilation.

There can be several reasons why people, consciously or not, hurt themselves: to punish themselves, to turn inner emotional pain into physical pain or to forget other painful things.

Trauma victims sometimes use self-mutilation to stop moments of ‘re-experiencing’ of the trauma.

Self-mutilation also has an addictive effect. By hurting yourself, endorphins are released, a natural painkiller that also causes a feeling of euphoria. As a result, it is difficult for the patient to stop the harmful habit on their own.

Keep in mind that self-mutilation is not a mental illness in itself, it is rather a symptom of another disease or condition such as borderline syndrome or autism.

Sometimes self-mutilation can be treated with medication. If it is an expression of nervousness or tension, the doctor may prescribe a sedative.

If the self-harm is a symptom of depression, antidepressants can help. If the patient suffers from psychosis, then an antipsychotic medications may be provided.

However, sometimes treatment may be needed for the underlying mental health problems. Then the doctor will refer the patient to a psychologist or psychiatrist. Based on the diagnosis, he or she can draw up an appropriate treatment, for example psychotherapy.

The injuries of self-mutilation can sometimes be so severe that medical care is needed. This may be done via a referral to the emergency department of a hospital. 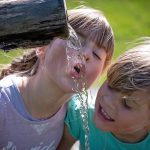 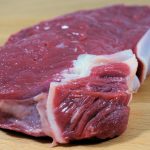