Chinese and American researchers have successfully developed PanSeer, a test that has been able to detect cancer in asymptomatic people four years before the standard diagnosis in more than 90% of cases.

While the number of new cases of cancer in France is estimated at over 380,000 each year, the early diagnosis of these diseases remains a key issue. Cancer detected early is indeed cancer better treated, with a higher cure rate. Researchers at Fudan University in China and the start-up Singlera Genomics could help in this direction by creating a particularly powerful blood test, described in a study published on July 21, 2020 in the journal Nature Communications.

An accurate diagnosis for 5 types of cancer

Called PanSeer, the test, consisting of a simple regular blood test, was carried out on several hundred people. The goal was to monitor cancer development over several years using a biological process called DNA methylation analysis, which identifies possible DNA signatures specific to each cancer. According to a statement from the University of California at San Diego, “the test detected cancer in 91% of individuals who were asymptomatic when the samples were taken and who were not diagnosed until four years later.”

In addition, PanSeer was able to detect cancer in 88% of samples from 113 patients who had already been diagnosed with cancer at the time of sampling. He was able to accurately confirm this diagnosis for five types of cancer: stomach cancer, esophageal cancer, colorectal cancer, lung cancer and liver cancer. “The test also recognized cancer-free samples 95% of the time,” the statement said.

The researchers are pleased to have developed a test “that can find tumor markers much earlier than conventional diagnostic methods”. “The end goal would be to have blood tests like this performed regularly during annual checkups,” said Kun Zhang, one of the study’s corresponding authors. But the current priority is testing those most at risk, based on their family history, age and other known risk factors. “

The researchers insist that PanSeer is “unlikely” to “predict which patients will develop cancer.” Rather, it will be able to “identify patients who already have tumor growth but who remain asymptomatic for current detection methods”. Further research will be needed to confirm the potential of this discovery 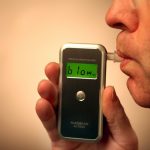 Previous post A "breathalyzer" to test for the coronavirus in France 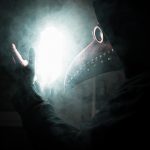 Next post Bubonic plague in China is nothing to worry about, says WHO
0 Shares