Lung cancer usually begins to form in mid-fifties or sixties. Smoking is responsible for 80% to 90% of cases of lung cancer.

This cancer is particularly threatening because it can spread more easily to the rest of the body than other types of cancer. In fact, all of our blood passes through the lungs to be oxygenated, and the lungs are in close contact with several blood and lymphatic vessels. Lung cancer is all the more alarming because it is often discovered late.

According to the Centers for Disease Control and Prevention, in 2017 about 221,121 cases of lung cancer were reported in the United States. Behind breast cancer and prostate cancer, lung cancer is third leading cancer in the US. For the same year of 2017, 145,849 people died of the disease or 37 deaths per 100,000 people.

However, this cancer can be prevented very effectively by quitting or smoking less.

It is estimated that 85% of cancers are due to tobacco. Tobacco smoke and the particles it contains have the effect of reducing the ciliary activity of the surface cells of the bronchi, thus slowing the expulsion of inhaled particles. The prolonged contact of these particles with the lungs is the cause of the appearance of cancer cells.

Passive smoking for those who are in the environment close to a smoker (family, children, friends) or for those who work in the presence of smokers is also a significant risk factor. They too are at risk of developing lung cancer even if they have never smoked.

Exposure to carcinogenic particles such as asbestos, chromium, nickel, arsenical or benzene compounds and even a gas such as radon can also lead to lung cancer.

Studies have also reported the possibility of a genetic risk factor in people who have never smoked or who have never been in contact with smokers, and who nevertheless will develop lung cancer.

There are 2 types of lung cancer. They grow and spread differently in the body.

Lung cancer is among the deadliest, along with pancreatic cancer. The survival rate of people with this cancer, 5 years after diagnosis, is 17% in women and 14% in men. Although the person responds well to treatment at first, relapses are common in the years or months that follow.

Lung cancer often obstructs the bronchi, which creates a breeding ground for infections of the respiratory tract, such as bronchitis or pneumonia.

As mentioned earlier, cancer can spread to other parts of the body by metastasizing. Usually the metastases will lodge in other parts of the lungs, and in the bones, brain or liver. They are more common in cases of small cell lung cancer.

Sometimes no symptoms are detectable. The most common symptoms are as follows. However, other health problems can also cause these symptoms.

Avoiding these factors helps reduce the risk of lung cancer. However, most people who have a risk factor will not get this cancer. On the other hand, the disease can occur even in the absence of all these risk factors.

By far, this is the biggest risk factor. Smokers are 10 to 25 times more likely to get lung cancer than non-smokers. For a smoker of two packs of cigarettes per day, the risk is 50 times higher. The risk depends on the age at which you started smoking, the number of years and the number of cigarettes consumed per day. Although lung cancer takes several years to develop, physiological changes in lung tissue can be seen long before. Women who smoke may be at slightly higher risk of lung cancer than men, for reasons that are not yet known.

“Exotic” cigarettes, often flavored, are not safer than cigarettes3. Some do not have a filter, others contain less tobacco, but more nicotine than regular cigarettes. It should also be noted that chewing tobacco is one of the main causes of oral cancer and throat cancer.

According to experts at the Mayo Clinic in the United States, believing that you reduce your risk of cancer by choosing cigarettes that are low in tar or in nicotine is often a mistake. This slight protective effect would be negated by the fact that the majority of people who smoke these cigarettes inhale the smoke more deeply, without realizing it, in order to obtain the same amount of nicotine.

Their smoke would be as harmful to the lungs as that of cigarettes. However, pipe and cigar smokers generally smoke less frequently than cigarette smokers, which reduces the risk of cancer.

In non-smokers, being frequently exposed to second-hand smoke is the main risk factor for lung cancer. Living with a smoker increases the risk by a factor of 1.25 to 2.5. Children whose parents smoke have a higher risk of lung cancer in adulthood.

Carcinogens could cause genetic mutations that cause cancer. This is the case for workers exposed to asbestos (miners in an asbestos mine, construction workers), radon (in uranium mines), chromium (welders) or fumes from gas ovens. People in frequent contact with chemicals or minerals that could be inhaled (arsenic, beryllium, vinyl chloride, nickel chromate, coal products, mustard gas, gasoline, diesel exhausts, talcum dust, etc.) and who do not adhere to security measures also have an increased risk.

Exposure to high levels of radon in the home increases the risk of lung cancer, especially in smokers. Radon is a radioactive gas naturally present in soil and rocks, produced by the breakdown of uranium. It is colorless and odorless. The risk arises in homes built on soils containing uranium. Radon seeps through basements through dirt floors, concrete walls (and even more so if they are cracked), drains and sump pumps.

There is more radon in some geographic areas. Radon is also found in high concentrations in soils contaminated by certain industrial wastes (uranium by-products, phosphate mines). In the United States, one in 15 homes would expose its inhabitants to unsafe levels of radon and 12% of lung cancer cases are attributable to radon.

Exposure to asbestos, a fibrous mineral used as an insulation in homes and buildings, also increases the risk of lung cancer. In homes, these insulators are not dangerous until they are broken or tampered with in the open, which can be the case during renovations. In the United States, homes built before 1977 — the year when their use was banned — may have asbestos.

Wood stoves, if they are not airtight, are sources of fine particles in the air of homes, especially dust and ash. Wood smoke is said to contain more than a hundred toxic substances, some of which are carcinogenic.

Air pollution is believed to be responsible for 5% of mortality linked to cancer of the trachea, bronchi and lungs. Particles from the combustion of coal, oil, natural gas and garbage incineration are the main culprits. This problem is of particular concern in poorer and more densely populated countries, particularly in Asia, but to some extent concerns all major cities.

Lung cancer is a type of cancer that has a low chance of recovery. However, there are several ways to prevent it. Regardless of age and smoking habits, quitting smoking lowers your risk of developing lung cancer and a host of other diseases. Indeed, five years after quitting smoking, the risk of lung cancer drops by half. 10 to 15 years after quitting, the risk almost matches that of people who have never smoked.

Thus, without a doubt, the most effective preventive measure is not to start or quit smoking. Reducing its consumption also helps reduce the risk of lung cancer.

Some measures that reduce exposure to radon in high-risk homes include: improved ventilation, cementing of dirt floors in basements, renovation of old floors in the basement, the sealing of cracks and openings in walls and floors.

If you have any symptoms (unusual cough, shortness of breath, chest pain, etc.), report it to your doctor, who will suggest various medical tests if necessary.

Some medical associations, such as the American College of Chest Physicians recommend screening for lung cancer with CT Scan in certain circumstances, such as smokers over 30 pack-years of age 55 to 74 years old.

If you have any doubts about symptoms of lung cancer (a persistent smoker’s cough, for example), seek medical attention immediately. Early diagnosis increases the effectiveness of treatment.

Quitting smoking once you know you have lung cancer improves the ability to tolerate treatment and reduces the risk of lung infection.

Some chemotherapy or radiotherapy treatments aim to prevent the formation of metastases. They are mainly used in small cell cancer.

Treatment depends on several factors: the type of cancer (small cell or not), its stage of development, the person’s state of health, and of course, what the person wants.

Several medical tests are used to diagnose and assess the severity of the cancer: analysis of sputum or blood samples, biopsy of the suspicious lung mass as well as images of the lungs obtained by different techniques (x-ray, computed tomography, Magnetic resonance imaging). Positron emission tomography and bone scintigraphy complete the workup and can determine if there is metastasis elsewhere in the body.

In some cases, the doctor and patient may find that the side effects of the treatments outweigh the benefits. It is then possible to opt for palliative care, which will relieve without treating the disease.

Although in practice it is impossible to take this into account when planning surgery, it is still interesting to know that the survival rate after surgery seems to be higher in the summer, due to the sunshine. The sun makes the body produce more vitamin D. This vitamin plays a role in particular in the cell proliferation cycle.

A combination of chemotherapy and radiation therapy is usually offered. This type of cancer responds well to chemotherapy. The treatments make it possible to reduce the size of the cancer, to slow down its growth while preventing metastases. They usually last a few weeks or months, with stops to allow the body to recover. Despite everything, relapses unfortunately remain frequent.

If the cancer metastasizes, radiation therapy will be used. Surgery is rarely used to treat small cell lung cancer.

Surgery is used when the tumor is localized and can be safely removed. The surgeon will remove either a small part of the lung (peripheral wedge resection), a segment (segmentectomy), an entire lobe (lobectomy), or an entire lung. (We have 2 lungs, the left one made up of 2 lobes, and the right one of 3.) The operations only require a few days of hospitalization, but recovery can take several months. If needed, a rehabilitation program can help restore the patient’s range of motion in the chest and arm to full breathing capacity. With time and with breathing exercises, the existing lung tissue expands and breathing improves.

Sometimes radiation therapy or chemotherapy is combined with surgery to prevent a relapse.

In people who are diagnosed with advanced cancer, it is often too late for the tumor to be removed by surgery. The doctor then offers chemotherapy or radiation therapy to slow the growth of the cancer. These treatments can prolong life. They do, however, cause unwanted effects.

Experimental drugs can also be used to slow the progression of the tumor.

Advice to better manage the side effects of treatment

Asking for the support of loved ones, joining a support group, attending conferences or obtaining psychotherapy support are all ways to help better get through the difficult times that may arise after diagnosis. Many programs and services are offered in hospitals and by cancer associations. Ask your doctor for suggestions.

Working as an editor for the Scientific Origin, Steven is a meticulous professional who strives for excellence and user satisfaction. He is highly passionate about technology, having himself gained a bachelor’s degree from the University of South Florida in Information Technology. He covers a wide range of subjects for our magazine.

Rheumatism: what diet to relieve symptoms 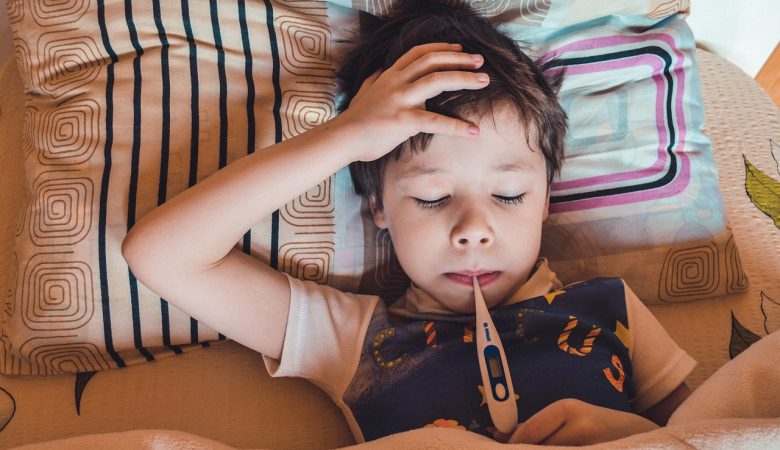