Stomach cancer, also called gastric cancer, develops from an initially normal parietal cell (cell in the wall of the stomach) which multiplies in an anarchic fashion to form a mass called a malignant tumor.

More than 90% of tumors that cause stomach cancer are adenocarcinomas, that is, they grow from the surface inner layer of the stomach called the lining. It is a slowly growing cancer that is rarely seen before the age of 50.

The tumors can remain local for a long time, before spreading to other layers of the gastric wall and invading adjacent organs (pancreas, colon, spleen) or by lymphatic and vascular route, leaving cancer cells to invade the lymph nodes, then spread these cancer cells to other organs such as the liver and lungs (metastasize).

Other forms of stomach cancer, such as gastric lymphoma (which affects the lymphatic system), sarcoma (which affects muscle tissue), or gastrointestinal stromal tumor (which begins in the tissues of organs that support the system digestive) are much rarer.

In the United States, about 28,000 cases of stomach cancer are diagnosed each year. Slightly more than 11,000 people die of the disease per year, according to 2020 expectation data.

We do not know a specific cause of stomach cancer, but chronic inflammation of the lining of the stomach increases the risk, as in the case of gastritis caused by Helicobacter Pylori. It is also associated with the consumption, over a long period, of salty, smoked, or pickled foods, with a diet low in fruits and vegetables, as well as with smoking.

The earlier stomach cancer is diagnosed, the better the chances of recovery. When it is still confined to the lining of the stomach, more than 50% of those affected will survive it for more than 5 years. If it has spread through the lymphatic system, muscle layers, or other organs, the 5-year survival rate is less than 10%.

In the beginning, stomach cancer very rarely triggers specific and obvious symptoms. It is therefore difficult to diagnose the disease at an early stage. However, often a tumor in the stomach causes the following symptoms:

These symptoms do not necessarily indicate the presence of a cancerous tumor. This is because they can be a sign of other more common problems, such as a stomach ulcer or an infection with a bacterium. If these symptoms appear, see a doctor quickly so that he or she can do the appropriate examinations and determine the cause.

People at risk of stomach cancer

Several food-borne factors are implicated, but little is known about their real impact in the West.

If a gastric disease is suspected, the first step is a gastroscopy. This examination is the most reliable way of clarifying whether it is chronic inflammation, a stomach ulcer, or cancer. The gastroscopy is usually carried out on an outpatient basis by a specialist in his or her practice or an appropriately equipped outpatient department in a hospital.

The stomach should be empty at the time of the test. Talk to your doctor about how long you should fast before the exam. If you take medication regularly, it should also be clarified whether this may have to be discontinued at short notice. If you wear dentures, they should be removed immediately before the gastroscopy.

In a gastroscopy, a thin, soft, flexible tube (endoscope) is carefully inserted through the mouth and down the esophagus into the stomach. Shortly before the examination, the throat is sprayed with an anesthetic spray or gel, which helps to suppress the gag reflex.

You can also be given a sedative to prevent pain. At the tip of the endoscope, there is a small camera that can be used to take pictures of the inside of the body and assess the gastric mucosa.

In addition, a small pair of forceps can be inserted with the endoscope, which the doctor can use to take small tissue samples from areas that show suspicious changes. This collection of samples is called a biopsy. It is not painful.

The tissue samples taken are then examined by a specialist doctor (pathologist) under the microscope (histologically). In this way, it can be determined whether the changes in the stomach lining are benign or malignant. As a rule, you have to wait several days for the result of the tissue examination to be ready. Sometimes another tissue removal may then be necessary.

If the suspicion of stomach cancer is confirmed, you will be asked for further tests. The aim is to determine what stage of the disease you are at. It is important to know whether the cancer cells may have spread to other organs and formed daughter tumors (metastases).

The steps required for this are summarized under the term “staging”. They are necessary so that your doctor can create an optimal treatment plan for you. The following examinations may be necessary for an exact clarification – your doctor will discuss the next steps with you:

Once all the examinations have been completed, your doctor will tell you what stage of the disease you are in and what therapeutic steps can now be initiated.

The stages of stomach cancer

The division of the disease into stages is based on the size or extent of the tumor and whether lymph nodes and other organs are also affected. The stages can be roughly summarized as follows:

If it is established that you have stomach cancer, your doctor will discuss possible treatments with you in detail. In principle, surgery, chemotherapy, and radiation therapy can be used for treatment. Under certain circumstances, new, molecular-biological therapies (so-called “targeted therapies”) can be used.

If the tumor is confined to the stomach, it should be surgically removed as completely as possible. To do this, a large part of the stomach or the entire stomach usually has to be removed. Organ-preserving surgery may only be possible with small tumors.

Doctors from various disciplines are involved in the planning and implementation of therapy. In a joint meeting, the so-called tumor board, all those involved advise which procedure is appropriate in each individual case. Tumors discovered very early can possibly be removed by means of an endoscopic resection while preserving the stomach.

As with a gastroscopy, the instruments and a camera are inserted into the stomach through a tube. This allows the tumor to be removed without having to remove the entire stomach. This is a very gentle process, but it can only be considered under certain conditions.

Surgery is an option if no metastases, i.e. settlements in the surrounding tissue or in other organs, have formed. Complete or partial resection of the stomach and surrounding lymph nodes is the only way to completely remove the tumor tissue. In the case of tumors of the stomach entrance, the lower part of the esophagus must also be removed.

During the operation, the abdomen is usually opened with an incision. Together with the stomach, the surrounding lymph nodes should also be removed as comprehensively as possible. After removal, the esophagus or the rest of the stomach is connected to the small intestine so that food can pass naturally. Your doctor will discuss with you which procedure is used.

Removing the stomach is a major procedure. It will take some time to recover after this. After the operation, natural nutrition will restart cautiously. If necessary, you will also receive a nutrient solution via a vein, so-called parenteral nutrition. A tube may also be necessary for a short time, through which you can receive food When you are discharged from the hospital, you will be able to eat normally again with care and without a tube.

Chemotherapy is also used for stomach cancer. It can be used as the sole therapeutic measure or before or after an operation and often makes a significant contribution to improving the chances of recovery and the quality of life. The aim of chemotherapy is to kill the tumor cells while protecting the healthy cells of the body in the best possible way.

The drugs used (so-called cytostatics) inhibit the growth of cancer cells and also damage them directly. Tumor tissue differs from healthy tissue mainly in that the cells divide faster, which leads to faster growth. Cytostatic drugs specifically attack cells that are currently in the dividing phase – this is why tumor tissue is more severely damaged by chemotherapy than healthy tissue. However, rapidly growing, normal cells are also attacked, which often results in undesirable side effects.

Ask your doctor what side effects you are likely to experience and discuss ways to alleviate these symptoms with him.

In the newer therapies, also known as targeted therapies, certain substances target key molecular processes in the cancer cells. These new substances can also be used in stomach cancer. Many of the new active ingredients are directed against targets that are preferred or increasingly found in certain tumor cells.

They differ from classic cancer therapies such as chemotherapy and radiation therapy in that they almost exclusively attack cancer cells. Discuss with your doctor whether this type of therapy is an option for you. They will also explain the benefits and possible side effects of each.

In addition, there are some new therapeutic approaches that are currently being tested in clinical studies. Talk to your doctor about the possibility of participating in such a study. This can be a chance to benefit from new, promising therapy options.

These measures could help reduce the risk of stomach cancer:

The frequency of stomach cancer has changed a lot over the past 20 years, most likely as a result of socio-economic changes, storage methods (salting, nitrates, refrigeration), and dietary modification. In addition, the recognition of genetic predisposing factors and the systematic search for Helicobacter Pylori infestation has enabled better detection and therefore earlier and much more effective treatment.

It is strongly recommended to consult a gastroenterologist for any digestive discomfort that persists, from the age of 50 years. 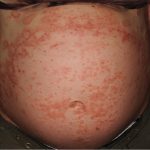 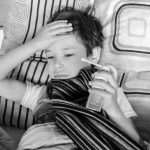 Next post A promising new drug to fight asthma
0 Shares