Ashwagandha is not a particularly popular plant in the west, but it’s one with a multitude of health benefits that should not be overlooked.

Indeed, native to India, ashwagandha is endowed with various health properties that have been known for thousands of years in the ancient world.

To help you discover this plant, here is a quick overview of the benefits it provides.

Bearing the scientific name of Withania somnifera, ashwagandha is a plant belonging to the nightshade family. It has its origins in India, where it has many other names, including “Indian ginseng” or “winter cherry”.

The plant is described as a relatively small-sized shrub with oval leaves of about ten centimeters. This plant is particularly appreciated in traditional Indian medicine (Ayurvedic medicine), because of its multiple effects on health.

Ashwagandha is well-known for its content of flavonoids and phenolic acids like gallic, palmitic, oleic, vanillic, coumaric, linoleic, benzoic, and syringic acids. It is also rich in fatty acids.

This composition of active and natural ingredients form the basis of the powerful health benefits of Ashwagandha.

Used for thousands of years in the many remedies of traditional Indian medicine, ashwagandha is a plant that has gained in reputation over the years. Recently, it has aroused the interest of westerners, especially because of its health benefits. But what are the medicinal properties of the plant exactly?

The composition of ashwagandha is rich in nutrients and active ingredients. Among them are withanolides as well as the sitoindosides. These elements are known to promote the production of antioxidant enzymes within the cerebral cortex itself.

Studies on ashwagandha show that the plant stimulates the production of these beneficial enzymes for the brain. Their mission in our cerebral cortex is essential: it consists of reducing the effects of oxidative stress on our brain, and therefore of preserving neurons.

On the other hand, these enzymes also play a preventive role against the appearance of lesions in the brain system. Treatments for neurodegenerative diseases mostly contain extracts from the plant.

In addition, ashwagandha can improve the cognitive abilities of people who consume it as part of regular treatments.

In traditional Indian medicine, it is then used to counter muscle and bone loss, but also the degeneration of cells and tissues of the body.

The benefits of ashwagandha are very varied, and many of them relate to our mental state. Indeed, it also helps reduce the negative effects of stress on the body. It is an “adaptogenic” plant, just like Rhodiola Rosea or Asian ginseng. People who suffer from transient or chronic stress can therefore use ashwagandha for relief.

The plant also greatly reduces the feeling of anxiety that oppresses them. Researchers are comparing the effects of ashwagandha to those of drugs used to treat stress and anxiety problems.

But the calming effects of the plant are far from ending there. Indeed, by acting on stress and our well-being, it also helps improve our sleep and rest. It is quite possible to consume ashwagandha to combat sleep disorders, including insomnia. It is for this reason that it is best to consume this plant in the evening.

In addition, ashwagandha helps our body to reduce and fight against signs of fatigue.

One of the reasons for the use of ashwagandha in Ayurvedic medicine is its anti-inflammatory effect. Indeed, the plant helps prevent and fight against joint diseases, like rheumatism or arthritis. These anti-inflammatory properties are just as interesting in the context of cardiovascular problems.

Ashwagandha is also world-famous for its extraordinary antioxidant properties. By improving the elimination of free radicals in the body, it helps to counter cellular aging, but not only that. It also helps prevent various diseases such as cancer and cardiovascular disease.

Ashwagandha is also considered a natural anti-aging remedy, due to its benefits on aging cells.

Ashwagandha is often presented as a natural, and particularly powerful, aphrodisiac. Its adaptogenic properties are not foreign since they reduce the effects of stress on the body. These are very often the cause of sexual disorders or dysfunctions.

The clinical studies carried out so far have also made it possible to demonstrate the anti-stress effect of the plant on patients. But in these cases, the plant also helped improve their sexual activity.

Of course, ashwagandha should not be consumed in too large doses. Indeed, in the event of excess, its consumption can have the opposite effect of that sought, and therefore affect libido.

Finally, the plant also appears to improve the quality and quality of sperm in men who consume it.

Scientists are interested in the potential anti-cancer effects of the plants, fruits, vegetables, and other plants they study. Therefore, the effects of ashwagandha on the disease have also been the subject of clinical studies.

During these trials, the researchers discovered the presence of withaferin A in the plant, as well as its effects. And it seems to block a protein involved in the development of cancer cells.

Consuming ashwagandha (and withaferin) therefore limits the effects of this protein on the cells of our body. And naturally prevent the development of cancer and other types of diseases.

Ashwagandha is a plant that many athletes use, and which is allowed in competition. Moreover, it is often considered as one of the best for improving the sports performance of athletes who need both explosiveness and strength.

In addition, the plant is also effective, to a lesser extent, on endurance and long efforts. The effectiveness of the plant is such that it raises some debates, especially with regard to sports competitions.

Ashwagandha taken as a supplement helps improve the strength of people who consume it. These effects are observed as much in athletes as in sedentary people. In addition, supplementation helps improve performance in intermittent sprinting, both for people who train and for those who do not participate in sports on a daily basis.

Finally, supplementation with ashwagandha increases testosterone production in people who have low levels of it as well as those who follow strength training programs.

Scientific studies have proven that this herb improves strength and helps increase muscle mass in people who perform muscle building (or weight training). The results are significant and make it possible to confirm that the use of the plant is beneficial in a sports setting.

Ashwagandha as a dietary supplement also helps improve balance, power, maximum velocity, and maximum oxygen consumption in athletes. The same goes for the muscle strength of the back, legs, and hands.

The effects of ashwagandha on sports performance primarily concern short and intense efforts. However, the elements available to us to date also allow us to underline its effectiveness in sports performance during long-term efforts (aerobic type). Likewise, the plant has a beneficial effect on the maximum capacity of oxygen consumption: VO2MAX. Regarding this ability, it allows a slight improvement.

In addition, ashwagandha-based supplementation can delay the attainment of exhaustion during long efforts. In other words, the plant helps improve stamina. As such, it acts on cardiovascular endurance. Athletes who follow a cure of this plant can thus improve their cardiorespiratory endurance.

Herbal medicine is now widely used in sports. And this, to take advantage of the benefits of plants on physical performance. Adaptogenic plants are among the favorites in this area, such as Korean ginseng, Rhodiola, or even ashwagandha.

Adaptogenic plants help the body adapt to all stressful situations. In this, they help to improve sports performance and endurance. But not only. They also help optimize recovery after intense physical effort. Athletes particularly appreciate the effects of ashwagandha on inflammation.

Side effects of ashwagandha

Ashwagandha is considered a safe herb as long as it is consumed reasonably. In the long term, its use does not generate any particular health problem or symptoms. However, plants such as ashwagandha are very potent: their effects should not be underestimated especially when the recommended dosages are not respected. In addition, its consumption is the subject of some contraindications that it is important to remember.

Indeed, in high doses, Ashwagandha can cause various intestinal disorders: diarrhea, constipation, etc. Also in high doses, ashwagandha generates a hypnotic effect. It is therefore always necessary to take care to start an ashwagandha cure with reduced doses, and to increase them over the weeks.

It is also best to take ashwagandha in the evening: it can have sedative effects at too high a dose.

In addition, ashwagandha is often not recommended for people with intestinal disorders, hyperthyroidism, or hemochromatosis.

Finally, people who are taking antidepressant therapy should also seek the advice of their doctor before starting a cure of ashwagandha or any other plant.

How to take ashwagandha?

There are different products made from ashwagandha. The tincture is consumed in drops, of which you should take one to three drops per day.

When it comes in the form of a powder (infusion, capsules, decoction), ashwagandha can be consumed every day. Be careful, here, do not exceed the daily dose of five grams. Two infusions a day are more than enough.

Ashwagandha is also found in dry, pulverized root or dry, standardized roots. In the first case, it is usually in the form of tablets (food supplements). The dosage to be respected is always found on the product packaging. In the second case, the plant is consumed in capsules. Dosages should also be respected.

When starting an Ashwagandha cure, it’s best to start with reduced doses and to increase them over the weeks in the absence of side effects. On the other hand, if symptoms related to the plant appear, the daily doses should be reduced. And even completely stopped its consumption if they persist.

With plants as powerful as ashwagandha, the ideal is always to go gradually.

Ashwagandha provides a wide range of benefits. However, the recommended doses should always be followed. It is a powerful plant, which you must know how to use and consume sparingly. Do not hesitate to seek the advice of a health professional or a specialist in herbal medicine to find the most suitable ashwagandha dosage. And thus, enjoy the benefits of the plant without feeling side effects! 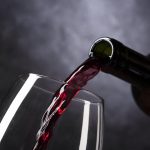 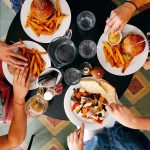