It’s no secret that running brings some amazing health benefits. It is indeed an excellent exercise for preventing cardiovascular disease, reducing blood pressure, and controlling weight by burning a considerable amount of calories.

Running also provides several other benefits, some of which are particularly surprising.  Let’s take a look together at the most important benefits that you can advantage of by going for a run from time to time.

Running is one of the most energy-hungry sports you can get into. Indeed, there is nothing like endurance sports for lasting weight loss. And if there was to be only one, running would win hands down.

Ideal for maintaining muscles and burning fat mass, running offers an excellent efforts/results ratio. On average, a person burns 80 to 140 calories per mile.

Running is the king of cardio. Daily 5 to 10 minutes of running at a leisurely pace is linked to a significantly reduced risk of premature death from heart disease, according to research published in the Journal of the American College of Cardiology. Compared to people who never run, people who do run regularly are half as likely to die prematurely due to heart disease.

Those with health problems such as high cholesterol, high blood pressure, diabetes, obesity, people with a family history of cardiovascular disease, people who consume a significant amount of cigarettes or alcohol, and people who are over 40, even if they do and do not experience any health problems, we recommend that they undergo a comprehensive examination before going for a run.

Getting the green light from your doctor after a health examination can have a reassuring effect.

However, avoid doing excesses. Very intense running can make your immune system slightly weaker than usual in a short time window immediately after training, which is why it is so important to eat right after running and to plan enough sleep and regeneration time.

A team from the City Heart of Copenhagen studied the mortality rates of runners and non-runners after 35 years, and it appears that the mortality is decreased by 44% among runners. Two hours of running per week, divided into two or three sessions, would save 6.2 years for men and 5.6 years for women.

5.   Keeps you young and healthy

Not only does running increases life expectancy, but it also keeps people looking younger and healthier for longer. Indeed, research has found that runners age less quickly than non-runners. They would gain 16 years, according to work carried out by Stanford University. Other animal research shows that using the treadmill will help keep cells younger for longer. At stake? Less gray hair, better muscle mass, boosted fertility.

To regulate and lower blood pressure, regular physical activity of low to moderate intensity is recommended.

The idea is to opt for an endurance and aerobic type sport such as brisk walking, running, cycling, swimming, etc.…

In cases of high blood pressure, it is recommended to practice low to moderate intensity sport 30 minutes a day 3 times a week, alternating a day of rest and a day of training.

Physical activity, in general, has a beneficial effect on blood sugar. When we move, our muscles consume glucose. Several studies have shown that a running session lowers blood sugar in diabetics. However, be careful of post-exercise hypoglycemia.

As you run, your whole body is flooded with oxygen. Therefore, if you go running often, your body learns how to transport oxygen to the muscles and use it optimally for its performance. This gives you more energy and improves your athletic performance. In addition, running will make you more agile over time. So, running paves the way to real athleticism.

9.   Tones and sculptures your legs

There are two different sports where all the different muscles in the leg area can work at the same time. One is swimming and the other is running. If you want to have strong and well-shaped legs, running is your best option.

As with the legs, running improves the shape of the butt. No exaggerated volume gain but the butt will gain in firmness after a few weeks. Indeed, walking and jogging work the glutes, which are the outer muscles of the thigh.

To optimize this benefit, you can practice Diaphragmatic Breathing combined with a few abdominal exercises.

Running in particular is very beneficial to the skin. Sweating during exercise helps cleanse the pores. The heat produced by the body stimulates microcirculation, the dermis is better irrigated, the tissues are better nourished and the skin, better hydrated, becomes more supple and radiant.

Cardio sports that boost heart health and make people sweat are the champions of healthy skin, as long as you do not overdo them. Beyond three intensive hours per week, they can become pro-oxidants (a source of aging) and melt facial fat, with the effect of promoting wrinkles.

Numerous scientific publications have confirmed that physical exercise accelerates the creation of new neurons, stimulates memory, and plays a positive role in the treatment of depression.

A Canadian study has highlighted the importance of physical activity on mood management in laboratory rats. These become less anxious and less receptive to stress during tests carried out after several weeks of exercise. However, these benefits disappear after a month of a sedentary lifestyle.

And you don’t need any study to realize that running allows you to clear your mind with a simple breath of fresh air.

The criticism sometimes made of running is that it imposes repeated shocks on the skeleton. This ignores the fact that bones need impacts to maintain their density. An American study carried out on tens of thousands of women over 50 showed that their risk of having to undergo hip replacement was reduced by 40% when they ran or walked at least four hours a week.

To effectively fight against sleep disorders, running is an excellent natural sleeping pill. As long as you don’t run just before going to bed, but rather between 5 and 6 p.m., a well-conducted jogging session (pace, breath, stride) relaxes the muscles.

They tend to tense up throughout the day. After training in the open air, the body is tired, the mind calmed, the tensions are forgotten… These conditions promote deep and restorative sleep.

Running boosts self-confidence whether you’ve just finished your first half marathon or are attempting to run 5 minutes without stopping for the first time. Each mile you run is a personal triumph.

Becoming a frequent runner could help you avoid certain cancers. According to a British study, intense physical exercise such as running can reduce the risk of developing colon cancer by 30% to 40%. Women of normal weight who practice running are also said to have a 30% lower risk of developing breast cancer.

Running is good for the body, but also the mind. Scientists have observed several beneficial effects on the brain from running. Among other things, running promotes the creation of blood vessels and stimulates the nerves, which amplifies memory, learning abilities, and concentration.

A study published in Archives of Sexual Behavior tends to prove that running for one hour four times a week for 9 months leads to more and better sex.

Running not only improves the sex life of practitioners but also increases their fertility. Research shows that the risk of erection problems is reduced by 83% in men who run at least 5 hours per week. It even seems that regular activity outdoors increases the concentration of sperm.

For most women, menopause is the big hormonal upheaval that causes irritability, overweight, depression, pain, etc. These inconveniences are due to a dysfunction of the nervous system of the internal organs. However, most experts say that physical exercise tends to facilitate the action of the regulatory mechanisms of this nervous system.

running can help women get over this smoothly and help them maintain a good self-image. Running also strengthens bone capital and prevents the risk of osteoporosis, major risks during menopause.

23.     Fight against constipation and bloating

Running speeds up transit without turning it into a meltdown. It’s a good regulator. Besides, you don’t get constipated when you run because you have to drink to rehydrate.

running is also effective in combating bloating. As the transit is faster, the fermentation of food, which results in the production of gas, does not have time to take place.

The pain felt during menstruation is due to prostaglandins. These substances secreted during menstruation cause contractions of the uterus, the muscles of the pelvic area, the back but also the intestines. Not to mention that they exacerbate the sensitivity of the nerves.

Sports, and running in particular, by increasing blood flow in the lower abdomen, will help to oxygenate the muscles better and thus neutralize their contractions.

Running is one of the few sports that requires very little financial investment to get started. Just buy a good pair of running shoes and you’re good to go. If you are a woman, you might need a good sports bra as well.

Furthermore, running is an individual sport that can be practiced at any time and in almost any place, while traveling, alone, or in the company of a friend. So, no more excuses! 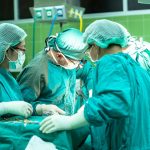 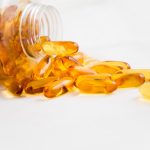