Fish oil is a dietary supplement prized for its richness in essential fatty acids and its benefits for the development and well-functioning of the brain.

These, omega-3 EPA (eicosapentaenoic acid) and DHA (docosahexaenoic acid), are known to play a role in cardiovascular health and mental development. However, the benefits of fish oil go beyond the brain and the heart.

Indeed, many scientific studies have shown the benefits of a diet rich in omega 3, protecting against cardiovascular disease, depression, cognitive decline, and even infertility.

Let’s take a look together at what fish oil has to offer.

What is fish oil?

Fish oil is a by-product of the fishing industry, largely derived from the remains of fish processing.

Fish oil falls into the category of food supplements and comes either in liquid form or in capsule form.

1.     DHA is an important building block for the brain

As you may already know, our brains are 60% made up of fats. Fats are therefore an enormously important building material for the brain. The fatty acid DHA found in fish oil is particularly important for the brain.

This omega-3 fatty acid DHA is often combined with L-theanine to support concentration in both children and adults. This combo is often called “L-Theanine Omega-3” and is very effective.

In addition, DHA is not only an important building block for the brain but also plays a role in the functioning of the brain.

A study conducted on mice by Michigan State University found that fish oil could help strengthen the immune system.

The mice were divided into two groups. For five weeks, one group received fish oil as a dietary supplement and the other did not. The researchers then compared blood samples from these two groups. The results showed that the mice that were given fish oil produced more B lymphocytes, i.e., white blood cells specialized in the production of antibodies.

The researchers found that the omega-3 contained in fish oil would have two complementary effects on our immune system. On the one hand, they would limit the hyperactivity of T lymphocytes in order to avoid the risk of inflammation, and on the other hand, they would improve the production of B lymphocytes to better fight against infections.

Fish oil is not a miracle product, but this study shows that it could be a precious ally for our health.

3.     Contributes to the maintenance of normal triglyceride levels in the blood

Indeed, as many as 44 different clinical scientific studies have shown that the DHA in fish oil is good for the triglyceride level in the blood.

Several studies have shown that an intake of omega-3 can help reduce the risk of AMD (Age-Related Macular Degeneration). This disease, which is characterized by the aging of the retinal area, is the leading cause of blindness in older people.

Omega-3 helps maintain the integrity of lipid membranes in the retina. DHA (docosahexaenoic acid), present in omega 3, facilitates the regeneration of rhodopsin, a visual pigment that is involved in the transformation of the light message into an image.

This acid also has a protective role in the vessels and increases the activity of an enzyme whose main role is the elimination of debris from the retina. However, it is precisely this waste that causes macular degeneration.

5.     Contributes to the vision & brains of unborn babies

What many people do not know is that fish oil, and especially the DHA it contained, is also very healthy during pregnancy. DHA contributes to the development of the brain and vision of the fetus and infants (babies).

To benefit from that benefit, you must get at least 250 mg of DHA per day! It is therefore wise to eat enough fatty fish during pregnancy or to use a fish oil supplement.

Fish oil is also good for blood pressure. For example, often after heart surgery, people are even prescribed EPA and DHA by the doctor to maintain healthy blood pressure.

However, you have to get quite a lot of DHA and EPA if you want to benefit from that advantage of fish oil. Fish oil is only good for blood pressure from an intake of at least 3.0 g per day (EPA and DHA).

Consuming high doses of fish oil supplements may relieve some of the symptoms of the autoimmune disease Rheumatoid arthritis.

In fact, a meta-analysis published in 2007 and a review of the scientific literature indicates that fish oil can relieve morning stiffness and tender joints in people with rheumatoid arthritis. It also makes it possible to reduce the dosage of anti-inflammatory drugs, a significant advantage, given their undesirable effects. Indeed, these drugs cause stomach irritation and an increased risk of ulcers, and the risk of developing cardiovascular problems.

However, keep in that the relief from fish oil may take 2 to 3 months to appear, while the effect of anti-inflammatory drugs is immediate.

Consuming fish oil helps boost the functions of testes, according to new research from JAMA. In this cross-sectional study involving 1,679 young Danes, fish oil supplements were associated with higher semen volume and total sperm count, as well as larger testes.

Likewise, the testicle size of men who took supplements for less than 60 days was 0.8 ml larger, and that of men who added fish oil to their diet for 60 days or more was 1.5 ml larger compared to the others.

This research was done as part of the fight against male infertility, which is increasing in many countries without knowing exactly why. Infertility affects about 15% of couples, and 40 to 50% of this type of problem is due to male factors, note the researchers.

A clinical trial conducted in Quebec involving 432 depressive patients indicates that a fish oil concentrated in EPA (1050 mg EPA / 150 mg DHA) was significantly more effective than a placebo in relieving symptoms of depression. According to the researchers, this effectiveness is comparable to that of antidepressants.

Omega-3 helps expectant mothers maintain good morale throughout pregnancy and even after childbirth. Several studies have shown that women who consume the most Omega-3 suffer less from the postpartum “baby blues”.

In addition, a team from the University of Kansas identified that the daily consumption of an egg enriched in Omega-3 (hens fed with flax seeds) would increase the duration of pregnancy by 6 days on average. This is very interesting data to avoid premature births when the pregnancy is at risk.

A recent study done on the impact of supplementation with fish oil to prevent skin damage from air pollution shows that fish oil supports the absorption of fat-soluble vitamins such as vitamins D and A (both related to skin health).

Fatty acids are important for the health of the skin, and therefore that of the scalp. Omega-3 helps strengthen the hair and prevent hair loss. They promote hair growth. Full of shine, the hair is soft and shiny day after day.

A deficiency in omega 3 is manifested by dry skin, especially on the scalp. The hair becomes dull, dry, brittle, and loses elasticity.

The liver is an organ whose mission is to process the fat in our body. It can therefore have a very important role in weight regulation and fat storage. Certain nutrients and foods support the liver in its work and allow it to be more efficient while protecting it from ailments and other problems like NAFLD, non-alcoholic fatty liver disease, which manifests itself as a build-up of fat in the liver.

Fatty acids work to improve our liver function and can help reduce the amount of fat that builds up in the body.

A deficiency of omega-3s in the diet, according to research published in the American Journal of Clinical Nutrition, can reduce life expectancy even more than smoking. Smoking reduced life expectancy by four years, whereas low levels of fatty acids reduced it by five years, according to the researchers. The Framingham Heart Study (FHS), one of the world’s longest investigations, was employed in the research.

Like any intake of food supplements, regular fish oil supplementation should be discussed with your doctor in order to avoid any contraindication or any adverse effect in relation to ongoing drug treatment.

Among the contraindications to taking fish oil are:

Note that some people may not want to take omega-3 from fish oil for reasons as diverse as marine pollution, the composition of the capsule, or environmental or ethical choices (veganism for example).

It is therefore still possible to turn to omega-3 from plants (alpha-linolenic acid) although these remain insufficient.

Tips for a good choice of fish oil

For a good choice of fish oil dietary supplement, it is ideal to seek advice from your pharmacist. In all cases, check the total omega-3 content on the label, keeping in mind that the recommended dose per day is set at 500 mg (EPA + DHA).

The choice between the liquid or capsule version of fish oil is a matter of taste! Some people will find it difficult to swallow large enough capsules, while others will not appreciate the strong taste of the oil, partly masked by a lemon or orange aroma. 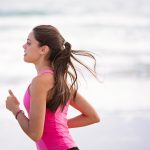 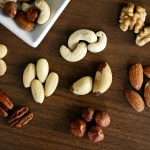