It’s already known that the common herpes virus can increase the risk of Alzheimer’s disease. However, the mechanism behind this is not clear. Recently, a group of researchers at Umeå University (Sweden) found that a previously unexplored gene called GM17, may explain why herpes in some people leads to Alzheimer’s disease.

Infection with the common herpes virus can increase the risk of Alzheimer’s disease. The virus is believed to be able to reach the brain in older people, where it causes an infection that develops slowly and after several years leads to Alzheimer’s disease.

To understand why some people who carry the herpes virus suffer while others do not, a research group at Umeå decided to investigate whether a gene variant that impairs how the immune system can deal with herpes infections also increases the risk of Alzheimer’s disease.

“The specific gene variant, called GM17, has not been investigated in previous large studies as part of genes potentially responsible for Alzheimer’s disease, as it is located in an area of the genome that is not normally investigated,” says Associate Professor Hugo Lövheim, who led the study.

From the Medical Biobank at Umeå University, the researchers retrieved samples from 363 people who later developed Alzheimer’s disease. The samples were taken on average almost 10 years before diagnosis.

The research shows that people whose two predispositions were GM17 had about doubled the risk of developing Alzheimer’s disease and also had lower levels of antibodies of the herpes virus. That was 19.8 percent among those who later developed Alzheimer’s disease and 10.7 percent among those who did not develop dementia who carried two predispositions of GM17.

“It appears to be both a strong and relatively common risk gene for Alzheimer’s disease, and given that we already know that it is of great importance for the immune system against herpes virus, our research also clearly points to herpes infection as an important factor in the development of the disease,” lövheim says.

In further studies, the researchers will investigate whether treatment for herpes virus can affect the course of the disease. A pilot study has been completed in spring 2020 and analysis of the collected data is ongoing. A larger randomized study is planned. The project was a collaboration between researchers at Umeå University and the Medical University of South Carolina, USA. 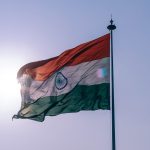 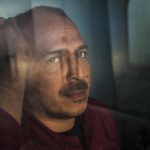