Studies have suggested that certain diabetes medications (antidiabetics) may have a specific positive effect against the risk of depression. This is the case with metformin.

Diabetes is associated with a significantly increased risk of depression. While a few studies tended to indicate that one or the other anti-diabetic drug might have a favorable effect on this risk, there really was no large-scale systematic review. A Danish team (University of Copenhagen) have undertaken the task to find out.

The team crossed data extracted from four population registers covering a period of ten years. About twenty anti-diabetics (the most commonly prescribed) were taken into account, as was insulin. In total, some 430,000 diabetic patients were included in this follow-up.

Metformin (Glucophage, Metformax, etc.), alone or in combination, is used as a first-line treatment in the treatment of type 2 diabetes. It is an old, effective and low cost drug. The molecule is being studied in other diseases, such as lung cancer, breast cancer, prostate cancer, pancreas cancer or ovary cancer, as well as Parkinson’s disease and ventricular hypertrophy. It even seems that it can help slow aging, and thus slow the development of age-related diseases. 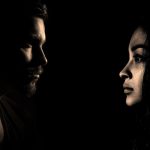 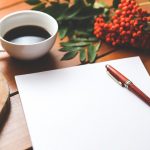