Between the fourth and sixth month of life, your may gradually begin to introduce solid food to your baby. However, despite this major milestone, there are still certain precautions you should take concerning diet to prevent your baby from getting sick. While it is important to know what you can feed the baby, it is even more so when it comes to knowing what you should not.

Absolutely unsuitable foods for babies are, for example, honey, which can be dangerous for young children. Other foods – for example cow’s milk – cannot yet be used optimally by the child’s organism at this stage of development or cannot be used optimally. Nutritionists recommend that you slowly start the transition to a solid diet and not offer too many different foods to your child at the beginning.

First, the baby’s digestive system is still very sensitive at this stage and has yet to learn how to deal with the new food.

The second reason why your baby does not tolerate all foods well in their first year of life is that their immune system is not yet fully developed and antibodies to undesirable substances are only gradually forming. The baby may now react very strongly to otherwise harmless germs that can be ingested with foods.

Many parents also fear that their child might develop allergies from unsuitable foods. In the past, doctors and dieticians would advise parents to keep potential food allergens away from toddlers completely in the first year of life. However, nowadays many believe that it is important for babies to get used to the environment slowly. Complete shielding them from allergens can mean that your child will later be more susceptible to allergies.

Cow’s milk and cow’s milk products (cheese, cream, yogurt) should not be given to children too early in the first year of life. Breast milk and baby formula are tolerable for babies but cow’s milk strains the baby’s intestines and the kidneys due to its high protein and mineral content.

In sensitive children, the protein from cow’s milk — albeit very rarely — can lead to allergic reactions at first contact. Milk and dairy products also often contain pollutants from feed. Goat or sheep’s milk and soy milk are also unsuitable foods in the first year of life.

Experts do not agree and are not sure when cow’s milk can be safely given — suggestions vary between the eighth and 15th month of life. If you want your child to try cow’s milk products from the eighth or ninth month, it is best to start with a special baby yoghurt. These yoghurts have a lower content of cow’s milk protein than normal yoghurt and are therefore better tolerated.

Honey is considered one of the healthiest foods, but when it comes to preparing baby food at home and in pure form, it is absolutely taboo for children in the first year of life. Through its processing, it can contain bacteria that, in the worst case, lead to a life-threatening intestinal infection (botulism), which can be fatal.

If ready-made baby porridge has been prepared with honey, however, they are harmless, as the manufacturers continuously monitor the purity of the ingredients and products and control them very closely.

Cold-pressed oils can contain pollutants that can overwhelm the liver of babies and young children. They should only be used in organic quality in babies to avoid contamination.

Soft-boiled or raw eggs should not be given to a baby in the first year of life because of the risk of salmonella infection.

Certain vegetables are to be avoided. Eggplant in particular can be quite harmful to babies due to their high nicotine content. Leafy salads cannot be chewed sufficiently in the first year of life by the baby. Caution is advised with nuts as they can be swallowed whole, posing a risk of choking. Bloating foods (lentils, peas, beans, cabbage) and hot spices are often poorly tolerated by babies. Salt can put a heavy strain on the kidneys of young children and should only be used in very small amounts.

Refined sugar, sweeteners and artificially sweetened beverages (lemonades, juices with added sugar) should be avoided. Unsweetened fruit or herbal teas and water are suitable as a drink (after 6 months). Caffeine-containing drinks — coffee, black tea or sodas — are prohibited.

But please don’t panic: If your child comes into contact with the above foods, it is most likely that nothing will happen to him or her at all. The main purpose of these warnings is to help you minimize or completely eliminate the risks.

What about cereal products?

Until recently, many cereal products were also considered unsuitable foods for babies. On the one hand, it was assumed that children’s intestines could not process cereal products properly until the end of the first year of life. Wheat, rye, oats, barley and spelt also contain gluten, which can cause constipation in babies.

Furthermore, medical statistics show that one in 1,000 children develops gluten intolerance (celiac disease) — the abandonment of gluten-containing foods in the first year of life should reduce the risk of it. Some experts also suggest that early administration of cereal products increases the likelihood of diabetes in adulthood.

However, there is no consensus on the issue: researches have shown that the risk of celiac disease actually decreases in toddlers who are gradually given small amounts of gluten-containing cereals from the fifth to seventh month of life. Type 2 diabetes — the so-called age-related diabetes — can also be prevented by a balanced diet as well as a lot of exercise in later life. Diabetes indeed has little to do with infancy diet.

Today, our foods are mainly produced industrially — many of them contain colorings and preservatives, flavor enhancers and artificial flavors. In young children, they often lead to intolerance reactions. It is optimal if you can largely avoid products with such additives in your toddler’s diet.

Commercially available baby porridge are safe – the ingredients in those products usually come from controlled cultivation, their production is strictly monitored.

The most common childhood allergy-causing foods are cow’s milk, chicken egg, peanut, soy and fish. However, avoiding these foods in the first year of life is not recommended according to current knowledge, as long as no allergy has been clearly detected. Early “introduction” of these substances may even prevent the development of allergies.

If a food allergy exists, it can manifest itself through skin irritation, gastrointestinal symptoms, but also asthma-like symptoms. The corresponding diagnosis always belongs in the hands of a doctor. Once the cause is found, the corresponding substance must be strictly avoided. 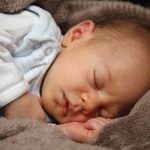 Previous post Baby constipation and how to solve it 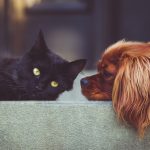 Next post Zoonosis: diseases that you and your kids can catch from pets
1 Shares