A zoonosis is any disease transmissible from animals to humans and/or from humans to animals. Some, such as rabies or toxoplasmosis, are well known, others much less so, although they can be dangerous, especially for at-risk categories such as babies and young children.

If you own a pet, dog, cat, rabbit, but also bird or reptile, below you will find the main diseases that can be transmitted to your child and how to protect yourself against them. We will distinguish between diseases transmissible by skin contact (petting, kisses), by scratching and biting, by ingestion of contaminated element, and by inhalation.

Ringworm, caused by a microscopic fungus of the genus Microsporum or the genus Trichophyton, can be found in all domestic mammals. It is more common in long-haired animals (especially Yorkshire and Persian dogs). Symptoms are variable in animals: usually depilation with dandruff, but healthy carriers without any symptoms are not uncommon, especially in cats.

Children become infected through direct contact with the carrier animal or indirectly through contact with objects, walls, soil infested with microscopic spores from the hair of the contaminated animal. These spores are very resistant in a dry environment (several years).

The diagnosis of ringworm can be done by examining the lesions with a special light called Wood’s light, which in some types of ringworms gives a bright blue green fluorescent appearance to contaminated hair.

However, even if the patient has very suggestive signs of ringworm, the diagnosis should be confirmed by professionals in a laboratory environment. Only this mycological examination can accurately identify the type of dermatophyte causing the infection.

The treatment of ringworms is based on the oral administration of antifungals or antimycotics for several weeks because the responsible fungi can be very resistant.

Some forms are more difficult to treat like that caused by Trichophyton tonsurans. Local treatment with specific shampoos does not cure the infection but makes it possible to reduce the spread of spores and, consequently, contagiousness. Shaving the hair has the same effect, but a complete mowing is not always essential.

It is also useless to wear a cap to try to limit contamination of those around you. On the other hand, you should not use the personal effects and other accessories (comb, brush, towel, glove, etc.) of an affected person. If the ringworm is due to a zoophilic fungus, the animal suspected of being the source of the contamination should be seen by the veterinarian. It is important not to use ointments for humans on animals without veterinary advice because some of them contain excipients that are toxic to animals.

Environmental treatment is also important, and involves rigorous vacuuming, cleaning floors and walls with hot water and soap, disinfection with 30% hydrogen peroxide or undiluted bleach. Carpets and rugs can be washed with dog shampoos. Potentially contaminated laundry should be washed in a long cycle at 30 °C (machine lightly loaded).

Sarcoptes Scabiei (several varieties), Trixacarus, Cheyletiella are mites responsible for itching, scabs and dandruff in animals, and pseudo-scabies in children, in whom they appear as itching and small pimples. They should not be confused with the agent of human mange (Sarcoptes scabiei hominis), which is much more serious and contagious, but which is not an animal disease.

A child becomes infected through direct contact with an affected animal, which is very rarely a healthy carrier. Scabies in animals cannot be transmitted directly from human to human.

Diagnosis in animals is made by visualizing the parasites via a skin sample, and treatment requires acaricides, in lotion, tablet or pipette form. In children, recovery is rather fast as long as good hygiene is implemented alongside the medical treatment.

Diseases transmitted by scratches or bites

Rabies are rare in the United States, with only 1 to 3 cases reported each year according to the CDC. Contamination, in humans as in animals, occurs by bite or more rarely by deep scratching. In animals, symptoms often appear within a few days, very exceptionally after 45 days, and are manifested by changes in behavior, aggressiveness, or conversely apathy, ambulation in broad daylight of a nocturnal animal, etc.

If you are concerned that you may have been infected by a potentially rabid animal, contact a rabies treatment center very quickly.

Cat-scratch disease is caused by a bacterium, Bartonella Henselae, which infects cats via fleas (transmission from one cat to another and dissemination on the body of the animal via flea poop very rich in bacteria).

Cats are mostly healthy carriers. But in humans, the disease begins with skin lesions (papule, vesicle, etc.) before developing into general symptoms (fever, fatigue, etc.) associated with an increase in the lymph node draining the scratch area. Most of the time this disease is mild and resolves within 1 to 4 months.

In some rare cases for people who are immunocompromised it is possible to see more serious symptoms (hepatic, cardiac).

The prevention of this disease essentially passes by an effective and constant treatment against the fleas of the cat.

Bites from cats, dogs and rabbits can cause local infections, resulting in suppurations, cellulitis or abscesses. They are due to germs present in the mouths of animals, often anaerobic. Pasteurellosis often produces significant inflammatory symptoms (heat, redness, pain) and can lead to bone and joint damage if not properly treated.

In cats and dogs, Pasteurellosis is most often asymptomatic. In rabbits, healthy carriage, which is very frequent, can nevertheless lead to various symptoms (respiratory, eye, nervous) during stress or intercurrent illness.

In the event of a bite from a dog, a cat or a rabbit, the bite wound should be cleaned for a long time with soap to allow oxygen to penetrate the wound, rinse thoroughly before disinfecting. In the event of pain, heat, redness, it is important to quickly contact a doctor in order to set up antibiotic therapy.

Leptospirosis is linked to a bacterium that is very sensitive to dry environments. It can only survive in humidity.

Rodents such as rats (wild or domestic) are therefore the reservoir of this disease and do not show symptoms.

Dogs and humans, on the other hand, once infected develop fever, liver and kidney damage, sometimes with jaundice, and in rare cases, pulmonary hemorrhages. This disease is fatal in dogs if it is not taken care of promptly.

Toxocariasis results from accidental human ingestion of roundworm eggs from cats and especially dogs. Roundworms in found our domestic animals cannot reproduce in humans, and the larvae resulting from ingested eggs will migrate to various places. In healthy adults, the consequences are not very important: a little fever, fatigue, transient muscle pain, but in children, the signs are sometimes more marked, and the larvae can migrate to very sensitive organs such as the eye or the brain. There may thus be general damage, with fever and hepatic, pulmonary and digestive signs, ocular damage with loss of vision, nerve damage with meningitis.

A child becomes infected by ingesting microscopic eggs present on the ground: ingestion of earth or sand, mouthing of dirty hands, or consumption of soiled foods (vegetables poorly washed), or more rarely consumption of undercooked meat.

Regular deworming treatment of domestic carnivores is a necessity. Treating dogs and cats against worms is the best way to protect them, but also to limit the risk of infection to humans and children. As female dogs and cats can transmit roundworms to their young during gestation or lactation, and parasite eggs can be very numerous in the environment, it is advisable to deworm animals from an early age, and to renew the treatment very regularly. Ask your veterinarian for advice.

Dipylidium Caninum is a very common worm from the tapeworm family. Fortunately, it does not cause serious symptoms in humans.

It lives in the intestines of dogs and cats. Its flattened body is made up of segments that break off as it grows. Easily visible in the stool, they are able to come out on their own through your pet’s anus and crawl on surfaces! Over time, these segments dry out and look like raw grains of rice. These grains of “rice” are often swallowed by flea larvae.

Children can become infected by inadvertently swallowing the fleas or by letting their face be licked by a dog or cat whose saliva has been contaminated.

Echinococci are flatworms, the adult of which is a parasite of foxes or dogs, and, more rarely, cats. Echinococci are not very dangerous for our pets, but their larval form can cause serious illness in humans, echinococcosis.

Dogs become infected by eating small rodents or mutton offal. Humans ingest the eggs by eating soiled vegetables or berries, or by putting unwashed hands in their mouths.

In humans, echinococcal larvae enter internal organs and form cysts there, compressing and destroying tissue, with serious consequences: destruction of the liver or huge cysts in the liver and lungs.

Most of the time, salmonellosis causes vomiting and severe diarrhea, accompanied by fever which can appear 48 hours to three days after infection. The outcome is most often favorable within a week or so, but there are cases of sepsis, meningitis, death in infants and immunocompromised people.

A child is contaminated by direct or indirect contact. It is essential to respect basic hygiene precautions when handling these animals. It is also advised to avoid their presence in the kitchen, to preferably wear gloves during treatment and, in all cases, to wash hands thoroughly after handling the animals if possible with antiseptic solutions. Finally, the presence of reptiles in the house must be reported to the pediatrician.

Yersinia pseudotuberculosis and Y. enterolitica are responsible Yersiniosis and bloody diarrhea in children.

Many animals can be healthy carriers of these bacteria: guinea pigs, mice, rats, chinchillas, turtles and other reptiles, but they can also be found in cats that have ingested contaminated rodents, which then often show digestive symptoms.

In humans, infection with Y. pseudotuberculosis occurs through ingestion of contaminated food or through contact with an infected animal. Human-to-human transmission is reported (by manual contact).

In the event of contamination, the affected animals should be isolated.

Other parasites or bacteria that infect our pets can infect children and cause more or less severe diarrhea. Among them we find, Giardia (dogs and cats), Campylobacter (dog, cat rabbit) or even Cryptococcus (ferret)

Some animal can be healthy carriers while others symptomatic (diarrhea, anorexia, vomiting). Diagnosis is made by stool analysis, and treatment can sometimes take a long time depending on the pathogen involved.

Pet birds (parrots, parakeets, canaries, etc.), but also pigeons, can be vectors of Chlamydia Psittaci, the agent of psittacosisin in humans.

In men, there are also three possible forms: conjunctivitis accompanied by severe headaches; the respiratory form resembling a flu with often slow convalescence and possibility of relapses and cardiac complications; the generalized or septicemic form with cardiac, neurological, hepatic, pulmonary or renal signs.

The usual mode of contagion by these animals is essentially aerial (virulent dust), more rarely direct, during handling of birds or cages.

The disinfection of the premises, by aerosols, the reduction in the number of birds, are possible measures to consider in the prevention of this disease.

Other diseases transmissible by inhalation

More anecdotally, some influenza viruses can be transmitted from dogs or ferrets to humans. Likewise, kennel cough, a canine form of pertussis, can be passed to immunocompromised children.

How to prevent pet-related diseases

Respect the basic concepts of hygiene with a domestic animal: 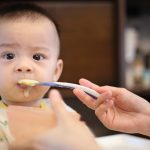 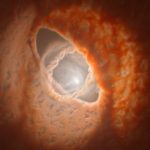