Originally from Asia, ginger has a solid and widespread reputation as an aphrodisiac plant. This perennial plant, which only grows in the tropics, is widely used as a spice in the cuisine of many countries in Asia and Africa, and increasingly in the West. But is its power as an aphrodisiac as great as popular belief confers it?

Used for centuries to spice up dishes, ginger contains many substances, including gingerol, which gives it this particular smell. Ginger has other serious health benefits. It contains many molecules with antioxidant properties. It is anti-inflammatory and relieves migraine. When taken regularly, it helps fight against osteoarthritis, digestive disorders and nausea, especially those related to pregnancy.

But ginger is also known as a sexual tonic. In Malaysia, it is used to win the hearts of women. In the Maghreb, it is used to rekindle the flame of love. In Senegal, women surround their hips with it to excite their husbands. Undeniably, ginger has a worldwide reputation as an aphrodisiac. Is it deserved?

Is ginger really an aphrodisiac?

No scientific study has shown that ginger is an aphrodisiac in humans. But several studies have investigated its effect on fertility.

In addition, the total semen volume in patients treated with ginger extract was reportedly increased by 36%.

The researchers reported that DNA damage (DNA fragmentation) was significantly reduced. However, this study did not include a control group, which makes it less reliable.

There remain those intriguing studies in animals  where it improves the viability and motility of sperm and increases testosterone!

Conclusion: ginger may have an effect on fertility, by reducing oxidative phenomena that affect the quality of sperm, but there is no proof that it is an aphrodisisac.

While ginger by itself may not be an aphrodisias, it nonetheless posseses some qualities that can imrpove one’s sexual life.

Indeed, the rhizome that we consume is composed of essential oil, sesquiterpene derivatives, and especially gingerol. Gingerol is an active ingredient that has stimulating and revitalizing properties on the body, in particular through a vasodilator action, without preventing sleep.

A vasodilator makes it possible to dilate the blood vessels, leading to a decrease in arterial pressure, but above all an increase in the blood flow of the territory where they cause vasodilation, in this case the erogenous zones of men and women, mainly the penis and clitoris.

Gingerol therefore makes it possible to facilitate and stimulate the flow of blood necessary for the erection of the penis and the clitoris, while making it possible to regain vitality in the event of physical or psychological fatigue, which oten hampers one’s sexuality.

With its sweet and tangy flavor, ginger has warming properties, increasing body temperature, often associated with feelings of arousal and carnal cravings.

The aphrodisiac effect of this warming action has not been proven by any scientific study, but it is the benchmark in many traditional medicines.

This warming property is beneficial for many ailments, such as surprisingly in the fight against baldness. This is because ginger helps grow hair by stimulating the flow and exchange of blood to the hair bulb.

There is no proof that ginger in itself is an aphrodisiac but thanks to its many health properties can it can indirectly affect your sex life. Furthermore, as its promotes general health you can definitely benefit from it one way or an another. 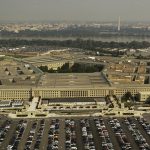 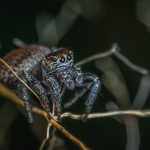 Next post Arachnophobia: why some people are afraid of spiders and how to treat it
0 Shares