Lung cancer is the third leading cancer in the United States with more than 200,000 new cases reported each year. It is mostly found in smokers, and in people who are exposed to second hand smoke and carcinogenic particles such as asbestos, chromium, nickel, arsenical, etc. However, it can also happen in people who have none of the aforementioned risk factors. Researchers have indeed found that the lack of certain fruits and vegetables from your diet can increase the risk of the disease.

The reason that fruits and vegetables are recommended is simple: they contain high amounts of antioxidants and other substances. By consuming enough fruits and vegetables, you are giving your body enough nutrients to prevent or fight against lung cancer. These foods will also help you prevent other cancers such cancer of the stomach, colon cancer and many others.

Each fruit and vegetable potion could be made up of the following elements: a tomato, a bowl of salad, half of cucumber, an apple, an orange, etc. Cooked green vegetables (250 g), strawberries (200 g) as well as cherries (10 g) can also be added to the list. A glass of pure juice (no added sugar), prepared at home, is also recommended; clementines and kiwis (2 of each) are good candidates.

Of all the fruits and vegetables out there, some are much more effective in the fight against lung cancer. It is important that you are aware of these foods so that you get the right amount of them.

In the red fruit category, you’ll find find raspberries, cranberries and blueberries. Blackberries and strawberries are also included. In the list of antioxidants, these are the best. They are effective for the simple reason that they contain ellagic acid, anthocyanidins or proanthocyanidins in significant amounts.

Cruciferous vegetables have long been recognized as being able to fight against lung cancer. These foods also contain the substances necessary to fight other cancers.

In this category, we find different types of cabbage; green and red cabbage namely. You can also go for sprouts in all their variety. Broccoli and Cauliflower are also cruciferous vegetables which can fight effectively against lung cancer. If you have cancer, these foods should all become your favorites.

Apart from red fruits and crucifers, citrus fruits are also very effective in fighting lung cancer. These are grapefruits, tangerines or lemon, etc. They are generally known to be high in vitamin C. It should be noted that vitamin C is not the only substance that these foods contain. They contain several other compounds essential to the body. An orange for example, on its own, contains 200 different chemical compensations.

Green tea has many virtues, including those of protecting against certain cancers, including lung cancer. According to a study conducted at Chung Shan Medical University in Taiwan and presented at a conference of the American Association for Cancer Result, a daily consumption of green tea, which contains powerful antioxidants, would significantly reduce the risk of develop a tumor in the lungs. The results showed that in smokers who did not drink green tea, the risk was twelve times higher than in people who drank at least one cup per day.

According to the EPIC study, conducted by researchers at the International Agency for Research on Cancer, vitamin B6 protects cells from the carcinogenic effects of tobacco and reduces the risk of developing lung cancer. Vitamin B6 is found in yeast, muesli, salmon, walnuts, tuna, cod. Its protective effects are associated with a diet rich in methionine, an essential amino acid found in eggs, fish, and vegetables. 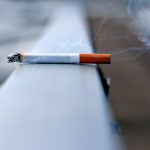 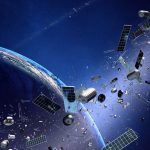