Sudden testicular pain can have different origins. Often the pain is mild, transient, and inconsequential. But sometimes it can reflect a more serious problem. Let’s take a look together at the causes, symptoms, and treatments of testicular pain.

This situation is often referred to as “blue balls”. The pain (harmless) radiates from the testicles to the lower abdomen in case of prolonged excitement without being able to ejaculate. The cause: An increase in blood pressure in the genitals that causes erection and swelling of the testicles.

Swollen blood vessels are blue in color, hence the term “blue balls”. The pain is actually caused by cramps.

What to do? Ejaculating is the only solution.

Testicular torsion refers to the twisting of the spermatic cord, which connects the testicle to the rest of the genital tract. The testicle rotates around the axis of blood supply and prevents circulation. It is one of the main causes of acute pain in the testicles. It mainly occurs in young men under the age of 20. Beyond 35, it is rare.

The pain begins in the lower abdomen and only later in the testicle itself. Swelling occurs, the testicle moves slightly upward and assumes a more horizontal position. The pain may be accompanied by nausea and vomiting, and more rarely fever or pain when urinating.

The cause? It is assumed that in some children the testicle is larger than in others. The larger the testicle, the greater the risk of torsion. The reasons why some adults still experience the phenomenon are unknown.

What to do? It is important to see a doctor right away or go to the emergency room. If the testis is twisted, the blood supply is compromised, and the testicle may wither. A small operation should be done as quickly as possible, preferably within 4-6 hours. If surgery is not immediately possible, the doctor may try to correct the rotation manually.

In an accident, one or both of the testicles can be damaged. This is usually due to a direct injury, for example during physical exercise, a kick in the crotch, a fall on the bar of a bike. In addition to sharp pain, a bruise often occurs, which slowly disappears. Sometimes a small operation is needed to collect blood from the scrotum by making an incision. If the testicle is torn, it must be treated surgically.

Inflammation of the testis or epididymis

If the epididymis (a small organ attached to the testicle) is inflamed, you will feel a sore thread above the tender testicle. The testicle is sometimes swollen, red, and hot. During urination, pain may appear, as well as a burning sensation. Oftentimes, urine amounts will be low. This phenomenon is also frequently accompanied by fever. If testicular inflammation (orchitis) occurs, the testicle will be swollen and painful.

The cause? The inflammation is caused by bacteria. The germs are the same ones that cause inflammation of the urinary tract or sexually transmitted diseases. This often happens after placing a bladder catheter. The mumps virus was once the main causative agent of testicular inflammation, but it has virtually disappeared since routine immunization.

What to do? This condition is treated with antibiotics. If a sexually transmitted infection is the cause, further testing is needed. A pain reliever will help relieve the pain, as will a cold compress and wearing supportive underwear.

An inguinal hernia can cause scrotal pain. If the hernia becomes larger, it can enter the scrotum. It then pushes against the testicle. The situation generally develops slowly. An inguinal hernia is dangerous if a portion of the intestine cannot be replaced. The hernia is then very painful and accompanied by nausea and vomiting. It needs to be dealt with urgently.

The cause? An inguinal hernia can be congenital or develop over the years. Most inguinal hernias occur in newborns. The duct through which the testes came out is not yet closed sufficiently and part of the intestine may enter it, forming a hernia. The possible causes of inguinal hernias at an older age are heavy lifting, too much pressure in case of constipation, frequent coughing, or significant weight gain.

What to do? In newborns, as the inguinal canal may still close, no immediate action is taken. Babies with inguinal hernias are usually only operated on after a period of one to three months. At a later age, surgery usually corrects the problem.

A hydrocele is an effusion of fluid in the scrotum, which causes it to swell. This phenomenon is very frequent. Usually, a hydrocele is small and soft to the touch. Sometimes, however, it can reach six inches in diameter and even become so large that it hinders certain activities. Hydrocele is estimated to occur in 1% of men over 40. It is also common in newborns, but it usually goes away on its own during the first year of life.

The cause? In some circumstances due to trauma or infection, but also very often without an apparent cause, the amount of fluid around the testicles increases dramatically, which causes hydrocele.

What to do? Treatment is not absolutely necessary unless the hydrocele becomes very large, heavy, and bothersome. The operation is then done through an incision in the scrotum, which allows the fluid to be removed. This operation is also performed in children whose hydrocele has not disappeared between 12 and 18 months. If the hydrocele is caused by a bacterial infection, antibiotics will usually suffice.

The spermatocele (or cyst of the epididymis)

This is a swelling formed by the accumulation of semen in the scrotum. The cause? A failure in the connection between the testis and the epididymis, due to inflammation, an accident, or after a sterilization operation…

What to do? Often a spermatocele does not need to be treated. If it is bothersome or painful, it can be removed surgically. After the operation, a recurrence is possible. In addition, there is a risk that the pain will get worse.

These are varicose veins that form around the testicles. Sometimes you feel pain and a feeling of heat and pressure in the scrotum and this pain increases in the evening or during exercise. Usually, it is completely harmless. In adolescents, a varicocele can cause the testicles to differ in size, which can affect fertility.

The cause? This is a congenital problem that often does not manifest itself until the testicle grows because that is when it requires more blood and therefore more intensive drainage of the blood vessels.

What to do? Varicose veins are treated with a small operation to plug them.

Testicular cancer is relatively rare and typically affects men between the ages of 16 and 30. It is a malignant condition that usually progresses quickly and can spread. Typically, there is a hard, irregular swelling of the testicle, which may be accompanied by pain (including in the groin and lower back) and a feeling of heaviness in the scrotum.

The cause? The precise cause(s) of testicular cancer is not known.

What to do? Treatment should be started as soon as possible. It consists first of all in surgical removal of the testicle. Depending on the extent of the tumor and the presence or absence of metastases, additional treatment will be considered: chemotherapy or radiotherapy.

A kidney stone can cause pain that can radiate to the groin and scrotum. It usually causes nausea. The cause? Severe pain is usually caused by a descending kidney stone in the ureter (the connection between the kidney and the bladder).

What to do? Using an ultrasound of the kidneys and an x-ray, the size and location of the stone can be determined to determine the appropriate treatment.

Prostate pain may be drawing, stabbing, sometimes burning, in the area between the scrotum and anus, in the lower back, and in the penis. The pain is not continuous but occurs in waves. Sometimes urinary disorders such as burning or frequent urination can also occur. Impotence problems are also linked to it.

The cause? The exact cause is unknown. The pain manifests itself especially in cases of cold, tension, nervousness, consumption of alcoholic beverages, very spicy food, and prolonged sitting. Men around 40 have it more often than older or younger men, but the disease occurs at any age. In this condition, the prostate is not inflamed but only irritated.

What to do? The pain is not associated with serious illness, but it can be difficult to deal with. Sometimes pain relievers or other medications, warm baths, pelvic floor exercises, and rest will help with symptoms. Regular ejaculations (two or three times a week) can also reduce symptoms.

Inflammation of the prostate (prostatitis)

Inflammation of the prostate can occur at any age. It causes swelling of the prostate tissue, and therefore compression of the urethra. Urinating becomes more difficult and usually more painful. There may also be burning pain in the area between the scrotum and the anus. The testicles may be more tender and painful to the touch. Pain in the lower abdomen and groin can also occur.

What to do? In the event of bacterial inflammation of the prostate, the treatment consists of a long-term course of antibiotics (at least 30 days), to be strictly observed. If you are in pain, the doctor will also prescribe a mild pain reliever. It is also important to drink enough, at least 2 liters per day. Regular ejaculations (two or three times a week) are recommended to remove the inflamed prostate fluid.

There is no clear treatment for chronic non-bacterial inflammation of the prostate. Different treatments can be tried, but they often have little result. Sometimes the doctor will prescribe an antibiotic treatment if they cannot formally rule out inflammation of bacterial cause. Pelvic floor physiotherapy, analgesic electrostimulation, and heat therapy are other possible treatments. Hot baths, periodic prostate massages, and frequent ejaculation would also help reduce symptoms. 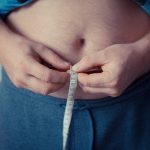 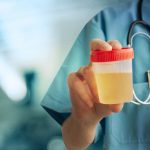