German researchers have succeeded in dividing people with prediabetes, the pre-stage of type 2 diabetes, into six categories. This represents an important step in the development of tailored treatments for certain at-risk groups, to ensure that prediabetes in fewer people develop into diabetes.

Before people get type 2 diabetes, they go through a phase called prediabetes. At that stage, your blood sugar levels are higher than normal but not so high to speak of diabetes. Your body is already less responsive to the hormone insulin, which makes it more difficult to process blood sugar.

About half of people with prediabetes actually get diabetes within ten years. Prediabetes also increases the risk of cardiovascular disease. In order to reverse prediabetes, it is generally important to eat healthily, exercise more and lose weight and stop smoking if necessary.

Not all people with prediabetes have the same health risks, but until now there was no clear distinction between the different risk groups. That made it very difficult to predict in patients the likelihood of diabetes and serious complications, such as kidney failure. However, German researchers, including the University of Tübingen and the German Centre for Diabetes Research (DZD), have now made a breakthrough.

For their study, the scientists analyzed the health data of some 900 people collected over 25 years by a German research program and further tested their findings with data from 7,000 Londoners. Using statistical techniques, they succeeded in dividing people with prediabetes into six groups. This division was based on several crucial characteristics, including blood sugar levels, fatty liver disease, the distribution of body fat, fat content in the blood, and the genetic risk of diabetes.

People in categories 1, 2, and 4 have only a limited risk of diabetes and related conditions. Those in group 4 are overweight, but their health is still pretty good.

The other three groups are more at risk of diabetes and additional problems, such as kidney damage. Category 3 people do not insulin problems and have genetic risk factors for diabetes, while those in category 5 have a highly fatted liver and have become desensitized to insulin. In people in category 6, their kidneys are damaged before they are even diagnosed with diabetes. In this latter group, most premature deaths occur.

The researchers now want to look at how this classification can be used in practice to distinguish at-risk patients and develop more precise treatments and prevention strategies. Such tailor-made care can prevent and treat diabetes and related health problems more efficiently. This is urgently needed because diabetes is on the rise all over the world. Some 460 million adults with diabetes are already suffering worldwide and it is feared that this number will rise to 700 million by 2045. 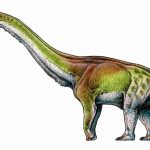 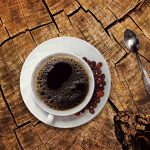