Toxoplasmosis is a zoonotic disease, which means it is transmitted to humans from animals, most often from cats. You can also get it by eating undercooked meat.

Toxoplasmosis is an infection caused by a parasite, Toxoplasma gondii. This disease is most commonly transmitted to humans when they swallow the eggs of these parasites, which are called oocytes.

These eggs can be present in the intestines of cats, for example if they have eaten mice or other wild animals. They are then passed through the stool and the person can be contaminated by changing the litter box.

The 2nd most common mode of transmission involves eating meat (especially pork and mutton, but sometimes also beef) that has been contaminated before slaughter: for example, if the animal swallows grass contaminated with feces of cats. Meat tissues are therefore contaminated with small cysts (invisible to the naked eye), and it is only by cooking the meat very well that contamination can be avoided.

Who is affected? What are the risk factors?

It is estimated that more than a third of the world’s population has come into contact with the toxoplasmosis parasite, but they don’t always know it. Sometimes the infection goes unnoticed or looks like the flu.

People who come into frequent contact with cat feces and those who have visited hot countries with poor hygiene practices are at greater risk of becoming infected with the parasite.

The main symptoms of toxoplasmosis

In the majority of cases, toxoplasmosis goes unnoticed and causes no symptoms, even in pregnant women (hence the danger).

Sometimes the infection causes some symptoms that resemble the flu or mononucleosis:

Some additional symptoms are added in people with weak immune systems, such as those who have had a transplant or chemotherapy, or people with HIV/AIDS:

Toxoplasmosis is diagnosed by a blood test to identify the presence of certain antibodies.

Complications are very serious if the person infected with toxoplasmosis is a pregnant woman. If the infection takes place in the first trimester of pregnancy, the chances of the fetus being infected are 15% and most often result in a miscarriage. If the infection occurs in the 2nd trimester, the risk of passing the parasite through the placenta is 30%, and 60% during the 3rd trimester.

The consequences could be various problems in the baby at birth:

The recommended preventive measures against toxoplasmosis are particularly important in pregnancy:

Most people infected with the toxoplasmosis parasite do not need treatment and will recover on their own.

In people who have symptoms or in pregnant women whose fetuses are infected and whose pregnancy is later than the first trimester, toxoplasmosis is treated with a combination of two antiparasitic drugs: pyrimethamine (Malocide®), a drug also used to treat malaria and sulfadiazine (Adiazine®), an antibiotic. Since pyrimethamine is a folic acid antagonist, folic acid is also prescribed to counter the harmful effects of the drug, especially if taken for a long time.

Corticosteroids (such as prednisone) are used for ocular toxoplasmosis. Vision problems can still reappear. Constant vigilance should be observed to detect any recurrence early and prevent the slow deterioration of vision.

Pregnant women who have contracted the disease but whose fetus is not infected can use spiramycin (Rovamycin®), another antibiotic.

Isatis. An in vitro test indicates that derivatives of tryptanthrin, one of the compounds present in isatis, could fight the parasite that causes toxoplasmosis2. However, more studies should be done before recommending any treatment.

Toxoplasmosis is an infection that most often goes unnoticed. If you have a weak immune system (HIV / AIDS, chemotherapy) you are probably aware of the risks involved and should be alert for symptoms of the disease (similar to those of the flu or mononucleosis).

Also, if you are pregnant and have symptoms compatible with toxoplasmosis, do not hesitate to consult your doctor. The latter, using simple blood tests, could determine if toxoplasmosis is involved and especially if it is newly acquired. In this case, steps could be taken to protect your baby. 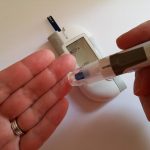 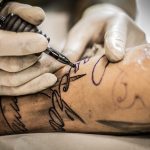