Gestational pemphigoid or gestational herpes is an autoimmune disease that develops from the ninth week of pregnancy, although on average it does so at approximately week 21 and can be started even one week after delivery. It is characterized by the appearance of red plaques on the skin that begin in the navel environment and extend concentrically, being able to affect arms, legs and other locations, although rarely to mucous membranes.

These plaques are sometimes accompanied by vesicles or blisters very similar to those that occur as a result of shingles infection.

Gestational pemphigoid usually debuts during the first pregnancy and may occur on a recurring basis in subsequent gestations or when the woman who has already suffered from it is subjected to contraceptive or other hormone therapies.

The most important issue of gestational herpes is that it can affect the fetus to some extent, although the risk of this happening is very low: stillbirth, placental insufficiency, preterm birth, and the possibility of the newborn having transient skin lesions similar to those of the mother that usually go away on their own without the need for any treatment.

Diagnosis of gestational pemphigoid should be confirmed by performing a skin biopsy obtained from the red plaques, as it is usually a condition that manifests mildly and only blisters appear in the most severe cases.

Treatment will depend on the degree of development of symptoms. In milder cases, topical corticosteroids are usually used to be applied to the red areas of the skin. However, if the disease has reached a more advanced level, antihistamines may be used. However, when the clinical picture is more severe, it is necessary to increase the dose of corticosteroids and administer them either orally or by intravenous injection. Neither corticosteroids nor antihistamines pose a risk to the fetus, so they can be given throughout the rest of the pregnancy and even after delivery.

Finally, in the most serious cases it is possible to apply a treatment technique called plasmapheresis that consists in the extraction of some blood from the mother to separate the plasma – in which the antibodies are located – and replace it with normal plasma before infusing the blood back to the patient. 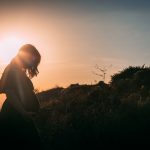 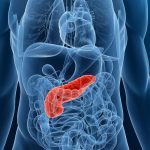