Kawasaki’s disease is named after Japanese doctor Tomisaku Kawasaki, who first described the condition in 1967. It is the most common non-congenital heart disease in children in developed countries. Nevertheless, the disease is still a rare condition. It is a disease that mainly affects young children: 80 to 90 percent of all cases are detected in children aged 5 years or younger. In this group of young children, the disease is diagnosed annually in 4 to 25 children per 100,000 children. However, the condition is more common in children from East Asian countries. In Japan, for example, the number of cases is up to 20 times higher than in European countries.

What is Kawasaki’s disease?

Kawasaki’s disease is characterized by widespread inflammation of the blood vessels. In particular, the medium-sized blood vessels, such as the arteries that supply the heart with blood, are affected by the disease.

Scientists suspect that a combination of genetic predisposition and infection causes the disease. This has not yet been confirmed in scientific research. Therefore, the cause of the condition remains unknown for the time being.

The most typical symptoms of this condition are:

Most parents will quickly schedule a doctor’s visit for their child, due to the persistent fever seen in the disease. The doctor will then make the diagnosis based on the above symptoms, where the long-term fever is the main symptom. Additional examination, such as a blood draw or liver function test, is used to confirm the diagnosis.

Course of the disease

Kawasaki’s disease lasts on average six to eight weeks and can be divided into three phases:

The child is now cured of the disease. However, during the course of the disease, the child may have developed an aneurysm. This is a local dilation of a blood vessel. Up to 25% of patients develop an aneurysm in one of the blood vessels that supply the heart with blood. This is a dangerous heart defect, which can lead to sudden death.

The medical treatment of Kawasaki’s disease is aimed at preventing the development of heart defects and alleviating the symptoms of the disease. A study of Japanese children found that timely treatment with the right medication reduces the risk of an aneurysm in the heart from 20% to 4%. The medicinal treatment is therefore essential to offer the child the best possible future perspective.

Children who have experienced Kawasaki’s disease have an increased risk of cardiovascular disease later in life. Therefore, adjusting the lifestyle is an important means in the treatment of these patients. You can think of a healthy diet, sufficient physical activity, no smoking and avoiding obesity.

In severe cases, surgery can help treat the complications caused by Kawasaki’s disease. 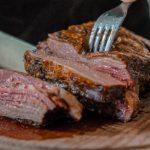 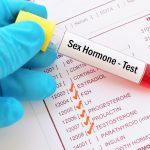 Next post What are hormones and what do they do?
0 Shares