Nausea and vomiting are just a few words of pregnancy: they affect 50 to 90% of pregnant women and usually begin during the first weeks of pregnancy. However, there are effective remedies to relieve them. Do not hesitate to try out several of these tips before talking to your doctor.

Where does pregnancy nausea come from?

In the most severe cases of nausea and vomiting, we speak of hyperemesis gravidarum: continuous vomiting in large quantities disturbs the good nutrition of the mother-to-be. This most acute form affects between 0.3 and 3% of pregnant women.

The causes of pregnancy nausea

The hormonal upheaval associated with pregnancy plays a large part in the onset of nausea and vomiting. During the first 12 weeks of pregnancy, a hormone, commonly called hCG (human chorionic gonadotropin) — the one that is tested for to determine if a woman is pregnant — is suddenly and heavily released. The level of hCG would be directly related to the intensity of nausea. In fact, research shows that women who are most prone to nausea have higher levels of hCG and T4 thyroid hormone.

The rate of release usually stabilizes in the second trimester of pregnancy and nausea often subsides at the same time.

The start of pregnancy is normally full of physical and biological upheavals. The uterus, by changing and enlarging, can compress the diaphragm more or less and thus provoke nausea.

Fatigue experienced during the first few months of pregnancy can also contribute to nausea.

Nausea and vomiting can also occur after infection with a bacteria called Helicobacter pylori and can possibly be worsened by a deficiency of vitamins and in particular vitamin B6.

An overdeveloped sense of smell

During pregnancy, the pregnant woman has an overdeveloped sense of smell. This old mechanism would aim to protect the fetus, very fragile during the first trimester, from possible poisons. Thus, in the old days, women instinctively protected themselves by not eating dishes with an unpleasant smell that might contain spoiled food. Nowadays, this hypersensitivity is the reason why that certain smells like those of perspiration, perfume, exhaust pipes or even cooked food can be very unpleasant for pregnant women and cause nausea.

How to prevent nausea during pregnancy

It is difficult to prevent nausea, but certain actions can decrease its frequency and severity:

Foods to eat against pregnancy nausea

In general, all fatty nuts such as almonds, peanuts, hazelnuts and nuts contain vitamin B6, an ally to combat nausea during pregnancy.

They are also an important source of nutrients and healthy fats, so you can take a small portion of nuts every day or include them in delicious recipes to facilitate consumption.

Squeezing lemon and drinking the juice with a little sugar is a remedy that usually works to relieve nausea.

You can also add some lemon juice to a glass of water and drink it. There are even those who cut the lemon in half and inhale its perfume when they feel nauseous.

If you’re not such a fan of lemon, you can make lemonades by combining it with other fruits like strawberries, pineapples, or raspberries, all also with important benefits in pregnancy.

The benefits of ginger intake in pregnancy have been observed to reduce nausea and vomiting that usually occur during pregnancy, when consumed in amounts of 1 gram daily.

You can also get ginger oil from this root. Among its properties it has also been found that ginger has powerful antioxidants, even with a superior effect to those present in garlic.

It is also a good source of minerals such as selenium, potassium, iron, magnesium and zinc, and vitamins, among which vitamin E and B-complex, especially folic acid.

There are different types of sparkling water, and the are not all equal. For pregnant women, low sodium sparkling water is recommended. Unlike the typical water, many types of gasified water increase the amount of sodium to levels that are sometimes not advisable.

Drinking low-sodium sparkling water in small sips has been found to help pregnant women against nausea. Nonetheless, you should avoid very sweet, caffeinated or dairy drinks, which can make nausea worse.

Bananas can help relieve the feeling of nausea by stimulating mucosal production in the lining of the stomach. The mucosa creates a barrier against gastric acidic substances that cause stomach disturbances. It is also a recommended food to combat acidity thanks to its alkalizing properties.

Dry foods settle your stomach and help mitigate the feeling of nausea in the morning. A good tip is to leave a couple of cookies on your night table to eat them in the morning as soon as you wake up.

Pickles have been found to mitigate the feeling of nausea in pregnancy. Pickles are also a source of folic acid, an essential vitamin for pregnant women, and help prevent acidity. However, its strong taste may not be well accepted by all pregnant women.

You can consume them as is or include them in a Danish-style sandwich for an uncomplicated dinner or as an ingredient in a cold beet soup.

Apples (in all their variety) are one of the must-have fruits during pregnancy. They are an ideal snack to consume between meals: healthy, nutritious and perfect for hydration.

They also help keep nausea at bay. You can eat them as is, skinless if you don’t tolerate it well, in pieces in a yogurt, prepare it in compote, or include it in your dishes in any original way.

Cereals such as white rice help to settle the stomach and avoid nausea and vomiting. There are several varieties of rice, but brown rice is the most recommended. There are also hundreds of ways to cook rice depending on cuisine and geography. But, in any case, steamed or boiled, mixed with vegetables or fried, including some rice in your diet can help against nausea during your pregnancy.

Raisins are also an important source of vitamin B6, so they are effective at relieving nausea. They are also good source of fiber and carbohydrates, many of them natural sugars. In addition, they offer a variety of minerals including calcium, potassium, iron and magnesium, and also have a minimum of vitamin C.

You can have them at breakfast alone, in a chia pudding or in a crispy muesli of oats and almonds.

A good idea is to always carry a handful of them in your bag to snack between meals, as they are also very healthy as a snack.

Many people don’t know, but pumpkin seeds are also edible, and have very beneficial nutrients. In addition to being a source of magnesium, they can help relieve nausea. You can toast them for a healthy snack.

Wheat germ is a superfood derived from a widely used cereal and in addition to having an important supply of plant proteins, it is a concentrated source of iron and vitamin B6, an ally against nausea and vomiting.

You can add a tablespoon of wheat germ to a skimmed yogurt, or incorporate it into a burger patty, cake, bread, or biscuits to replace the refined flours. Carbohydrates are well tolerated, settle the stomach and are easily digestible.

Carbohydrates are most of the time well tolerated by pregnant women. They help settle the stomach and are easily digestible. Potatoes work very well as a side dish. It is preferable to boil or steam them. Avoid French fries and potato chips.

If you get nauseous while eating meat, but you do not want to give meats up all together, you can choose lean meats like turkey and avoid those that have more fat like pork. Opt for non-processed breasts and cook it grilled or steamed. You can make some delicious avocado and turkey quesadillas for dinner or some Swedish-style albondigas.

Like potatoes and cereals, pasta helps combat unpleasant nausea. You can take pasta dishes two or three times a week, and better if it’s wholegrain pasta to increase fiber intake and improve intestinal transit and and help against constipation, a common pregnancy discomfort. 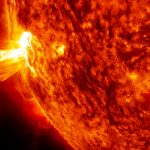 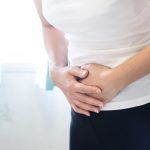 Next post What to eat to stop constipation
0 Shares