Overweight, diabetes, cardiovascular disease, digestive problems… these are some of the consequences of a lack of sleep or poor quality sleep.

When you ask politicians or certain intellectuals how they manage to do so many things, they typically answer “I get little sleep”. And in a world where artificial light is not lacking, it can be tempting to nibble on your nightly rest time. This is how some people come to completely disrupt their natural cycles and accumulate a lack of sleep.

Some people have slept poorly for years, without finding a solution, due to undiagnosed sleep apnea or chronic insomnia. And without knowing it, all of them are putting their health at risk. Indeed, according to a study published in the journal Sleep Medicine in August 2016 which analyzed 153 studies on sleep comprising a total of more than 5 million people, a short sleep duration is associated with greater mortality, diabetes, hypertension, cardiovascular disease and obesity. In this article, we will take a closer look at the health consequences of chronic sleep deprivation, supported by scientific studies.

This is arguably the most documented consequence of a lack of sleep: when you don’t get enough sleep, you gain weight. This could be explained mainly by the fact that we then tend to eat more, and more particularly caloric foods, when we stay awake at night.

According to a meta-analysis of studies on the consequences of partial sleep deprivation on energy balance, sleep deprivation would lead to eating 385 kcal (calories) more without varying energy expenditure. People who do not get enough sleep would eat more fatty foods, less protein (no variation for carbohydrates). In adolescents, on the other hand, lack of sleep leads to a greater consumption of sugary foods.

In children, as in adults, the link between chronic sleep deprivation and obesity is well established.

Chronic sleep deprivation appears to lead, according to scientific studies, to a decrease in insulin sensitivity and a greater risk (by 37% on average) of developing type 2 diabetes. Loss of insulin sensitivity can also cause weight gain and is one of the first stages of diabetes. In addition, in people who already have diabetes, sleep disorders are accompanied by a deterioration in blood sugar control. Results: more complications. Sleeping well therefore seems crucial when you have diabetes or if you are at risk of diabetes (family history, overweight, high blood sugar, etc.).

For scientists, chronic sleep deprivation induces different types of biological effects including increased oxidative stress and altered inflammatory response, mechanisms involved in cardiovascular diseases. Epidemiological studies have also shown that chronic sleep deprivation is associated with coronary heart disease, hypertension and arrhythmia (regardless of economic or demographic factors). A lack of sleep, and conversely too much of it, may also increase the risk of having a stroke according to a recent European study.

Night workers are at higher risk for cancer, which suggests that there is a link between sleep and this disease. Chronic lack of sleep leads in particular to the formation of reactive oxygen species, thus increasing oxidative stress, which could lead to the development of cancer. However, studies on the link between cancer and lack of sleep are not very numerous and often contradictory. The link between lack of sleep and cancer therefore does not seem to be really established.

The vicious circle of digestive problems

Poor sleep can lead to an exacerbation of digestive disorders via the formation of inflammatory molecules, this is the case with gastroesophageal reflux for example. But reflux, dyspepsia, or irritable bowel syndrome can also affect sleep cycles and lead to chronic sleep deprivation.

To feel in good shape, avoid accidents, perform well at work and for all the health reasons mentioned above, it is better to get good quality sleep, ideally between 7 and 9 hours a night.

Recently, sleep disorders have been associated with risk factors involved in neurodegenerative diseases, in particular Alzheimer’s disease and Parkinson’s disease. Chronic sleep deprivation leads to changes in the brain through the accumulation of beta-amyloid and Tau proteins (biomarkers of Alzheimer’s disease).

A study that followed patients for 6 years indicates a 1.5 times higher risk of developing Alzheimer’s disease in patients with very fragmented sleep compared to people who sleep well. Other researchers have determined that people with subjective complaints of insomnia had a 33% increased risk of dementia overall and 51% increased risk of Alzheimer’s disease compared to people without insomnia.

More research is underway to assess the responsibility of sleep disturbances in other neurodegenerative diseases such as amyotrophic lateral sclerosis (ALS) and dementia.

Sleep and mental health are inextricably linked. During puberty, adolescents experience changes in their circadian rhythm known as “phase delay” that prevent them from falling asleep early enough to get their needed 9 hours of sleep, given the very early hours of school. Trying to make up for those missed hours of sleep over the weekend does not make up for lost sleep.

If this chronic lack of sleep in adolescents leads to an increase in inattention, drowsiness, bad mood and has an immediate impact on their school results, in the long term it can also cause mental health disorders (depression, anxiety ) according to a study. These disorders are linked to poor development of the brain, particularly the areas involved in managing emotions, due to lack of sleep. 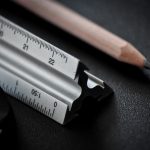 Previous post Why the US rejects the metric system 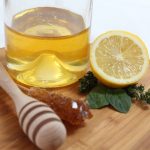