Green tea is full of health benefits. Indeed, originally from China and India, green tea has been consumed for centuries around the world for a multitude of reasons. Among its amazing properties, green tea is said to be good for the brain, helps people to lose and maintain weight, prevents cardiovascular diseases, diabetes, and even cancers.

What makes green tea so healthy?

As we just saw, green tea is packed with health benefits. The polyphenols in green tea, which contain multiple subcategories of polyphenols such as flavonoids and catechins, can reduce the formation of free radicals in the body, protecting cells, molecules, and other structures from damage.

As oxidative stress damage contributes to the development of cancer, antioxidants generally have a protective effect against this pathology. Observational studies have shown a link between green tea consumption and reduced cancer risk. For example, women who drink the most green tea would reduce their risk of breast cancer by 22%, according to a 2006 study. Similarly, a study of 69,710 Chinese women found that green tea drinkers had a risk of colorectal cancer reduced by 57%.

2.     Green tea would be beneficial against cardiovascular disease

A 2006 study in the Journal of the American Medical Association found that green tea consumption is associated with reduced mortality, including cardiovascular causes.

The study followed 40,000 Japanese people aged 40 to 79 over 11 years. Those who drank more than five cups a day of green tea had a significantly lower risk of death, especially from cardiovascular causes; for example, in women, the risk was reduced by 31% for cardiovascular death.

Similarly, the consumption of green tea is associated with a reduced risk of stroke according to a study published in Stroke. The cardioprotective effect is linked to the presence of epigallocatechin gallate (EGCG) in green tea.

Type 2 diabetes is characterized by high levels of glucose in the blood, resistance to insulin or an inability to produce it. A study from 2013 shows that green tea can lower blood sugar. A recent study also suggests that the GCG in green tea reduces the risk of insulin resistance in rodents.

Finally, a study of Japanese people found that those who drank the most green tea reduced their risk of type 2 diabetes by 42%.

Green tea contains caffeine, which is a stimulant for the brain. Even though it contains less of it than coffee, the caffeine in green tea is in sufficient quantity to cause a response in the body.

Green tea also protects the brain as we age: the catechins in green tea have protective effects on neurons in vitro and in animal models. These compounds could therefore help prevent neurodegenerative diseases such as Alzheimer’s and Parkinson’s. Research published in 2017 suggests that EGCG may reduce cognitive decline.

Catechin also has antiviral and antibiotic properties, which makes green tea a very effective treatment. Indeed, research indicates that green tea slows the spread of many diseases, from the flu to cancer!

According to South Korean researchers, green tea helps improve acne. This is because EGCG, the main polyphenol in green tea, has the ability to reduce sebum production and inflammation. The molecule also reduces the viability of the bacteria P. acnes, which causes skin disease. In a clinical trial, patients suffering from acne saw their problems improve. This is early research on acne, but very promising.

Green tea is also well known for its slimming properties and weight loss supplements generally contain it. If its diuretic effect is often put forward, it is not the only reason. Indeed, green tea contains caffeine which has an effect on the combustion of fat in the body.

In addition, the high rate of catechins and epigallocatechin acts on the distribution of fat in the body, especially fat located in the abdomen.

In 2012, a study confirmed the effect of green tea on fat. The clinical trial involved 240 men and women who after consuming green tea for 12 weeks saw their body fat percentage, weight, waist circumference, and abdominal fat level decrease.

But beware, the mild fat-burning effect of green tea and its draining effect can be a boost to a diet combined with physical activity, but the drink alone does not significantly make people lose weight.

Green tea is rich in antioxidants. It is also a source of tannins, flavonoids, amino acids, and vitamins. These nutrients thus participate in maintaining a good balance of the microbiota, a vector of good health (digestive, immune, etc.).

Regular consumption of green tea associated with a balanced lifestyle contributes to digestive well-being. Japanese teas, such as Sencha or Matcha, are particularly suitable here for their nutritional richness.

Green tea acts as a shield against free radicals. It is also rich in vitamin E, which is beneficial for the skin. Thus, it preserves the skin from premature aging and helps it maintain its natural elasticity.

Studies show that green tea inhibits the growth of the bacteria responsible for plaque formation, reducing the risk of caries (tooth decay) and gum disease.

For this bacterial-inhibiting effect, it is important that the oral cavity comes into contact with the polyphenols in green tea. You get this effect by drinking green tea.

Pills with green tea extract will not improve work in this situation.

Cancer and cardiovascular disease are at the top of the list of the most common causes of death in our Western society.

Since green tea reduces the risk of cancer and cardiovascular disease, the logical consequence is that green tea drinkers live longer. This has been confirmed in different studies.

A 6-year study of 14 thousand Japanese found that the people who drank the most green tea died the least often during the period they were followed.

This effect is due to the caffeine in green tea. Caffeine improves physical performance because it can make stored fat available as a useful form of energy.

Studies show that physical performance improves by 11% to 12% by using caffeine.

People with rheumatoid arthritis suffer from chronic inflammation of the joints. Especially the wrist, hand, and foot joints can be painful and stiff.

Researchers at the University of Michigan found that a substance in green tea reduces the production of molecules that trigger inflammation and joint pain in your immune system.

Another publication suggests that a substance in green tea can help protect cartilage and bones, which is beneficial for people with rheumatoid arthritis.

14.    Helps with an enlarged prostate

Benign Prostate Hyperplasia (BPH) is a benign enlargement of the prostate. This is something most men have to deal with as they get older. Since the prostate is around the urethra, this usually causes problems with urination.

There is data that suggests that drinking green tea can make your bones stronger. This may be because it is alkaline in your body, preventing the leaching of minerals from your bones, keeping the acidity of the blood in check, and maintaining the correct pH of the blood.

Tea doesn’t dry out. While it’s a common belief that everything with caffeine dries out, this isn’t true. Caffeine may be a diuretic, but the volume of water from a cup of tea overcomes any drying effect of the caffeine in the tea. A cup of tea is a great hydrating drink in which healthy substances are mixed.

17.    Improves your mood and helps you relax

The amino acid L-theanine in green tea increases the activity of GABA, a substance in the body with an inhibitory (inhibitory) effect, which has an anti-anxiety effect. L-theanine also increases dopamine and the production of alpha waves in the brain, helps you relax, reduces stress, and helps reduce depression.

Wastes that are detrimental to the body’s other organs are filtered out of the bloodstream by the liver. These wastes, however, might have a detrimental influence on your health if they build up in the liver.

In addition, a buildup of waste in the liver may compromise the functioning of the other important organs. Drinking a cup of tea every day ensures that the liver is cleaned, and toxins do not get the chance to block the liver. This makes the liver healthier and does not give infections the opportunity to affect this important organ.

How much green should you drink per day?

Studies examining the benefits of green tea come with conflicting results when it comes to the amount you should drink daily. Some studies have seen health benefits with just one cup a day, while others suggest that five or more cups would be optimal.

Green tea has several health benefits. And most of them are due to the load of antioxidants and nutrients contained in the tea. Green tea contains polyphenol, a micro ingredient that plays a role in age-related diseases such as heart disease and cancer. It contains flavonoids (which are essential for the metabolism of vitamin C) and catechins that counteract the multiplication of bacteria. If you love drinking green tea, let us know in the comment section! 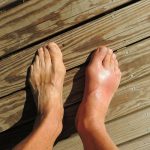 Previous post Gout Diet Recommendations: What to Eat and What to Avoid 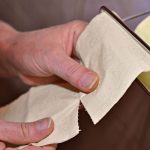